Following on from thread:

On the OEM Twitter feed is this: [image] What is it? And why is it an “energy indicator” (other than it lights up when powered)?

The development of the ESP8266 based WiFi pixel display has been continuing, the unit is now called emonPixel . @David_Hunnisett has been doing an amazing job designing a laser cut plywood enclosure for the unit.

Here are a few photos of the emonPixel simulating displaying % solar PV generation Vs Consumption: 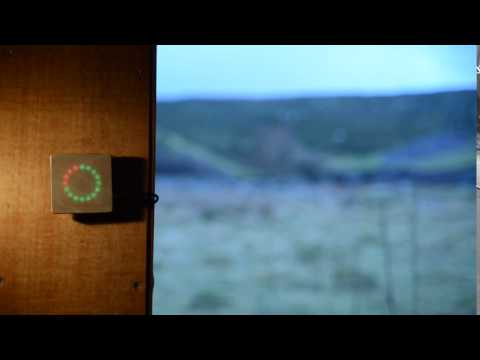 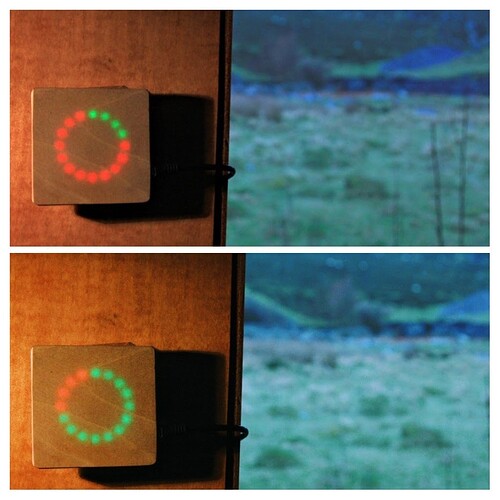 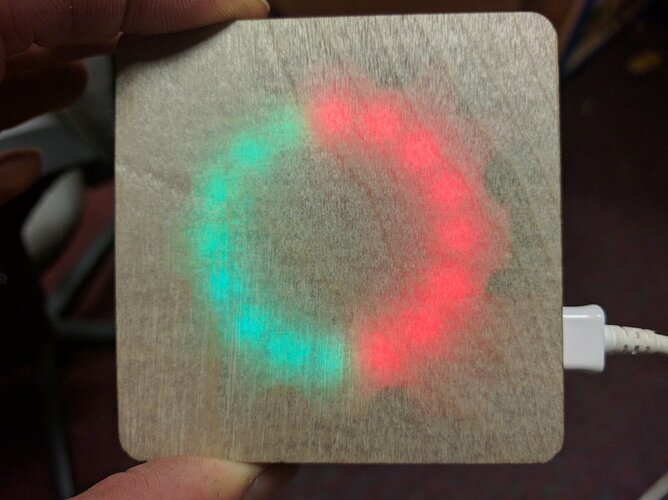 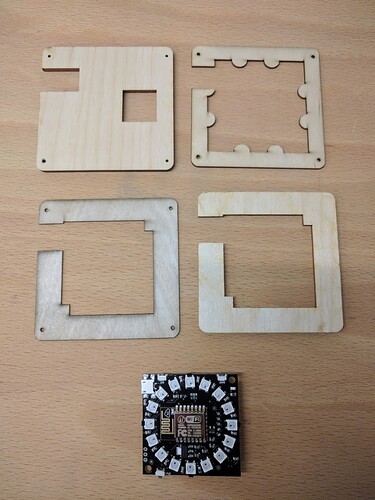 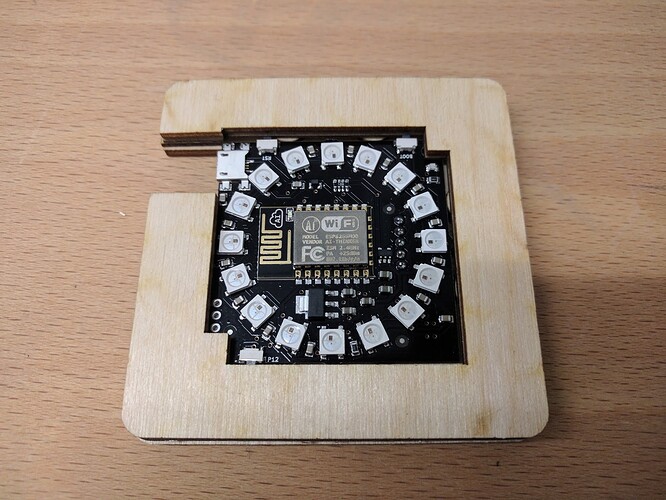 Firmware is based on emonESP in development on github:

Fantastic, when can I buy one?

Only one suggestion would to put a segment in the middle but that might be difficult with the space on the board.

Fantastic, when can I buy one?

Thanks, the plan is to launch a crowdfunder soon.

Only one suggestion would to put a segment in the middle but that might be difficult with the space on the board.

That would be nice, but difficult since that’s where the ESP chip is!

Can this be made the same size as a standard UK back box/socket so it could be put on the wall easier ?

On top of Stuarts suggestion, 12/5v terminals at the back to hide the cables when mounted on a back box/patress.

It already has a 5v in power pims exposed via the programming header on the back.
Ill check and see how it would fit onto a 1g patress iirc its ~80mm wide and a 1g is I think 75mm so it should fit nicely on top and hide the box.
I haven’t got a rear mounting plate but it wouldn’t be too hard to take a blanking plate and screw that into the back of the emonPixel with short screws!

ok so its a bit too small in its current incantation to totally cover a 1g face plate.
It cover the hole but the plates have a few extra mm on the sides that show

Here’s a little video clip showing the emonPixel in operation

Is there a example flow of the node-red emonpixel library? I’ve installed it but I can’t figure out how to use it.

Yes, there is an example here in the emonPixel repo:

WiFi LED Pixels . Contribute to openenergymonitor/emonPixel development by creating an account on GitHub.

Glyn
Are the kits on sale yet?

Not officially, however we have a few (10’s) of fully working prototype units. I can sell you one for £20. This is for just the fully assembled PCB running latest FW and not the laser cut enclosure.

If you want to go ahead, please order 20 x customised payment units and leave a comment with your order: Specials - Shop | OpenEnergyMonitor

I’ve used it and made some improvements to it, uploaded a pull request on github!
https://github.com/openenergymonitor/emonPixel/pull/2

That’s great! Thanks so much

Hi Glyn
Ive just tried importing the NodeRED flow in preparation but have received the following error, I presume that I should have installed a module? 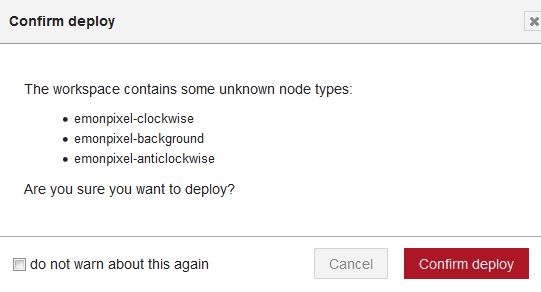 Yes, you need this module:

A Node-RED node to control an emonpixel.

You can install via the UI: manage palatte> Install > seach for emonPixel > install 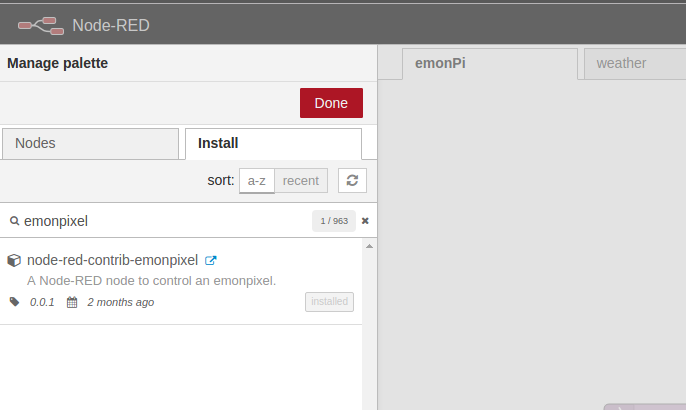 No problem, your pixel has been shipped today

Hi Glyn
I’m struggling to connect the emonPixel to a wireless network, the LEDs keep racing round in different colours which isn’t identified in any documentation and I cant force it by holding down the boot button while powering up as this enters the bootloader.
I have tried reloading the firmware to check that it has the right firmware but I get the same? 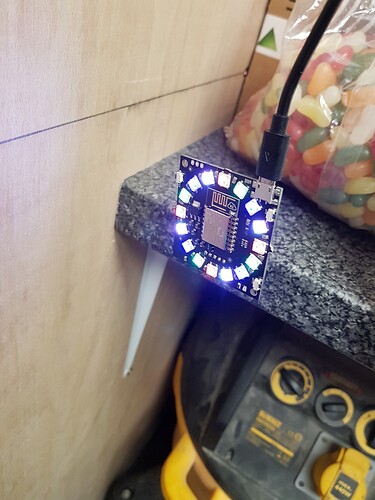