I have a dashboard with multiple widgets displaying various parameters relating to my EV. This all works very well but there is one item that I have so far failed to implement correctly, this is the daily or periodic charge indicator.

The idea is to provide an indication of the energy (kWh) provided to the car in the last charging session or period. I was advised to use the ‘kWh period’ widget for this purpose:

I would like to add a dial widget to display kWh per day. I already use a cumulative kWh dial but I have not been successful in adding a daily resetting dial. This is probably a common requirement so I hope someone can share details on how this was achieved. Current display: [widgets_05]

But no matter what values I choose when configuring the element the resulting display makes no sense. Yes, there are numbers displayed that go up and down but have no obvious relationship with the real figures.

Anyhow, rather than try to describe what I am doing in detail I thought this is such an obvious thing that others would have also wanted there will be some kind soul who will be able to provide a working example that I can simply copy.

Are you selecting a cumulative kWh feed in the widget? It wont work with a power feed if that is what you are using?

Testing it here now it seems to be giving me the correct value: 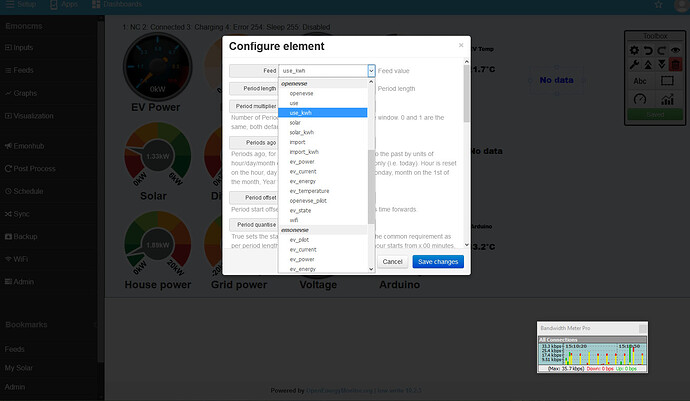 This is the resuly (No Data) 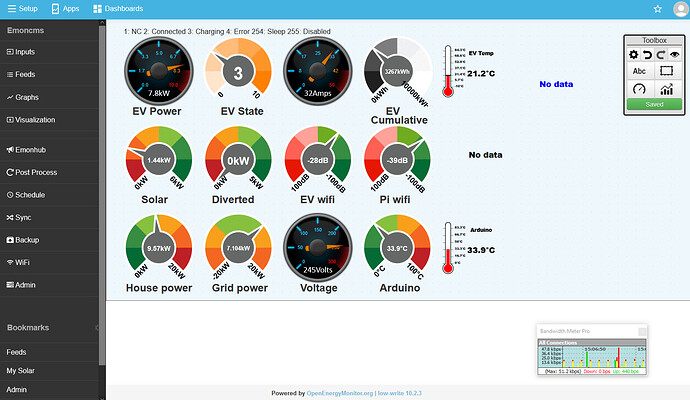 Thanks @BrianD do you have enough data in the feed for it to work? It will need at least the time for the period selected? Can you show a screenshot of what the use_kwh feed looks like from the Graph page?

Thanks @TrystanLea I shall work on this tomorrow and let you know.

The graph results were very odd so I tried to update the software and received this message:


I guess this may take me a while.

I did an update on mine a little while back by creating a backup, then putting the new software image on a new 16Gb SD card. Swapped the card in the EmonPi let it do its thing set up a dummy account when prompted and put the old card in a USB reader and did a restore this all worked well and I was on the new version. I think all the instructions are in the sticky topic on the top of the forum.

Thanks John. I read that and will have a go in the morning.

Well, that was an adventure.

The first problem is the img file on this page:

Updated: The latest emonSD image build is now ready. This image replaces the emonSD-17Oct19 SD card image. This new image includes the latest Raspberry Pi OS and all the latest version of the OpenEnergyMonitor and Emoncms packages, including use of python3 throughout (thanks to @bwduncan, @alexandrecuer and @borpin). The image was built using the EmonScripts automated image build script: github.com/openenergymonitor/EmonScripts Base image: Raspberry Pi OS (32-bit) Lite 2020-05-27 Image down…

I tried downloading it 5 times and it failed each time. See screen shot below.

Then I noticed it is also available on github where it downloaded perfectly first go.

The checksum for both .zip and .img were good so I continued.

I used etcher to flash the image and verify was good so removed the old SD and inserted the new. Then left it alone for an hour. It appeared to have finished so created a temp account and logged in.

Put the old SD in a USB card reader and plugged into one of the four USB ports. Selected Setup/Backup and the screen below appeared. Clicking ‘Import from USB drive’ refreshes the page but I don’t think anything else happens.

Tried rebooting and logging in with old details but that failed. Also, only the Temp account appears to be listed.

Unfortunately, the helpful screen shot on this page is too small to read.
Tried the above with 2 USB readers and all four USB ports.

Stumped now so put it all back to how it was and working again. 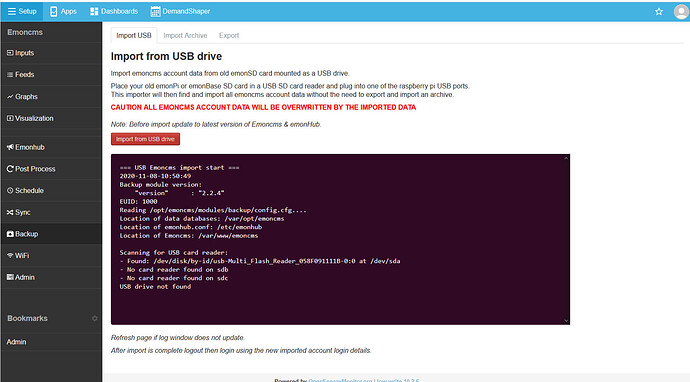 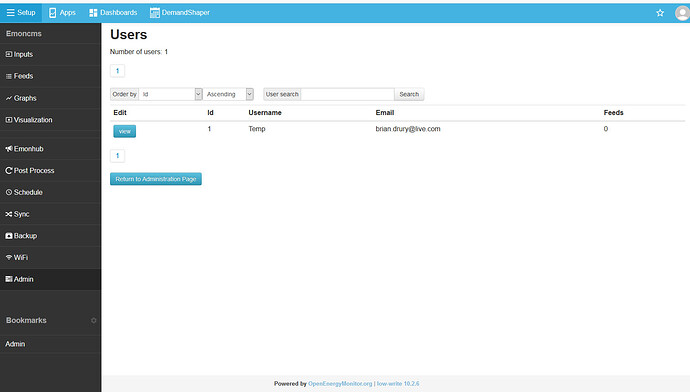 Hi,
not sure but I think I have seen elsewhere on the forum that multi card USB adapters do not work, and looking at your screen shot it looks like that is what you are using, though I could be wrong.

I think you’re right - or at least one particular multi-card adapter.

I was also puzzled by the message, especially as it says the same thing with no USB card reader adapter plugged in.

I tried a four port multi card USB adapter first then moved to a dedicated micro SD card adapter which I tried on all four USB ports. The Import from USB message remains the same whatever I do.

Curiously, the old image produces no message at all.

No doubt @TrystanLea will have some ideas tomorrow.

I also seem to recollect that there are assumptions regarding the naming of the ports - I can’t remember the exact details now - that were thought to be the root cause of the problem then. Your problem might not be the same, but I suggest you try to find that thread and see what was written.

Try this: Cant get service-runner enabled and running for backup to new SD install on EmonPi

I don’t think it’s a service-ruuner problem. Will wait for @TrystanLea to comment

Hello @BrianD sorry about this. I’ve improved the import script now to try to load and validate the structure of each disk in turn, if it finds a disk with a valid structure it continues without checking the other slots in the multi SD card reader.

Could you run the emoncms updater and try again?

@borpin @JJC @Robert.Wall as a plus this change does not check for disks with a predefined USB reader *like* name, it just tries to mount each disk that has 3 partitions and checks for a valid directory structure instead.

Thank you @TrystanLea I ran the updater and now see this in the log:

This is what happens using the old image:

Thanks @BrianD, ah I missed something! could you update and try again now?

@TrystanLea
Different result this time but no inputs or feeds configured. The dashboard has imported OK but obviously no data.

It looks like there’s a disk issue stopping the data import.

Could you try SSHing into the new Pi and with the old SD card in the reader running the following commands:

This is from the import guide here https://guide.openenergymonitor.org/setup/import/

Then once complete try importing again, thanks!