I have been prototyping open energy circuits and so far so good! Then I got to thinking about what it means to measure individual energy sinks…which got me thinking about device’s energy footprints. This led me to wanting to try the method of monitoring energy described in this document. It pulls out the EMI noise then uses USRP for data acquisition.

I am wondering what you think of this idea?

Also - I have not used a high speed (high frequency) data acquisition hardware before. Rather ADCs that are in the KHz range. Does it make sense to investigate using an rtl-sdr? if so, do you know how I’d hook one up directly to HF_OUT of this Circuit? 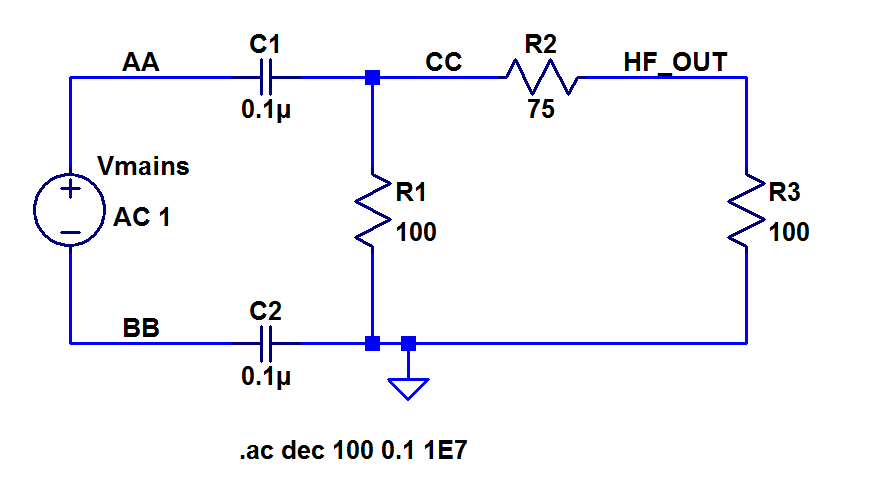 There might be some merit in the idea, but as rules for polluting the supply get ever tighter, I can foresee a time when something that works with an old appliance won’t work with a newer replacement. So I see the main problem as a regulatory one.

I didn’t see that circuit, because it was on a 3rd party site, and I never look there.

As it stands, and without component specifications, I don’t regard that as safe. It’s fine working as a simulation inside a computer, but in the real world, if C1 were to fail to a short circuit, fire and personal injury would be the likely result. There are reasons for safety regulations, and they are there to protect you.

If you want a better idea of the problems with making a direct connection to the mains supply, search out “GIVMon” in the “Archived” section. That was written by a professional colleague who has had much experience in that area.

Does it make sense to investigate using an rtl-sdr?

In addition to the safety issues Robert pointed out…

It depends on the SDR. Almost all of the low-cost USB radios can’t receive anything below 20-24 MHz.
You would need an upconverter or an SDR capable of receiving signals in the 50 to 500 kHz range.

On top of that, you would need software to read and analyze the data from the SDR.

Robert and BIll - I thank you both. I got to know ADCs and rtl-sdr’s better and believe I can get the sampling rate I need using an ADC…rtl-sdr is overkill (and well…um…mostly RF). Still, figuring out devices by their frequencies on something (like EMI?) is intriguing. I like the idea of using just CTs on the mains (or even better a non-non invasive way like using some “spy” device to record signals) for device identification. It seems to me the most intuitive way to determine where we can save energy. With that said, thank you very much for your insights. I’ll keep plugging along my learning curve.

out of curiosity TED1000 ( the Energy detective < 2007 ) used device finger prints in it software it used it start up surge as the finger print to tell whether it was fridge or a washing machine and you could track the whole house once you entered in the fingerprint of your appliance - how actuate it was I do not know. but it was apart of their original footprint software package - on their newer version they use “Spyder”

how actuate (sic) it was I do not know.

The Spyder, as the name suggests, is an optional monitoring unit that comes with eight Current Transformers.
The spec sheet doesn’t say anything about fingerprinting loads, just that it uses solid core CTs to monitor as many as eight branch circuits.

It looks as if the Footprints software that’s shown on their site in the TED Pro section
(the only model the Spyder works with) no longer does load profiling. 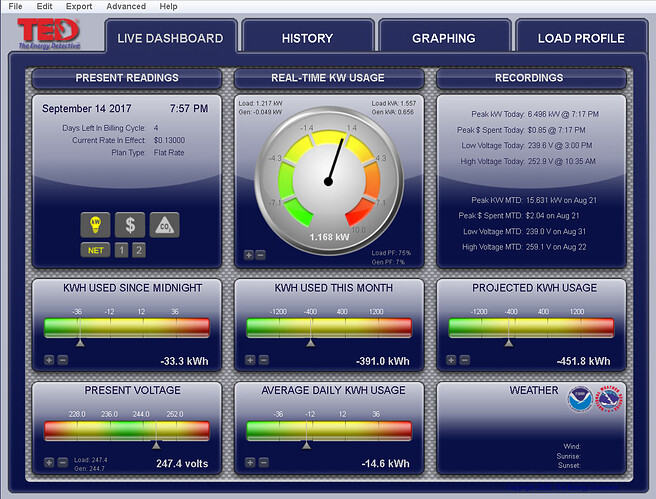 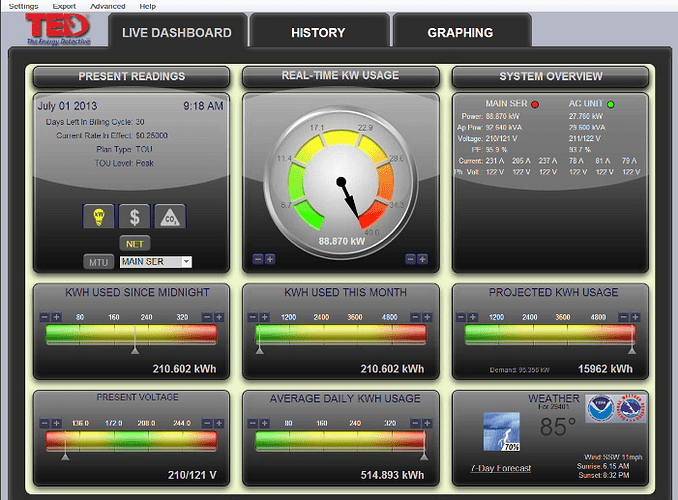