I was curious if there are any plans to create a Thermostat to control Central Heating appliances, Forced-Air Gas furnace or boilers. Would be great since the project already has portable temp/humidity sensors.

I’ve been running one in my own home for two years now controlling the heating, it works great: 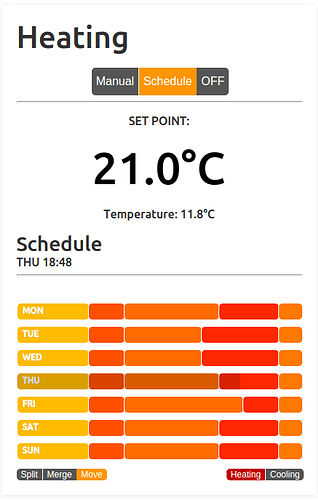 I’ll take a look but at a quick glance I don’t see how it will control a force air system with a variable speed fan calling for heat or A/C depending on temp. My current thermostat has 6 wires and this looks like it might handle 3. I’m no expert so your guys forum is invaluable for me to figure everything out. I really want to control my furnace based on emonth I have around the house and eventually control 3 dampers I’ll install on the trunk lines.

@cbwonderboy take a look at the Linknode R4 Wifi 4 Ch Relay Board thread for a board with 4x single pole changeover relays controlled by an esp8266.

In theory it should run the same firmware with some modification for the additional channels.

My current thermostat has 6 wires

In the guide’s “Physical Connections” section it states the latest version is only a single pole single throw device as the normally closed relay contact isn’t available. You could (at best) use this device to switch another bank of relays.

At telegea.org we have started developing an open source smart thermostat based on the Telegea ptatform which runs on the RPi. It controls the heating/cooling devices with an additional relay card. The relay cards can be simple cards connected via GPIO pins of the RPi or USB relay cards. The thermostat also supports a simple touch display (e.g Adafruit PiTFT). 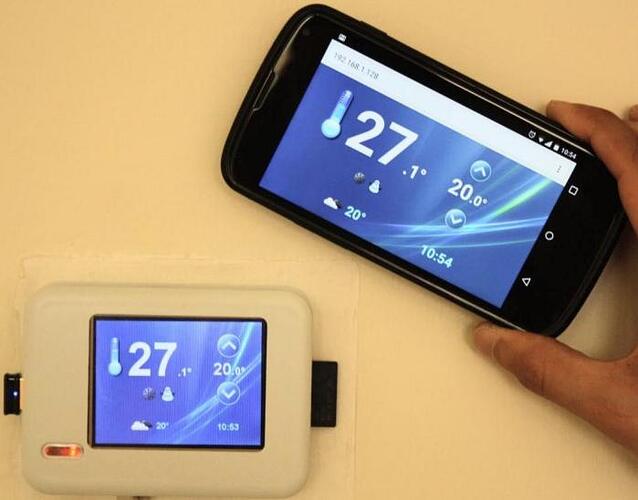 The current version controls 2 devices or 2 fan speeds of the same device. The temperature is measured with a DS18B20 1-wire temperature sensor (alternatively SHT21 or DHT22 temperature and humidity sensors).

Temperature values can be recorded and visualized graphically on the telegea.org Web interface.

But sending the sensor data to EmonCMS is also possible, so the data can be processed there. This is OpenSource, you can play with it

If you are interested there is quite some documentation available on Github e.g. hardware docs or a detailed description of the thermostat software and thermostat GUI modules.

This thermostat has been working fine at my house and in the office for more than a year but it lacks some features. So at the moment we are rewriting the thermostat module software, porting it to Python. The new version will have lots of new features, like fan speed control (low, medium, high), multiple zone support, smartphone app, etc.

Also the possibility of using the emonTH sensors for temperature reading is something we are looking into at the moment.

That looks very interesting, please keep us informed of your progress. Just build a couple thermostats with Rpi and done

Just a brief update regarding the Telegea thermostat. There has been good progress lately and I am currently testing the new Python based code in my house. The Android app is being finalized and should be published in a couple of weeks. It handles multiple zones. This is what it looks like. 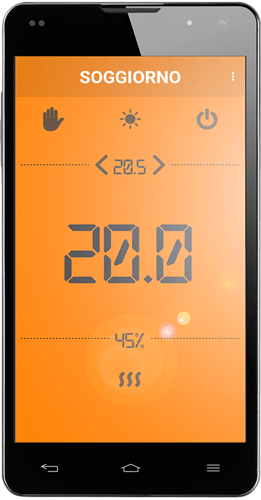 We still need to iron out some issues but if all goes well we plan to release the new thermostat code very soon on GitHub and provide a “ready to use” SD card image for the RaspberryPi. So it should be easy for everyone who is interested to test it.

That looks nice. Is it a native mobile app?

yes, it is a native Android app. It’s great you like its look. This is the first time we are approaching smartphone app development so any feedback is very useful. Looks like smartphone control is essential nowadays for any product, but in the case of the smart thermostat it actually makes sense.

The idea is to use the app in two ways: away from home to monitor and control the heating/cooling system and as a user interface in the house with a spare phone mounted to the wall. Away from home the app connects to the controller (Telegea Smart Hub) via the API provided by the Telegea server. At home the app will connect directly to the API provided by the controller via the WLAN to be independent from the Internet connection. For an even more robust solution we also support some user terminals via wired RS485 Modbus connection.

It’s been some time but things are progressing well with the Telegea Smart Thermostat. The Smartphone app has been ported also to the Apple world and is being tested. Both should be available in the app stores shortly.

We have started developing also a touch screen interface based on the official RPi 7’’ touch display. This is an early preview: 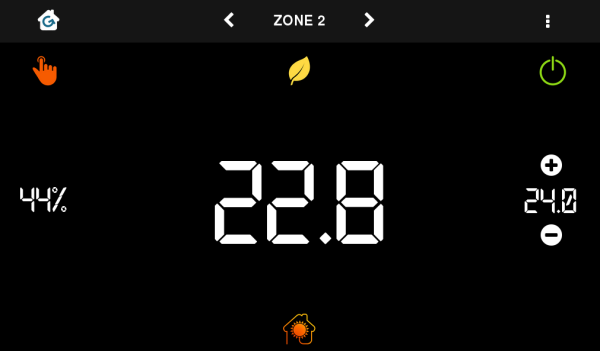 In order to take advantage of all that you need to install the Smarthub Software on the Telegea Smart Hub (available soon) or on an “off the shelf” spare RaspberryPi, that you might have left in your desk drawer

At the moment we are busy cleaning up stuff and the new SD card image will be released in a few days on Github.

Well it took more than “a few days” but we got there eventually. Here is the latest release of the SmartHub OS with an SD card image which makes it really easy to set up the Telegea Smart Thermostat. There is also a step by step guide which should explain all the details of the set up process.

A simple setup with one zone temperaure control using the RPi2 and the Adafruit 2.8 PiTFT could look like this: 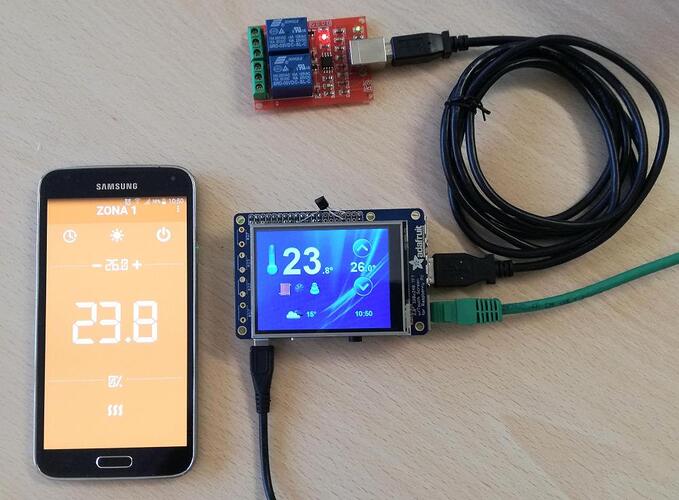 A more professional setup using the RPi Compute Module based Telegea Smart Hub and separate 7" touch display is this: 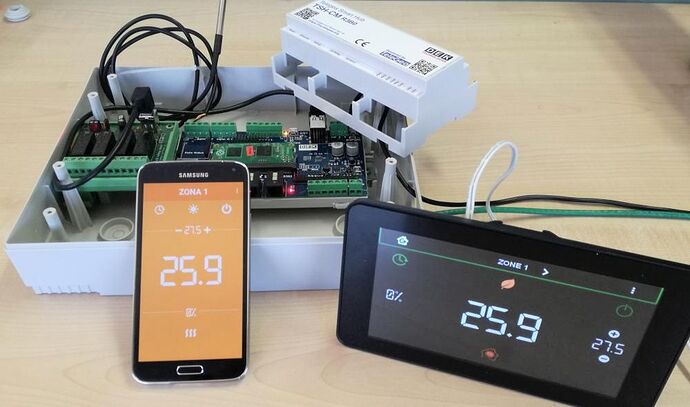 All the thermostat parameters and sensor data are exposed by the Smart Hub via a REST API and can be used by external applications.

The documentation is not complete yet but we are working on it.
Let me know what you think.

Are there any thermostats or integrations with 433MHz controlled boilers, like the Worcester Bosch 28i Junior? The one you reference seems only to have a relay, whereas I need something less heavy-duty, like a 5v pin connection. I suppose I could use the relay to toggle a 5v pin, but I do wonder if that’s the best way to do it, and whether the thermostat has any other ways to interconnect.

Specifically I’ve managed to reverse engineer and play back the on/off signal with an arduino and an 433MHz transmitter, and would want to control it via this.