As I’m sure you are aware the IoTaWatt developed by @overeasy has reached production stage. The unit is now for sale in the OpenEnergyMonitor shop. I’ve just published a blog post to intrudcice the unit to new users:

There are no plans to discontinue the emonTx. Both the IoTaWatt and emonTx have advantages in key areas which complement each other.

IoTaWatt is fully open-source and has been developed by Bob Lemaire @overeasy in partnership with OpenEnergyMonitor. 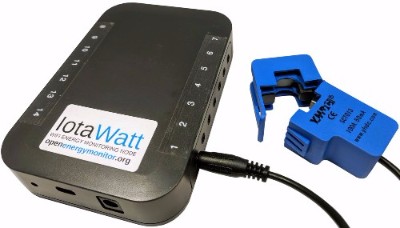 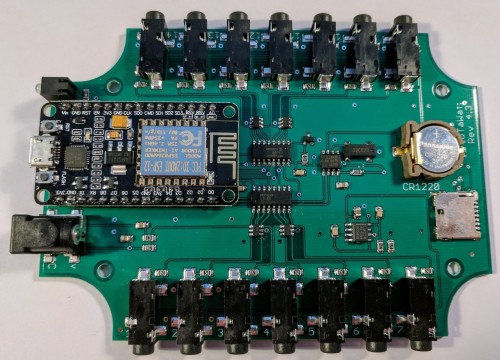 The IoTaWatt uses the WiFi enabled ESP8266 (ESP-12S) microprocessor. The ESP8266 is mounted using NodeMCU adaptor, the decision was made to use the NodeMCU form-factor to allow flexibility for customisation and future upgrades e.g ESP32.

The onboard SD card allows data to be saved locally with high resolution and network resilience. If the IoTaWatt is posting to an Emoncms server and loses network connectivity data logged to the SD card will be bulk uploaded to Emoncms when a network connection is restored. 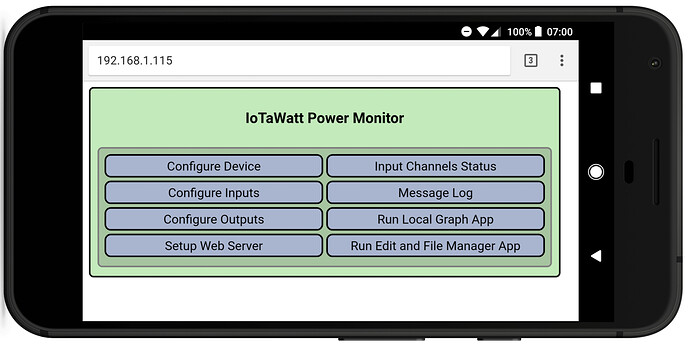 The IoTaWatt is configured via a web interface served directly from the IoTaWatt ESP8266. See IoTaWatt.com for a live demo of the interface.

The IoTaWatt supports automatic over the air (OTA) firmware updates.

As I mentioned at the beginning of this post, there are no plans to discontinue the emonTx. The IoTaWatt is not designed to replace the emonTx, rather to complement it. Each unit has advantages in key areas:

It is possible to use an IoTaWatt together with an emonPi / emonBase, the IoTaWAtt can post to any Emoncms server including emonPi over a local network.

Is it using the standard EmonCMS.org API or does it have it’s own API?

Is it using the standard EmonCMS.org API or does it have it’s own API?

It uses the standard Emoncms API which has been recently upgrade to support encrypted transport layer. See https://emoncms.org API docs:

3 posts were split to a new topic: ESPproMon