I have two emonPi’s in two separate locations which are paired with an emonTX. Both emonPi’s are successfully reading the corresponding data from the emonTX. I set the first emonPi to log the data remotely which works fine. However when I configured the second location to post the readings remotely I could only see the energy reading from the emonPi and not the readings from the emonTX. I did change the baseID to a different number but it made no difference.

they seem to work fine if only one location is sending the data so I know the connection is fine, but it wont work if they are sending the data at the same time (no data is received from the second emonTX.

Just wondering if anyone can point me in the right direction?

I’m not sure that I understand your set-up. Do you have 2 emonTx’s, each working to an emonPi? Where is “remotely” that the data is being logged?

I suspect you don’t have enough NodeIDs. Each node (each emonTx and each emonPi) must have an unique nodeID. If the two emonTx’s have the same nodeID, then each will overwrite the other, similarly the emonPi’s.

Thanks for responding. Yeah I have 2 emonTx’s each sending readings to their own dedicated emonPi at two separate locations. If I log onto the emonPI’s using the local ip addess I can seen the energy readings from the emonTx. I am sending the data from the feed to emncms.

So do you have 4 unique NodeIDs? Or are your 2 emonTx’s sharing the same NodeID?

So the only thing I’ve changed is the baseid value in the emonPi config. For example I set the first id to 8 and left the second emonPi as 5.

Do I need to change anymore id’s I thought I only had to change the baseid value?

Sorry am still new to this equipment

All nodes posting to a single Emomcs account need to have a a unique node ID.

If you want to post to a single Emoncms account, you will need to change the node ID on two of the emonTx units. If your emonTx are running firmware V2.6+ the nodeID can be changed via serial config. You will require a USB to UART adapter (available from the shop)

emonTx V3 firmware now allows the RF settings (nodeID, freq, group) to be configured via serial. Settings are saved to EEPROM and persistent between power cycles. Update: these changes have now been released FW V:2.6+ Enter ‘+++’ then [Enter] during the POST (Power-On Self-Test) 10s delay during startup to enter config: Note: Ensure serial monitor is set to NL/CR and the Baud Rate set to 115200*. Arduino IDE serial monitor may need to be restarted after changing the line ending selection. *…

If your emonTx has firmware older than V2.6 then you will either need to upgrade the firmware and or update the node ID in the firmware then upload. See: 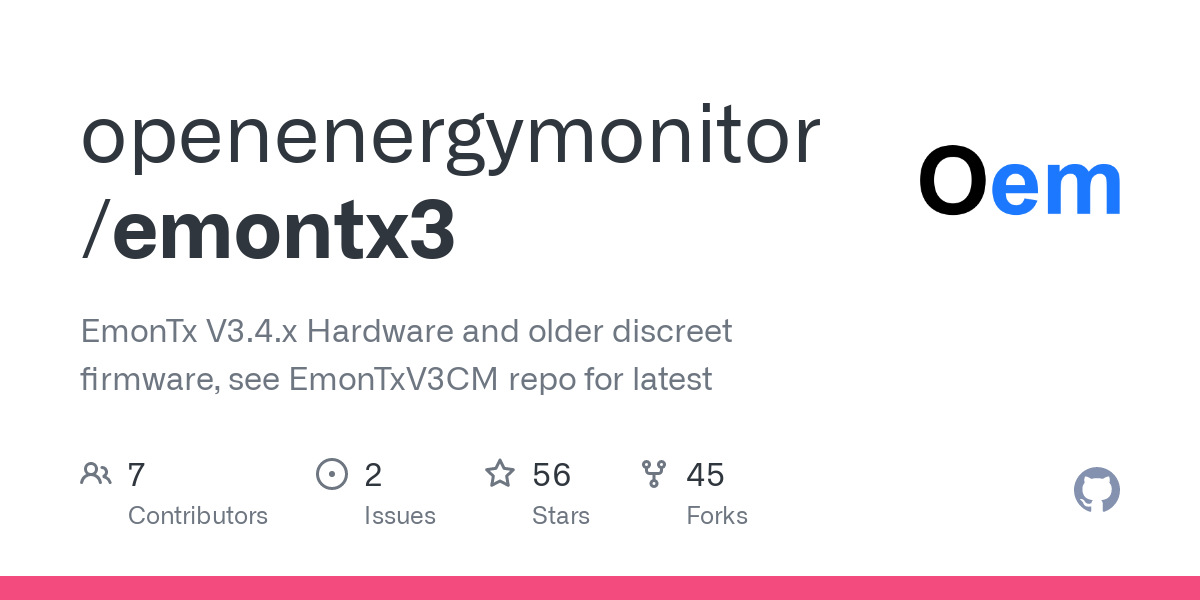 I’m still not clear how many items you have.

As I wrote in post 2, “Each node (each emonTx and each emonPi) must have an unique nodeID.”

From a support email I believe @Clamps251 has got 2 x emonPi both with 2 x emonTx each so 4 emonTx in total. Both emonPi units are posting to a single Emoncms.org account.

So in that case, @Clamps251, you need to have 6 different NodeIDs in total. It seems as if you didn’t realise that each emonTx’s NodeID propagates through the emonPi to emoncms.org, and the emonPi’s own data also carries its NodeID quite separately.

I’d suggest that, to keep as close as possible to the default numbering of emonhub, you should number your nodes as

Note that the NodeIDs preloaded into emonhub.conf are our defaults, but they are only suggestions - you are free to allocate any number in the range 1 - 30 inclusive. The overriding rules are that every unit (node) has an unique ID, and each node is defined only once in emonhub.conf.

one emonTx working in conjunction with one emonPi in location 1

one emonTx working in conjunction with one emonPi in location 2

both are logging to the same emoncms account. So if I set the following:

So I know where to set the baseid for the emonPi. Is the NodeID for the emonTx in the same conf location?

thanks for you help

Ah sorry, I got confused. I thought you had 4x emonTx in total. If you only have 2 x emonTx that makes things much easier. You can just set node ID via emonTx on-board DIP switch 1: EmonTx V3.4 - OpenEnergyMonitor Wiki

So I know where to set the baseid for the emonPi.

The emonPi node ID is set in emonhub.conf this can be done via the local Emoncms web interface Setup > emonhub > edit config` e.g: