I’ve had my emonPi and Solar install for about 18 months now… very happy.

We currently have no PV battery, no immersion/header tank as both central heating and DHW are through the 3 year old combi-boiler.

So to this point i’ve not really had to worry about any scheduling of large electricity draw items.
Moving to Agile has changed the mindset a little, avoiding washing, tumble drier etc between 4pm and 7pm… but its all manual and we try to use the Solar where we can for those bigger bits.

But now, we are contemplating an EV.

It seems like the majority of EV chargers are either good at being hooked up to a house with Solar (like a Zappi)… or being developed with API and TOU tariffs in mind (Ohme Charger).

I can’t seem to find an EV charger than can do BOTH?

Is this where OpenEVSE and Demand Shaper fills the gap?

Ideally you want a simple tick list / set of rules like.
Is there excess Solar generation - yes, that always takes priority
Is Car battery below 50% AND Agile pricing below 3p - yes

Does that make sense?

Good question @Zarch. We would like to support both modes simultaneously. I like your idea for the tick list. The demandshaper is designed to automate the process of making sure the EV reaches the desired state of charge by a specified end time. In an ideal world it needs to take into account both the Agile forecast and an estimation of how much its going to get from the sun in the day to work out how much to charge and when…

I see the list as maybe a set of simple rules that could be set up.
A bit like a priority ordered set of rules?

I’m also thinking that something similar could work with a battery too?
So in winter, the emphasis could be towards filling the battery overnight when prices are cheap and through the summer just fill up on solar.

The obvious problem with batteries is what appears a distinct lack of API integration with the majority of battery inverters/smarts.

Back to the EV charger then and the Govt grant.
Would this be the order of things?

Anyone know of the ballpark install figures?

I’m not sure I have any free space in my consumer unit… do they somehow add something on? Pretty clueless when it comes to that.

I suppose i’d maybe also need an emonTX too… to track the flow to the charger? Is this required or can the emonevse report that back to the emonPi?

Sorry for the dumb questions.

I realised I had not tried both the PV diversion and the timer function on the EmonEvse together yet (as I have only the EV here) and so had a go at testing this earlier with a simulated solar input, it looks like the timer needs to not be engaged for the eco mode divert to work - which means I need to adapt the demandshaper to switch between modes at the right time - at least to support a basic implementation.

@glyn.hudson is the best person to talk to about the EmonEvse charger and electrical installation details, he was away from the office today in a meeting, I will send him a message to take a look at your questions.

I suppose i’d maybe also need an emonTX too… to track the flow to the charger? Is this required or can the emonevse report that back to the emonPi?

The EmonEvse measures the current draw of the charger and reports this alongside other properties back to the emonPi.

Claim back the £500 government grant?

Most installers will claim the grant on your behalf so you only need the price with £500 discount. However, if you prefer you can claim it yourself

Anyone know of the ballpark install figures?

It can vary a lot depending on if your electrical setup e.g how close the EVSE is to your fuse board, length of cable, ground works required. Normally installation is around £500. It could be lower for an easy install or more if you need lots of ground works!

I would recommend contacting EcoPlugg, they install nationwide and are familer with our unit:

In PV Divert mode, OpenEVSE gets how much spare solar there is from an MQ topic.

You could use an external system such as OpenHAB, and write your own rule to take into account solar, agile price etc and write a value to MQ that will make it do what you want.

might want to incorporated a bit of cloud cover prediction. so one can balance energy usage/consumption depending on the predictive solar output of the day – I’ve started exploring that a bit lately

Where can you get cloud cover predictions Stephen?

I’ve been looking at Solcast API predictions for Solar which seem accurate… until the British clouds come out and the figures don’t add up.

Some mixture of both could be useful?

I was looking at ecmfw data and then getting the metrogram info, then using the cloud base to determine the cloud cover… just trying to find a source for it… I can get some predictive cloudbase from my acurite weather station but that only predictive for a few hours in advance.

but I think this would work involve a bit of scraping info.
each day scrap the next two day of cloud cover during the day time on a hourly bases
I just never scraped svg image before should be doable just to figure out how

here what I mean

Maybe you already know about this but - for UK users at least - the Met Office Datapoint has worked for me. It doesn’t supply cloud cover data but perhaps reasonable use could be made of the “Weather Type” field, specifically looking for values “Sunny day” and “Partly cloudy (day)”. It can provide a local 5-day 3-hour forecast in XML or JSON. 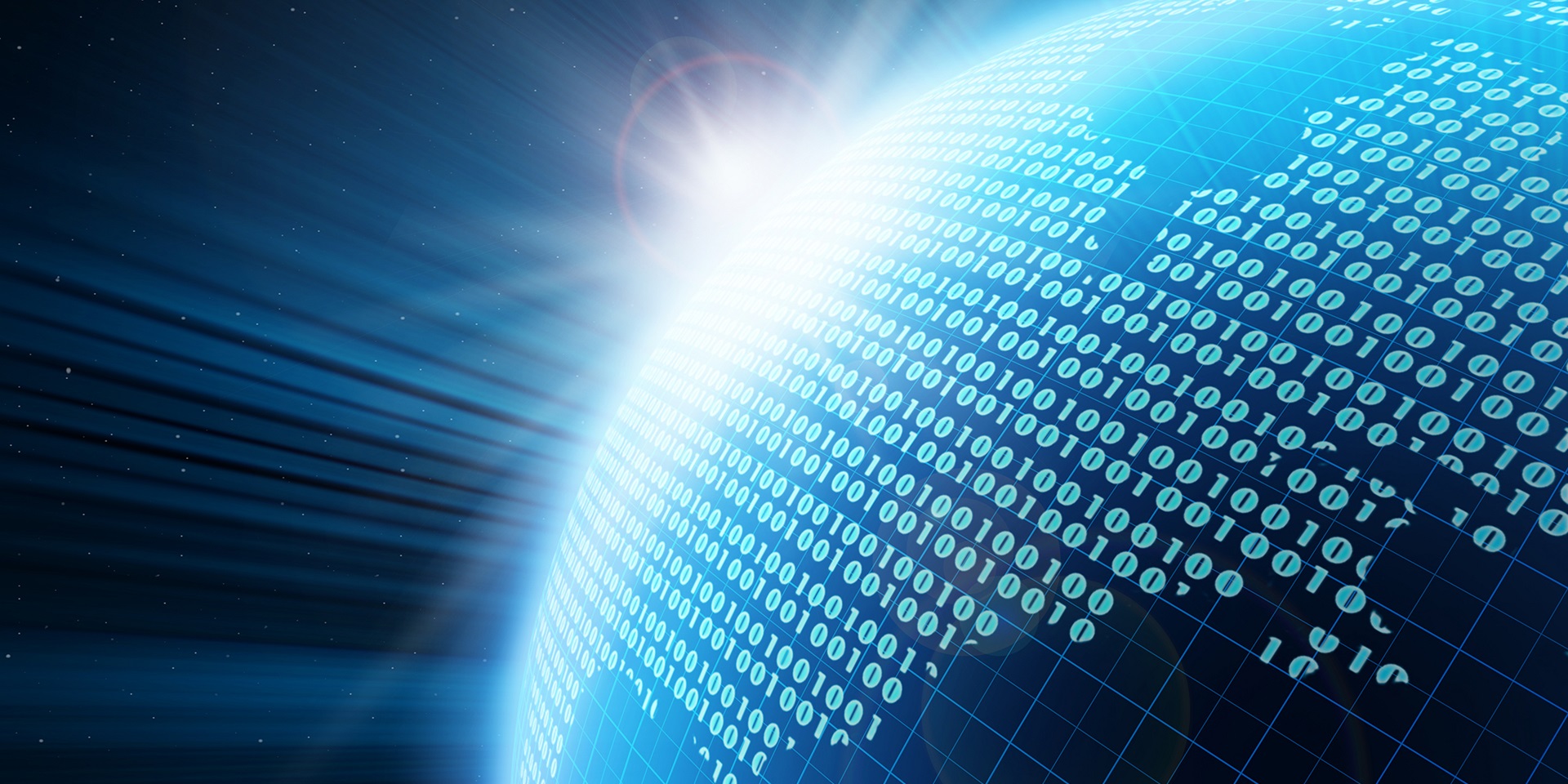 DataPoint is an unsupported service to access freely available Met Office data feeds in a format that is suitable for application developers.

The National Renewable Energy Laboratory has a fantastic formula for calculating energy production based on system specifications such as your location, number of panels, tilt angle, ect. http://pvwatts.nrel.gov/ For our purposes it would be very useful to incorporate this data into our EmonCMS feeds. Our first thought was to create a virtual feed that generates the daily energy production curve as needed. However, as we learned from our EMC2 project, virtual feeds are not really set up for th…

I had a go at importing historic and forecast data from the darksky api yesterday, the intention was to get a precipitation forecast to forecast the output of a local micro hydro generator, but I also pulled in all the other observations and forecast values, here’s an example of UV index and cloud cover:

Their api is nice and easy to work with e.g

See their documentation for more info:

Could that simply be added as an Emoncms App?

Could that simply be added as an Emoncms App?

Maybe… there are a few things that do make it more complicated… API allows historic access of one day at a time, I created a batch script to read a year of history in… that would need to be customised to something more generic for wider use…

then I also read, in the darksky FAQ:

Can I require my users to sign up for a developer’s API key?

No, your end-users should not sign up for Dark Sky API keys as a means for you to circumvent the daily cap of 1,000 free calls. The 1,000 free calls per day are intended for one developer or company to explore the API.

So we might need to do something there to play fair…

Yes I was aware of that but if it was only forward looking (as that is what most people would look for) and only picked up an updated forecast a few times a day, then I think it would meet the fair use.

With elements to fill in for API key etc, could be quite easy for someone to use.

You could also get wind data, to predict if there might be an excess of renewables as well.

However, I’m not sure the automation stuff is worthwhile developing within EmonCMS as there are some good automation tools out there already.

Yes I was aware of that but if it was only forward looking (as that is what most people would look for) and only picked up an updated forecast a few times a day, then I think it would meet the fair use.

True, potentially the cost is quite small for us to do something as well.

We plan on adding this feature soon (next couple of weeks), threshold to stop the charge will be user configurable.

Currently, when charging using "Eco Mode" (solar PV divert) the EVSE will contin…ue charging at the lowest current (6A) forever until the EV is fully charged even after the solar PV has stopped generating. A highly requested feature is for the charging to stop after the solar PV has stopped generating. This will allow users to then use a timer charge to topup the remaining amount required during off-peak hours. I propose changing default Eco Mode behaviour to start the charge once solar PV / grid export > 500W for 15min and stop the charge if solar PV / grid export < 500W for 30min. This feature should be backported to ESP8266. *** As an advance option the user could adjust these parameters, however minimum values should be set e.g >100W for 10min stop to avoid excess contactor wear caused by regular stopping / starting. Another extension to EcoMode is for the charger to revert to charging at full power if the timer becomes active during an EcoMode charging session.

the Met Office Datapoint has worked for me. It doesn’t supply cloud cover data

FWIW, DataPoint is being replaced by DataHub, so that would be the one to build a new service on, but that doesn’t provide cloud cover or solar irradiation either unfortunately. The Met Office have told me I will need to pay if I want that data. Their forecast website does provide some indications of ‘sunny’ and it’s possible to scrape that.

If you’re relatively close to an airport, the TAF and/or METAR data might help - but that too will need scraping, I think.