I have tried that several times, it does not work

I have tried that login and password several times, it does not work

You are trying to sign in to emoncms via its web page? 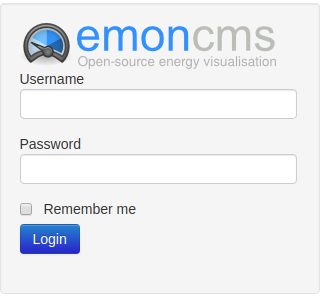 The very old User/Password for the low-write version was:
user=pi
password=raspberry

For emoncms V9 and all versions after,
user=pi
password=emonpi2016

How are you loading the image to the emonbase?

I take the SD card out of the Raspberry Pi, put it into my computer and use Etcher:

The recent issue of MagPi (Issue 50 October 2016) includes an article about Etcher. Etcher is a free app for burning an image to a SD Card. Downloads are available for Mac, Linux and Windows. I don’t know much about the company but the Etcher app seems to work very well (and fast) on a Mac. If you wish to look thru the source code before running Etcher, the code is available at: https://github.com/resin-io/etcher

I am using somthing called balenaetcher…i can´t see what that has to do with anything?

It does not work…which emonSD…can I use?

i can´t see what that has to do with anything?

Here is what I have done in the past:

If you are doing something different, please tell us.

Well
I stop after 5. I am asked for an login and a password from the emonBase (Rasperry Pi) when it is loading the SD card?

I am asked for an login and a password from the emonBase (Rasperry Pi) when it is loading the SD card?

Where and how does it ask? Have you tried sending your web browser to the IP address?

I stop after 5. I am asked for an login and a password from the emonBase (Rasperry Pi) when it is loading the SD card?

It sounds like you have a keyboard and screen attached, is that the case? If so, are you using a keyboard with a numeric keypad? Is NUMLOCK on ? Raspbian always boots up with NUMLOCK off.

The user and password for that image is definitely pi and emonpi2016 AFAIR.

It is asked on the emonBase (Rasperry Pi) while loading…
Sending which webbrowser? to the IP address of which device? this is all getting to complicated for a simple man like me

The web browser on your computer (not the RPi) from where you want to operate emonCMS.

to the IP address of which device?

I give up…the instructions for this device are terrible and i can´t get i to work. I will maybe try again next year…

I am sorry you feel like that. We are trying to help you but you are not giving us enough information about what you are doing.

Paul @pb66 asked you if you had a screen and keyboard attached to your RPi. Do you? If you have, you did not tell us. It is important that we know these things.

If you do have a screen and keyboard, try:

You also use those if you are using PUTTY or a similar tool to connect to the RPi.

If you do have a screen and keyboard, try:

Not if still using the older image

I have a Rasberry Pi 2 Model B.
The emonSD-17Oct19 is not Compatible with Rasberry P2 according the instructions
I still have not found the login user nor the password for emonSD-26Oct17

The password would be emonpi2016 and the numeric chars will cause a problem if using a numeric keypad as NUMLOCK is off following each restart. The generic “raspberry” password doesn’t suffer from that particular gotcha as it has no numbers, I used to get caught every time as I rarely connected a keyboard and screen, this isn’t usually an issue via ssh.

But he won’t tell us exactly what he’s doing. We are both guessing.

Also looking at the new emonscripts it looks like there is no default password, it looks like the installer asks the user to enter a password at the end of the install when running the installer. So for the pre-built image we would need to know what was answered to that question! I can’t find it specifically documented/confirmed anywhere, I could speculate that emonpi2016 was used for consistency or that it was left as raspberry for simplicity, but yes that is also just guess work. IMO it wasn’t the best idea to put a date in the password, carrying emonpi2016 over to the 2017 and 2018 revised images was questionable, now with a entirely new image perhaps a new password was used? Hopefully not dated and hopefully no numeric chars to get caught out by NUMLOCK off after a restart.

And counter-intuitive. I seem to remember there was a discussion about whether to make the user set a password on first start, or pre-set one. The pre-set one won, I think the argument was people would forget what they had set.

In post no.2, he seems to say that is still the case.

That is correct. The assumption(!) is that the user has already logged in and fixed that sort of thing before running the scripts. The scripts also use the currently logged in user rather than pi to make it more generic.