Would a CT around 3 phases measure sum of all 3 when 1 exporting and 2 importing?

I have a 3 phase supply with loads roughly balanced across all three phases.

I have a single phase PV system on one of the phases.

One of the first things I did was to check how the meter was recording import/export. I was pleased to discover that if I was exporting on the PV phase and consuming on the other 2 phases the meter stopped recording until the consumption on the 2 non solar phases exceeded the export on the PV phase.

Monitoring with emoncms over the last three months has indicated that it could be worth fitting a battery. The problem Is that the battery system I am considering has a single CT input to control charge and discharge. I don’t think I can use it on just the PV phase. I really need it to monitor all three phases so it charges when I am truly exporting and discharges when I am truly importing. Trying to get my head round this I wondered what the effect would be of a CT around all three phases although I don’t think I could get a CT big enough. If any one can think of an effective solution I would like to hear it.

If, as I suspect, the c.t. is the only control input to your battery system, the only way I can think of would be to measure the nett energy in the three phases (which we know how to do) and then generate a current representing that energy to feed into your battery system instead of its own c.t., which would fool it into thinking it was working on a single phase system. That part of the system would need to be designed and developed, and the task would not be trivial.

I rather suspected it would not be easy.
I have an old emonTXshield I am not using along with 3 shop CTs. I am thinking I could use that and an Arduino to get the three phase input and generate a pseudo CT. I think I could manage modifying the existing firmware to get an import/export value. What I don’t know is what electronic component you would need to generate the current output. I am asking the battery supplier for the model details of the CT they use so I know the requirements to match.

What I don’t know is what electronic component you would need to generate the current output.

Basically, it would be a very low power audio amplifier, driven off a DAC. I was thinking about the best way to go about it. The sketch almost exists already - the three-phase PLL. Instead of delaying the voltage and reconstructing delayed representations for the second and third phases, then accumulating the products of current and delayed voltage, I think I’d use the phase with the PV on as the reference (using the voltage of that phase only to lock to), and delay the current samples of the third and second phases. Then take its current sample plus the delayed current samples of the 3rd and 2nd phases (delayed by 120° & 240°) to give you the effective combined real power (but as a current) - then drive the DAC with that sample value. The resulting “current” that the charger sees would be within a sample or two of instantaneous (plus a little for the analogue filter that you’d need to take the edges away) for the phase it was drawing current from or feeding current into, and for the other two phases, you’d have at worst one cycle lag before the charger saw the change.

Is this the sketch you are referring to? 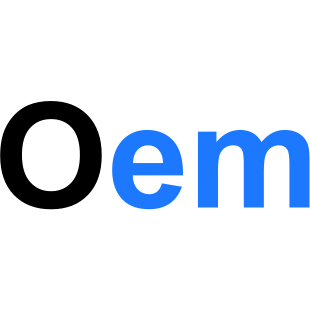 That’s the one. It’s going to need heavy modification, but the basics are there.

The 3-phase board and associated software on my website would allow the net flow of energy/power to be accurately measured across all three phases. A suitable 1-phase signal of a variable amplitude could then perhaps be synthesised by the processor via a suitable amplifier stage.