With the use of Emoncms Dashboard, dail widgets are updated on a regular basis, but graphs do not. Is it possible to embed in Emoncms so that the view is updated eg. Every minute so that graphs are also updated on the view.

It makes sense if you have a monitor standing that shows current energy consumption on a continuous basis. 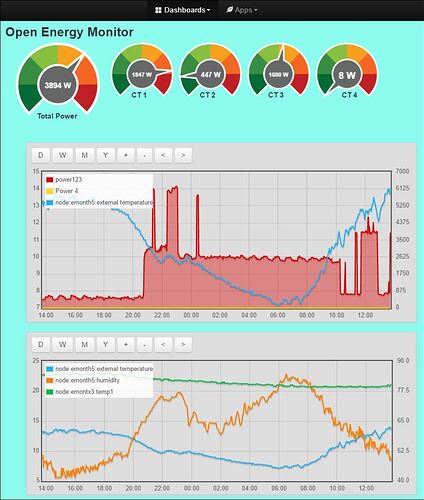 Am I right in assuming those graphs were generated and saved on the “Graphs” page?

If you use a “Multigraph” instead they do have an auto update function. I use the graphs page for exploring data but use the multigraphs on my webpages for this same reason, So it would be good to see that feature rolled out to the “Graphs” module too.

Plus (as a side note) I prefer the buttons within the graph area to maximize the graph plot area rather than lose that space to buttons that can hide until hovered over, IMO it’s a little neater and efficient use of screen area.

Yes, you’re absolutely right, it’s a Graphs Page
Have now tried to set up Graph Page and Multigraph below each other, and they provide almost the same options, but with Autoupdate on Multigraph.

It solved my problem, thank you so much 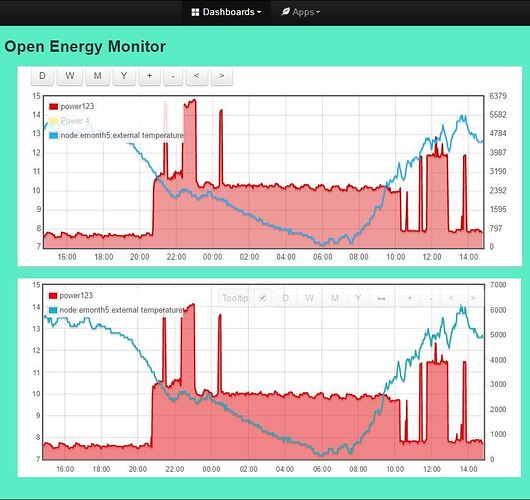 Does anyone know if it’s possible to change the background colour of multigraphs? Normal graphs used on dashboards seem to have transparent backgrounds (except for the legend), but multigraphs are always white background?

Another multigraph question / observation.
I have two multigraphs on a dashboard, displaying different data.
One I can scroll such that the current time is in the center, and to the right from there is blank (as it’s in the future).
The other multigraph seems to stop me scrolling into the future like that, and the current time can never be to the left of the right hand end of the graph.
I can’t see any setting for this, or differences in the way I set them up.
When I turned auto refresh from 0 to 30 on the graph that did allow scrolling into the future, that capability vanished. Setting the auto refresh back to 0 did not restore the capability.
Maybe it was just a disturbance in the force.