Here’s an idea. Setup and Calibrate an emonTx by sending commands over serial like this: 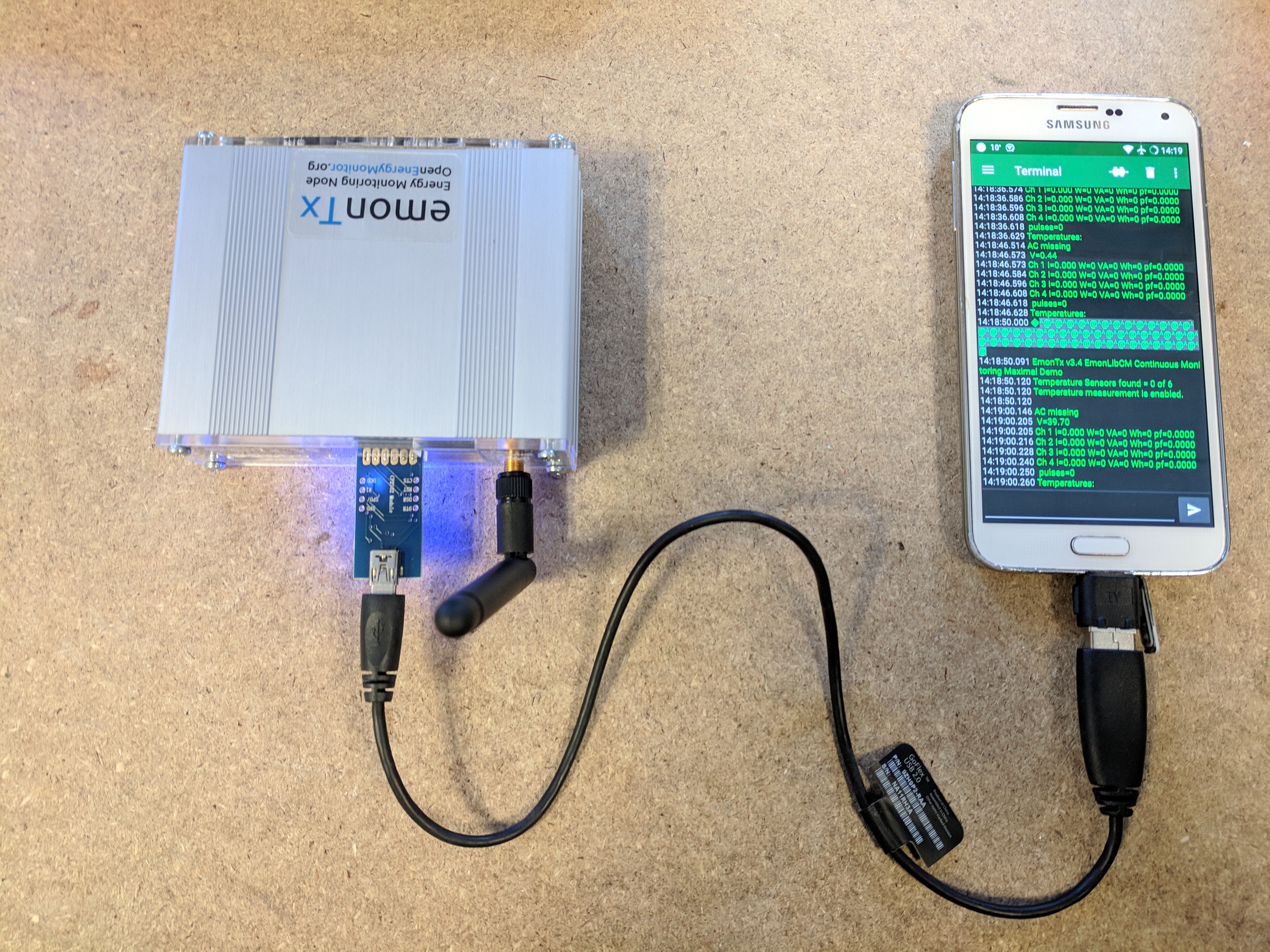 Could be super useful for on-site debugging and setup.

Does look good. Would you care to expand on the setup and how it might be employed. Could it be used to flash a new image for instance?

I wondered the same.

Last year I looked into it and there are experimental firmware flashing projects using android phones. I haven’t looked since.

The reason I looked into this originally was because I was carrying a 15" chunk of laptop for commissioning 3 setups in a short space of time, and guessed somebody had done something lighter and easier with an otg adaptor.

I got the on-the-go adaptor pictured for £1.50 delivered, ebay.

Could it be used to flash a new image for instance?

Ok, slightly off-topic, but the image brought back memories from a time before smartphones, when I used a Palm Pilot as a serial terminal to interface with things like a Kantronics packet radio modem used as an APRS digipeater …

The photo below is from the same timeframe; this was the Palm being used to configure a TinyTrak PIC-based mobile beacon, via its serial interface … (sorry for the messy cables, it hurts my eye to look at it now) 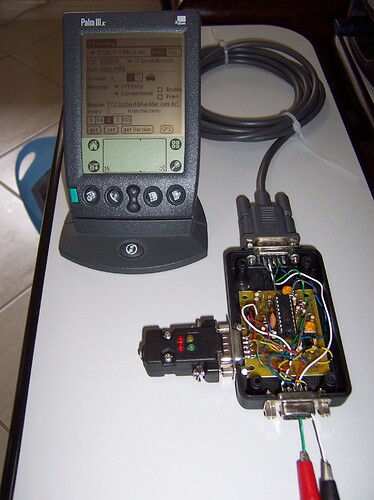 It looks like the software running there is a proper configuration tool dedicated to the firmware running on the modem. Interesting…

That piece of kit it a TinyTrak, a PIC-based APRS position beacon, and the software being used to configure it was pTTconfig.

Back in those days I’d run a system that consisted of a digipeater running on a Kamtronics packet-radio modem, sitting on the top of a hill, and an internet bridge/gateway on my home. This would allow trackers such as this TinyTrak to be heard and have their position reports captured/posted in a radius of about 50Km from the repeater’s antenna. That digipeater would mesh with others run by local hams, to form a larger network.

Although that piece of software is purpose-built, what trigger my memory was the fact that I used the same Palm Pilot to interface with the Kamtronics packet-radio mode, and that was a line-oriented command interface over a serial link - but of that setup I have no surviving picture, unfortunately.

Not trying to hijack the thread. Just thought I’d say hello to a fellow Ham.
Brings back some good memories. I’ve got a TT and a KPC-3 too.