Trying to use virtual feeds. adding multiple inputs together

Is it possible to setup the myelectric app using virtual feeds on an emonbase running the October 2017 emoncms?

I have a virtual feed adding three phases into a single value. But can’t seem to [find] any of the virtual feeds I’ve made.

But can’t seem to any of the virtual feeds I’ve made.

Is there a word missing? The sentence doesn’t quite make sense the way it’s written.

Ah, the ‘missing brain’ problem I have sometimes 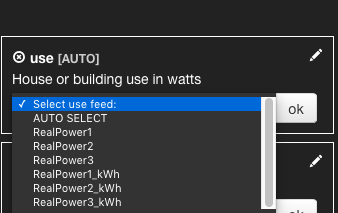 These are all input processing feeds.

If memory serves, virtual feeds are like RAM memory. Reboot and they’re gone.
I may be mistaken about that. Can’t remember for sure.

Hmm, can’t be having that…

Guess I could test sooner rather than later!

Informative, thanks.
I think we could possibly add virtual feeds to myelectric on the wishlist?
The dashboard I’d like to have as a myelectric app is this.

The resetting of the pi is fine: I’d set up the kWh virtual to be derived from the three separate kWh input processes.

Virtual feeds don’t actually exist per se (hence the “virtual”) the data is created on demand to answer a specific query (eg api call) if the question isn’t asked, the answer isn’t given and there is no feed data.

I think we could possibly add virtual feeds to myelectric on the wishlist?

You could do that, phptimeseries and mysql feed types have been on the wish list for many years so maybe don’t hold your breath.

When the myelectric app was originally created @TrystanLea made the decision to only allow phpfina feeds to be used. The apps module has under gone several revisions but that feature remains.

There are many discussions about those limitations but still only phpfina feeds are supported. Most feed types seem to work perfectly well with the apps module, but beware the virtual feeds can be quite resource demanding (especially on a Pi), but virtual feeds are specifically designed with graphing in mind.

Whilst a config setting so users can choose what feeds are supported could be a reasonable compromise, currently the only way to include other feed types in myelectric/mysolar is to edit your local code (see “Does emoncms expects data to be send reguarly? - #2 by pb66” for info on how to add other engine types).

Note that making local changes will of course block future updates via git pull unless you use git stash before pulling in the updates.

Knowing nothing about the code details it seems like virtual feeds could act as an intermediary between different feed types and apps like myelectric, for realtime single values only. 2 engine-birds one stone. I wouldn’t know where to begin on changing the code base of myelectric or virutal feeds nor do I even know what language they’re in. If it’s python I’ll take a look.
I can understand the choice to develop apps for one particular engine, lots of work I’m sure.

The apps themselves are “php” web pages but most of the heavy lifting of the actual app is done with client-side javascript within those php pages.
They do rely heavily on the back-end api’s written in php for data retrieval. 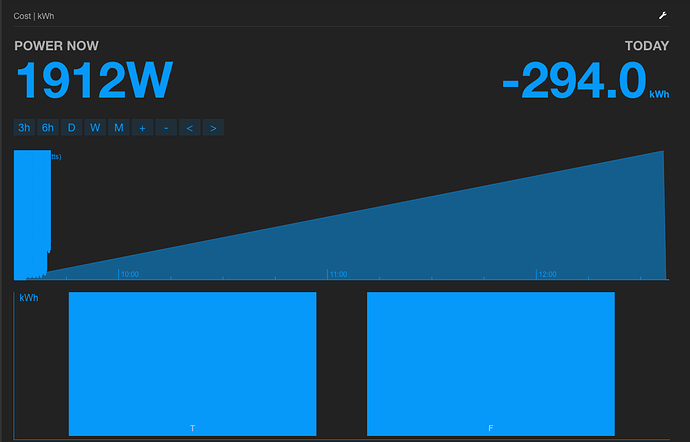 The solution was to use input processors.

Then using PHPFINA and not minding too much the occasional NULL value.