Continuing the discussion from EmonTX to Rpi - Direct Serial Connection:

Just thought I’d share another way to put together a 4ct version of an emonPi using an emonTx and a RPi Zero W.

The perspex/acrylic end caps on the emonTx case, combined with orienting the Pi Zero with its PCB aerial against the perspex ‘window’ in the case and the convenient PCB spacing means that the wifi signal still works sufficiently well for possibly most (?) applications. I haven’t bothered checking dB figures but the signal icon on the router it connects to for testing shows full signal with the router downstairs and horizontally more than 5m away from the emonTx.

The only modifications required are:

I haven’t managed to get avrdude-pi firmware programming working yet, so have only connected the Rx (sic) pin on the emonTX to the Rx pin on the Pi along with 5V and Gnd (Pi is powered by mini-USB DC supply for emonTx).

This means I think that I should still be able to program the emonTx firmware via the FTDI programmer through the UART port on the back of the emonTx, so long as I remember to shutdown the Pi correctly before pulling power to the emonTx after updating firmware (and discard gibberish data received by the Pi on its UART serial port during updating).

Annoyingly there’s a second standoff hole in the emonTx PCB that almost lines up with the diagonally opposite standoff hole in the Pi Zero PCB I’ve used, but given it’s all protected inside the case, the CT port cases support the Pi quite well and the whole thing will be mounted stationary to a wall, I think one standoff will be perfectly sufficient.

You have to get the standoff height exactly right so that the plastic locking mechanism on the Pi camera connector slides into one of the PCB grooves in the aluminium case, or it won’t all fit together too. 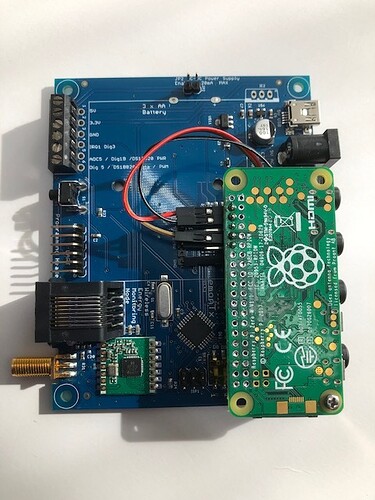 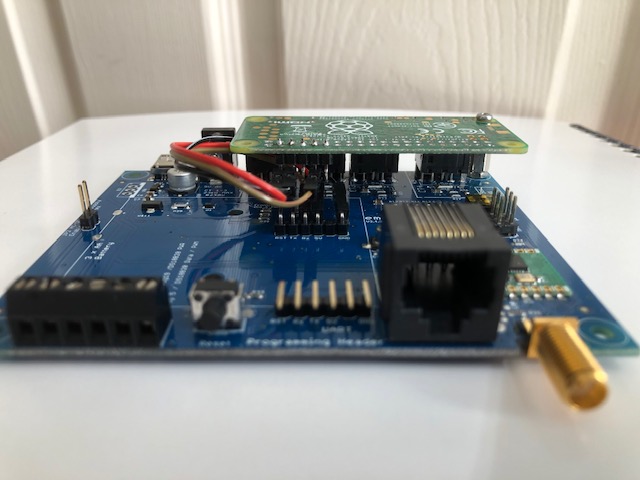 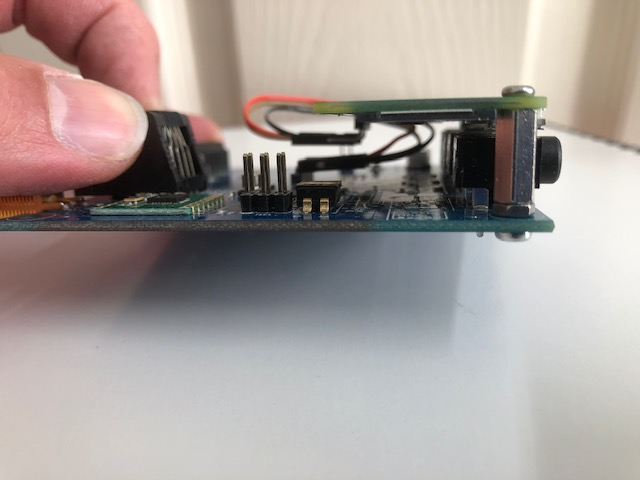 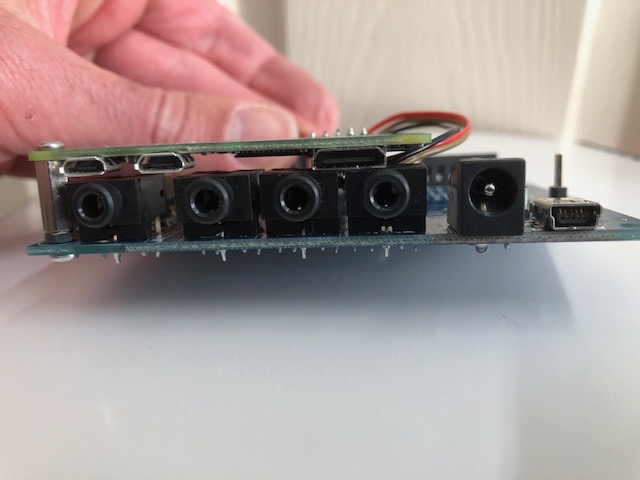 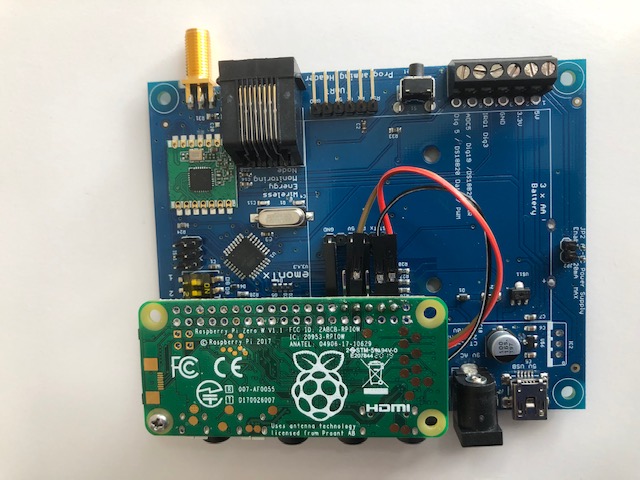 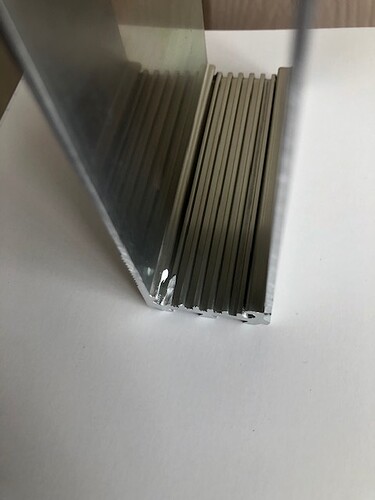 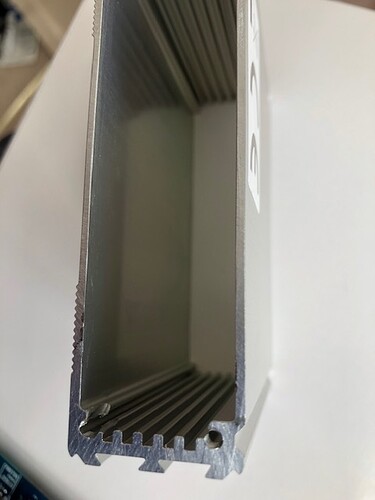 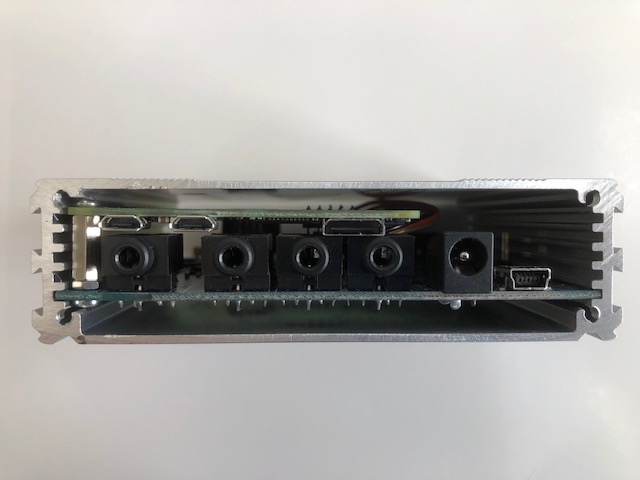 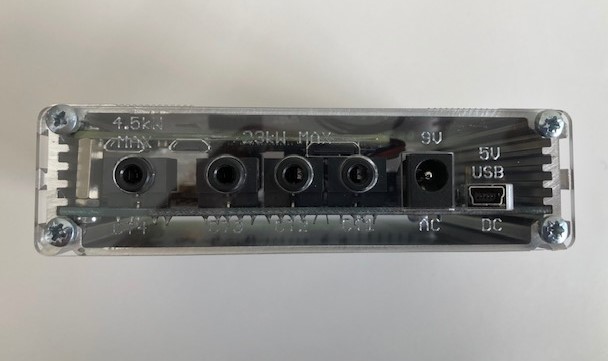 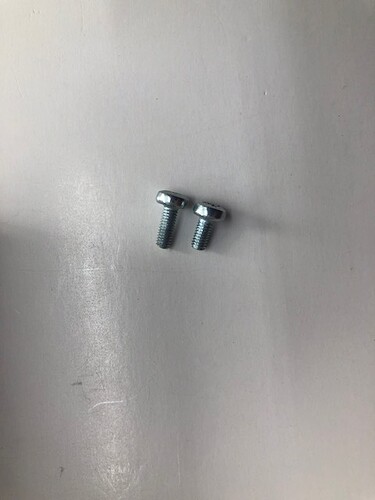 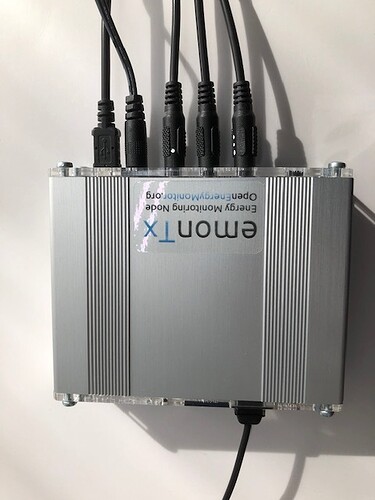 Neat. I’d be inclined to fit nylon standoff to support the weight even if it isn’t actually fixed to the PCB.

Me too, but didn’t have any on hand…

The mini HDMI connector rests squarely on top of CT ports 1/2 though and the Zero weighs next to nothing, so it does feel firm and well supported. I thought about using another (metal) standoff in the misaligned hole in the emonTx PCB diagonally opposite because there’s enough overlap with the corner of the RPi Zero PCB that I could have got it to clamp down on the outside edge of the Pi PCB with a washer, but that location on the emonTx PCB doesn’t have much of an isolation gap between where the standoff mounts and a nearby trace plus it felt surprisingly firm without it so I didn’t bother.

The emonTx case will be installed vertically on the wall anyway, so any RPi weight not supported by the existing standoff will be downwards onto the inside of the perspex end cap rather than onto the emonTX PCB too (the last photo is oriented upside down to how I plan to install it)… although if I mount it sideways (ports to the left and right) no dust will get into the holes in the opposite end cap and the weight will still either pivot on the existing standoff against the perspex, or be completely supported by the metal side shell of the case. That seems like the best option now I think about it.

A lot neater than 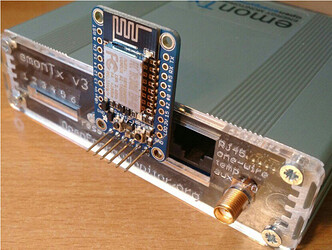 Although, to be fair, that was likely a proof of concept configuration.