Just wondered if anyone else is having this issue,
When the car is normally charging, and from the car end the charging is stopped and the charge port is unlocked, the cable will release.

However when the car is preconditioning, after a full charge or completes a charge percentage, the car will not unlock the cable. The car believes it’s been unlocked from the app and the car screen but it appears that the EVSE is still supplying current. The car is actually in the state where its offering to start a charge.

Initially I thought it was a problem with the charge port, but I have to go to the EVSE webpage and pause from the charge options, and then the cable unlocks. This is actually below the 6A and can be anything around 2 to 4 A.

I believed that the EVSE had a minimum charge current of 6 amps, so I’m surprised to see that it’s still delivering a lower current. This only appears to happen when the car has completed its charge and is past it’s preconditioned time.

It appears that the car is not communicating with the EVSE to stop the charge.

I thought I’d post here before posting on GitHub.
Cheers. 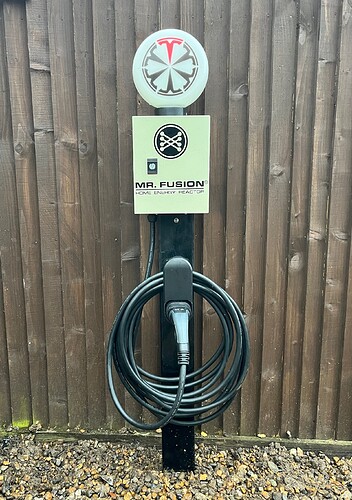 Hi, I love your EVSE enclosure!

Unlocking the type-2 connector is fully controlled by the car, the EVSE does not play any role in this. It sounds like some sort of bug with the car if you unlocked the connector via the app, but the charging session continues. Have you tried unlocking the connector from MCU screen in the vehicle, this would eliminate any connectivity issues due to using the app. I’m assuming you have a Model3 and therefore don’t have a fob? On a Model S you can stop the charge and unlock the connector by press and holding the rear trunk button.

Brilliant Glyn, that’s just the confirmation I needed. I assume setting the EVSE to pause is just like telling the car there is no power which is why it then disconnects.
And yes its an M3 and I have been using the dash to disconnect but I’ve got an appointment for the missing usb socket so I’ll add it to the service appointment.

Thanks for all you do.

And thanks about the enclosure, the globe shows the EVSE colour state and pulses when it’s charging. The neighbours think I’m crazy.