Starting with Emon, hopeful of getting the whole shebang working!

We bought Wifi MQTT Relay a while back and that’s working nicely controlling the oil central heating boiler.
I did start tinkering with home-assistant on an old raspberry Pi but was having trouble getting my head around the MQTT and not sure if it was working.

Civilised Saturday came along, and we ordered:

I noticed in some earlier threads that you can use Flukso water probe so ordered one. We have the exact same water meter.
However no idea how to integrate it with Emon, but the EmonTx won’t be too far away, so hopefully can wire it into that somehow.

So in theory that would cover water and electricity, the last thing remaining would be the oil tank levels and/or boiler consumption.
I’ve come across a few interesting Arduino projects, but not experienced at all. I know some people have managed to tap into some of the wireless sensors like Watchman or Apollo, but seems a lot of money for not much precision.

So lots of ideas and fantasies. not sure which of them are possible or which we’ll manage.
Amongst all this trying to map water and electrics that previous owners installed in this old french house.

Looking for any advice on:

Take a look at gas meters etc in the old forums. Water/oil/gas meters have many similarities, so a lot of what’s been written about gas meters will apply to the others. Of course, you’ll need to buy and install a meter with a suitable output. The big difference is electricity meters tend to process a source of energy that’s usable when interfacing to an emonTx, water, oil and gas meters don’t. It means that the LED optical pulse sensor is a non-starter, and you either have a reed switch with a magnet, or you’ll need to supply a continuous source of power, which might be non-trivial.

Also in the old forums, I seem to remember something about monitoring a level in a tank - but I can’t remember which fluid was involved. Again, you might be able to search and turn this up. (It was quite a while ago.)

I’ve found it:
https://openenergymonitor.org/emon/node/10100
Rain water harvesting tank level | Archived Forum (not as long ago as I thought).

Looking for any advice on:

An Idea for your oil level monitoring:
I did a project for my brother a while back, to measure water level in his aquarium using one of these: 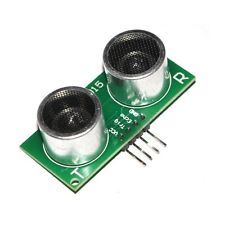 It’s an Arduino ultrasonic proximity sensor. Mounted vertically above the water and bouncing the sound off the surface, it was pretty effective. It was only used on a stand-alone system - no emoncms or anything.
I guess it will work just as well for oil level.

Thanks for the links Robert, had not come across those.
I did found a few Oil tank monitoring ideas from searches, this one links to an intstructable to make arduino with ultrasound sensor.
I’m guessing is the sort of thing Cliff is referring to?

I did find a few interesting things that people have done with domoticz:

But being a beginner at playing around proper with Raspberry Pi and Arduino, I found this useful articles, alas all the images are broken Raspberry Pi-powered Oil Tank Monitor, Part 1: Sensor Unit
Still I have a few french links to look at also.

That’s for the oil tank levels, which is no priority. I’ve just received the package from OEM with all the bits so looking forward to setting them up this weekend.

Then I can look at how best to connect up the Flukso water probe to the EmonTX.
I’m guessing I’ll actually need a breakout board or something in order to use the electricity pulse counter and the water probe. It was discussed in the old forums, so will likely start a new thread.