What is the recommended feed sample interval for the tx4?

I can’t see it in the documentation so have used 10s for those I’ve set up so far but I’m seeing lots of missing data points.

Maybe it’s interference as I already have two tx3 and three th.

Maybe it’s interference as I already have two tx3 and three th.

Quite possibly (I’ll move this to a new thread).

JeeLib or rfmTxLib?
JeeLib ‘classic’ handles one character at a time, and without testing on the V4 but with my experience with trying to get the emonPi monitoring continuously, there’s little chance of not losing data.

rfmTxLib uses the buffer inside the RFM69CW, thus taking almost all the work of sending the message away from the main processor.

Three emonTx’s sending to the same place will result in some clashes, the emonTHs will be less of a problem as their messages are short and sent only once per minute, compared to a much longer message every 10 s.

10s is the recommended sample interval for the emonTx4.

Emoncms has the option to record at 5s and it is not particularly obvious at the moment when creating feeds that is has selected 5s by default. Something I want to sort.

It might be worth double checking that your feeds are 10s interval. What kind of data loss are you seeing?

I think I used the new classic firmware - should I have used the ‘native’ one instead?

I know I can’t use the new LPL as there isn’t yet available firmware for all my devices to use that.

No you were correct to use classic firmware for now given that you are integrating into an existing system with the emonTh units and emonTx3. How much packet loss are you seeing? the graph interface has a quality indicator that is useful for measuring this, e.g: 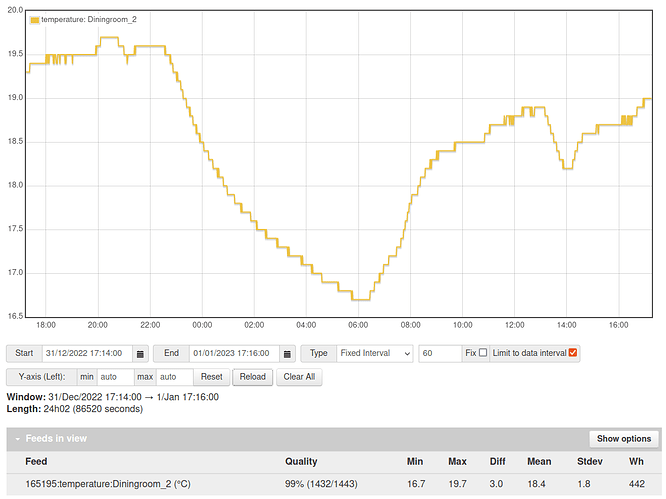 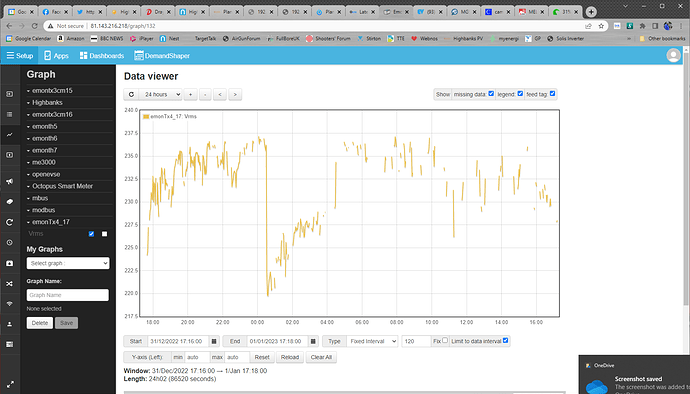 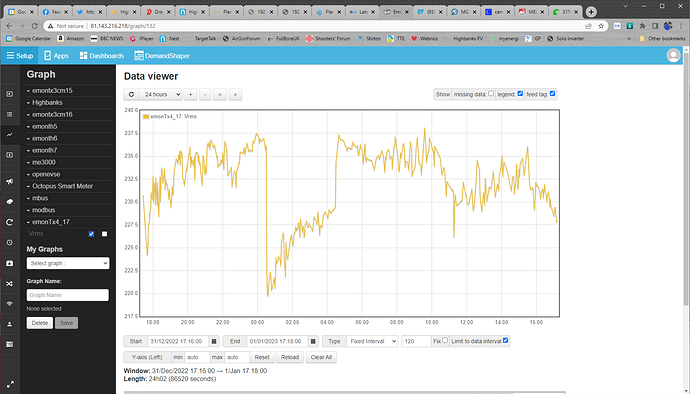 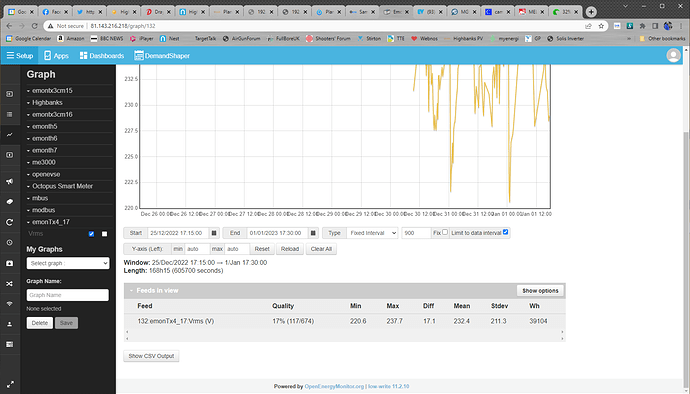 The TX4 is about 1 metre away from the base unit so it isn’t distance that’s the issue.

The feed is definitely 10s - hovering the mouse over the feed shows that.

Sounds very much like an interference issue with the other units or some other 433Mhz radio source. Does the last screen shot start at a time before the feed was created? First two are much more complete but of different time periods…

This is where the new LowPowerLabs firmware with the packet acknowledgment and retry mechanism does make a big difference. But you will need an updated emonTx3 firmware to use it. Alternatively given the short distance how about connecting the emonTx4 to the base with a USB-C cable as an interim solution until the new firmware is available for the emonTx3?

Does the last screen shot start at a time before the feed was created?