I’m trying to add a pulse counter to our smart meter to serve as a reference for a dual CT system (Type 2). In our country a so called mandatory “double sealing” is deployed for new installations. It means that the meter is housed in a larger box with a clean front bezel to allow reading the LCD on the meter and this box itself is sealed, and forbidden to open (it would break the seals). This effectively distances the meter’s LED from any convenient optical pulse sensor installation place. Can anyone recommend a pulse counting method for such an installation? Maybe a very sensitive phototransistor with a signal amplifier or such? The LED inside the box is about 4-5 cm from the front of it.

I think you may struggle to find a pulse counting solution that will span the gap without picking up false counts and/or loosing pulses in the ambient light unless completely a completely light tight 3rd box is used to house the sensor attached to the 2nd box.

Does the meter have IrDA out? I ask as I have recently be playing with IrDa on elster A100C (and A1100) to read the serial data rather than counting pulses and found the Infra-red can actually work up to 10cm away, I expect another glass/perpex layer might reduce that but IR may be more forgiving than a visible pulse.

Another advantage of reading the serial data is that the actual accumulated reading is transmitted and if the reception is patchy there will be no loss of accuracy due to lost packets or failed reads as the next successful packet will be 100% accurate,

I thought of making one, I didn’t think I could use something out of the box. The meter is in a wall compartment outside with a door and it’s only exposed to (natural) light if it’s opened for inspection or mainenance. It’s practically always in almost complete darkness. However, I see this curious area on its front face attached in a picture. Is it maybe an IRDA port? Do you have any info where I should look for protocol descriptions or anything related to communication with these devices? It’s a meter made by ZPA (a Czech company) but I couldn’t find this particular model we have… 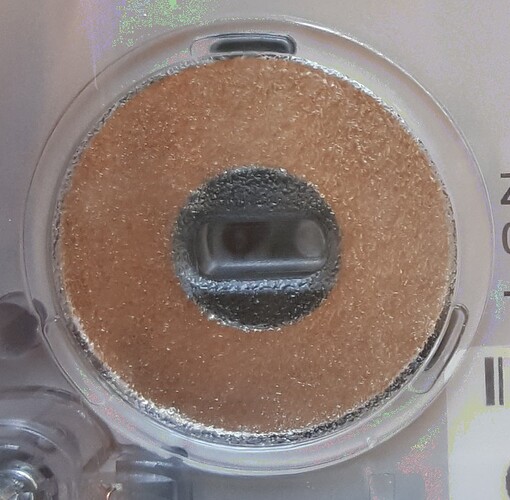 Some digital cameras (including those in some mobile phones) are sensitive to infra-red, so if that is an IR port and it transmits continually, that might see it. But it might only transmit when interrogated, so a negative result is not conclusive.

Using a phone is a good idea, thanks. I usually check consumer IR transmitters with that method

It didn’t seem to emit anything for minutes, but it does look like an IR transceiver at closer inspection. It probably only reacts to a master type device using the correct protocol. I couldn’t find any meaningful information so far regarding these devices but I’ll continue to research. If this fails I still have the possibility of detecting the puses somehow. If you have any pointers could you please share them with me.

if you decide to use a iPhone to see the IR pulses all of the current iPhones have IR filters.

An old iPhone 4 will work with the front side camera (the screen side or the selfie side) but not on the back side camera. The pulse will be dim and quick but it can be seen. It can be recorded via video.

No, I’m not using an iPhone. I know from experience that my current phone does detect IR light.

For my meter one pulse equals one Watt hour (Wh).

My meter is outside and is sealed similar to yours. And there is a small distance between the clear bezel to the IR LED. In the beginning the ambient light would activate the sensor so I added an IR Pass Filter. Here is what I did:

[image]   Take the small floppy punch piece and slide it between the velcro and the sensor case. [image] Now the sensor won’t react to bright light.   I can’t take credit for the idea. I found the idea here: Poor Man’s Cell Phone IR Filter

Thanks. My meter emits visible light pulses so band-passing IR wouldn’t help here, I think. But it seems that the pulse sensor from the OEM shop does detect your pulses from several cm distance. That’s promising.