Hi all - my emonpi (v 2.50) was working great for the last week that I’ve had it setup, but ran into a problem yesterday. The graph on the mysolar app stopped updating so I went to restart it. Shutdown the emonpi using the pinhole, waited 30s, unplugged, then plugged in again. When it came back up it froze on “Raspberry Pi Booting…” and has been stuck on that since then. It starts up, recognises the inputs but then freezes completely on the Raspberry Pi Booting screen.

From other similar threads it seems like an old firmware update caused similar problems, but mine is more recent so am not sure if that’s the issue. From initial research it looks like a re-format of the SD card is the only option, but am hoping that is not the case… Any thoughts?

Very sorry to hear. Shutting down the unit correctly like you did should not have caused any data corruption. I’m not aware of any update which could have caused this issue.

If possible could you open up the emonpi enclosure and connect a hdmi monitor the the raspi’s hdmi socket while booting and take photo of any errors you see? This should give us a clue as to what has happened.

Alternatively you could send the sd card back to us (please include a note) and we will recover your data and send you a new sd card with your data recovered. Please include your local emoncms password on the note so we can login to check your data is intact.

Very sorry for this hassle.

photos of error messages from pi below. Looks like probably going to have to wipe sd card and re-write. Is there any tutorial available for doing this? 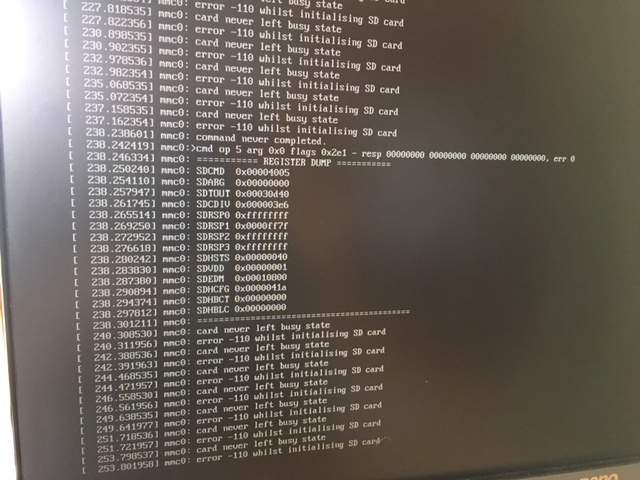 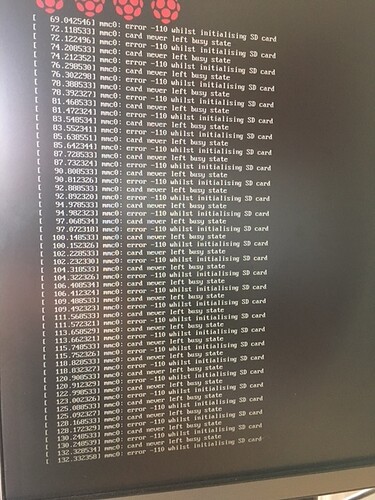 this is the error message that comes at the start 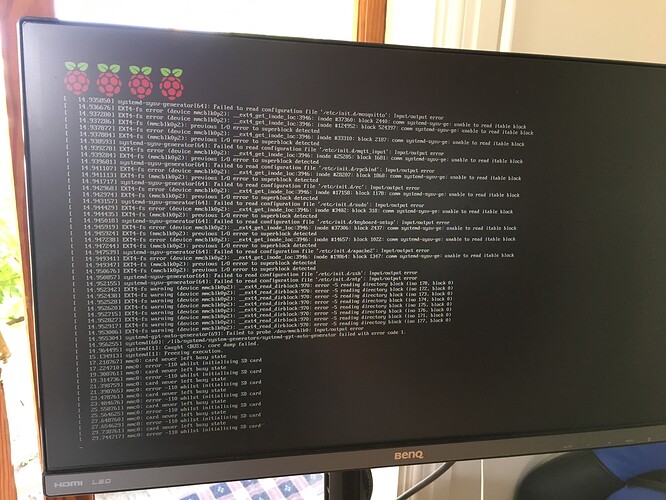 This: rpi can not boot properly due to EXT4-fs error - Raspberry Pi Forums
and
this: data recovery - Error whilst initializing SD card on Linux - Super User

suggest the card itself has problems.
If that’s the case, wiping and reinstalling might not resolve the issue permanently.

So I got a new micro SD card and loaded the software and OS. Everything working now, except for one thing - the screen on the emonPi is frozen at the IP address and Wifi strength screen. When I push the button nothing happens. Also when I try to push the reset button nothing happens (even when held for much longer than 5s). Not wanting to corrupt another SD card so haven’t turned off. Everything still up and running, but screen always blue and stuck at IP / Wifi screen…
Any thoughts?

Cheers for the help thus far 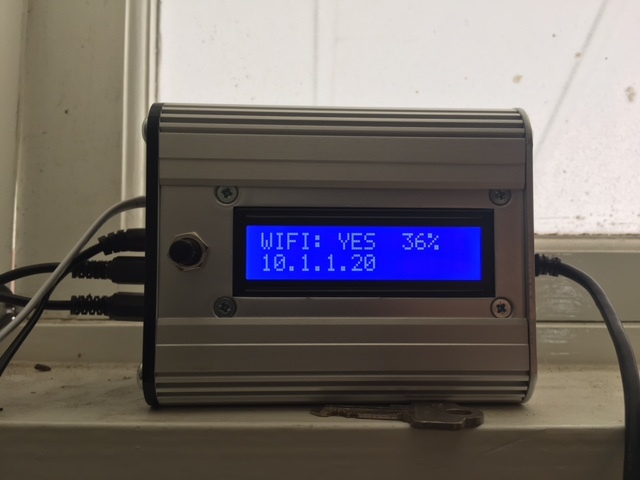 It sounds like the emonp pi python LCD script has frozen. Take a look at the logfile to see if there are any clues

You can restart the script with

Sorry to hear about the SD card corruption. Since we have introduced the read-only root filesystem SD card corruption has not been an issue. I think this could be the first reported issue. Shutting down the Pi will not cause corruption. We have Pi’s in the office which get sutdown and rebooted daily which have been running the same SD card without any corruption for the past 12months +

Can you think of any factors which might have contributed to this e.g.