I’ve had my emonPi up and running for the last few months, and encountered a strange issue over the weekend.

When we ran our Air Conditioning unit during the day, the emonPi seems to have registered the consumption as equal to the production. The AC unit has a 2kW draw typically, but for some reason this time it matched the production curve 1-1 and appeared as if it was ramping down as the solar was ramping down. While this would be awesome functionality, I don’t think it’s right. It hasn’t done this before, so am not sure why it did it this time.

Has anyone had any similar issues? See below screen capture of the production/consumption curves. 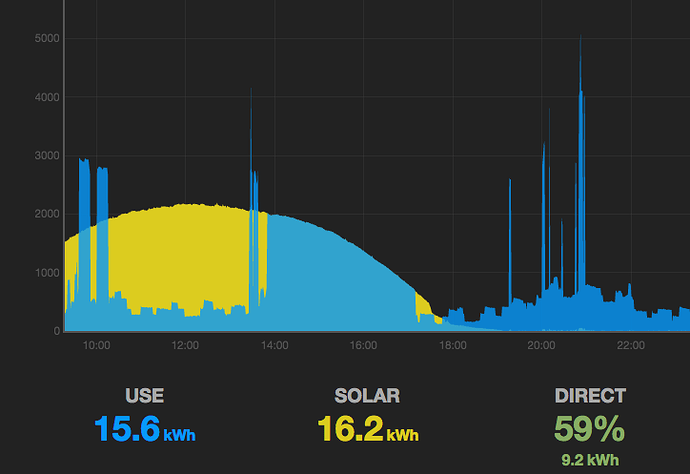