Power on start up

new to this and just wondered if the emoncms when used to monitor a solar pv system has the ability to POWER DOWN after power output from pv system is ‘down for the day’?

also if it has the ability to POWER ON when the pv system begins generating power?

No, it’s designed to run continuously. Although the software has been set up as far as possible to avoid problems with corrupted SD cards, unless you do a controlled shutdown, you are liable to corrupt the SD card, possibly leading to it becoming unusable. Indeed, many of our users recommend using a UPS for that reason.

so what about connecting a usb car charger to the raspberry pi instead of a ups?

Would you mean with a car attached to the other end?

Isn’t that essentially the same as a UPS, provided of course that you keep it charged?

The point I was trying to make is that a sudden withdrawal of power isn’t good for the SD card, which is what I anticipated you’d do if you somehow powered your Pi only when the sun was up. And I wasn’t considering the holes in the data you’d have overnight. If you go on to the arrangement you envisage here, you’ll need the emonPi to be permanently powered anyway, or you wouldn’t (of course) have any consumption data overnight.

do you recommend a particular ups for the emonpi?

I don’t, sorry. @borpin might be able to help here.

Given a RasPi consumes 4 to 10 Watts of power, (depending on the model)
is there an issue with leaving it powered 24/7?

no. so a 5v 3a voltage source will be fine for the emonpi? thx.

so a 5v 3a voltage source will be fine for the emonpi?

Yes. That meets spec for all versions of the Pi.

Here’s a previous discussion about “UPSs” for the Pi
There’s plenty of good options available now. The main thing to look out for is that it will supply power from the mains adapter when available and flip to the battery when it is not available. A lot of similar adapters from eBay etc. will either charge the battery, or supply power, but not both.

do you recommend a particular ups for the emonpi?

It depends on how long you want it to run for. If the power is off, it will eventually run out. For me I use an APC 750VA UPS to run all my network gear and the Pi I currently have running HA (soon to move to Proxmox on a Laptop so built-in UPS). For me, a UPS is partly about surge protection as well although the UPS is plugged into a surge protection power strip (belt & 2 sets of braces).

bill, greebo, & borpin: thanks for the responses.

i am new to rpi but have looked at this technology with curiosity. it seems to really shine in dedicated systems applications, like the one here emoncms.

the only problem with this one is that there is a 22v max input, and the solar panel might exceed this.

thanks everyone for the help. just ordered the emoncms & a temperature sensor. can’t wait to start monitoring the pv system!

That type of battery is designed to put out a large amount of current for a short time,
typically 30 to 60 seconds. As such, it won’t last very long before it “goes dead.”
(that’s why your car won’t start the morning after you find you left the dome light on the night before)

If you don’t need a “long term” solution, the mower battery would work fine. By long term, I mean
more than just a few hours. e.g. overnight, or a full day or more.

Ideally, you’ll want a battery designed to put out a comparatively smaller amount of current for a much longer interval. Deep Cycle Marine batteries come to mind here, but they fare only a bit better than the
“starting” batteries do. A trolling motor (fishing) battery would be a better choice. Golf cart batteries
would be even better yet.

I bought a USB DC-DC converter similar to the one you linked to: 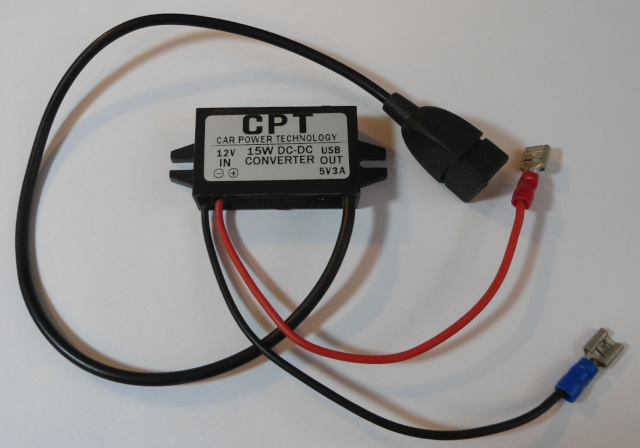 but it was a disappointment. With 13.8 V at the input, the output was ~4.5 V.
That was with a 1 Amp load, which according to the device’s spec, should’ve been no problem.

Er…
emonCMS is just the software. Have you ordered the hardware as well: emonPi, a.c. adapter, 2 c.t’s, d.c power supply?

yes i bought the kit. https://shop.openenergymonitor.com/emonpi/

after scouring various places and seeing various approaches, i found a good deal on a ups. no worries here, just plug in and forget.