That is the problem, I think I need some hex to decimal conversions on the error counters.

I can see the firmware info in there too. Can you see why its not being displayed? Do you see it in your build?

Also is there any notes / documentation on how I configure the MQTT for the solar divert?

That one error invalidates the whole file, so that will cause a bunch of values to not be displayed.

Yes I changed the line in open_evse.h
#define VOLTS_FOR_L1 120 (to 240)
This gives 1amp increments. Easier than trying to find the increments setting as I don’t have 120v. Sorry for the late reply.

A post was split to a new topic: OLEV EVSE Reporting

Hi @sean_fosberry, @jeremypoulter has just pushed an update to fix the issue with the version and stuck relay count not being displayed. Could you test the latest update and check it’s working for you. Here is the firmware to upload:

Could you confirm this has fixed the issues for you?

Also is there any notes / documentation on how I configure the MQTT for the solar divert? 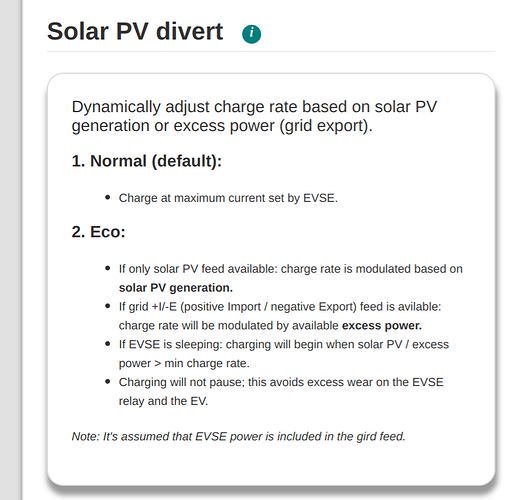 A busy evening… Have my leaf battery posting to emoncms now but thats for a different thread! I’ve just applied the update.

Here are the results : 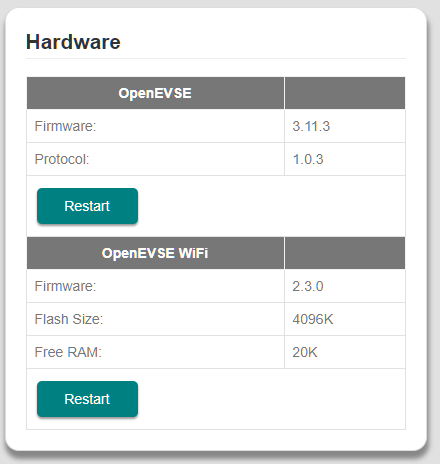 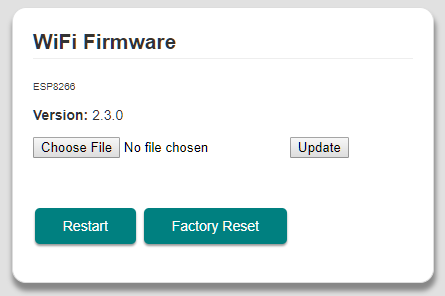 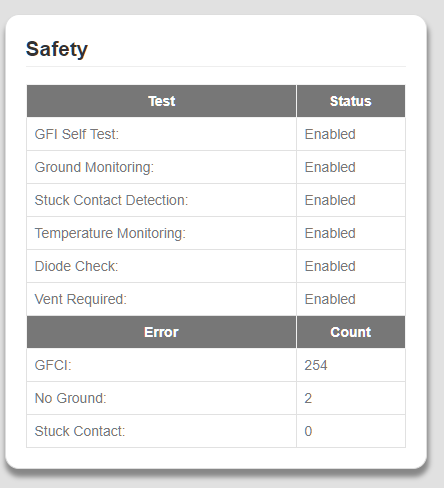 Looks good but not sure why I have 254 GFCI errors though …?

That is what the OpenEVSE was reporting in the JSON you posted earlier, so I don’t think this is a WiFi module issue. You can check using the GF RAPI command: http://OpenEVSE.local/r?rapi=$GF. I don’t see a way to reset the fault counts so may need to factory reset the OpenEVSE to reset the count.

Oh no looks like I’m out of luck again, finally got a chance to build another WiFi chip and load with Arduino thanks again for keeping Arduino support. But I get build tag error on the evse display when scanning for a network which I assume is because I’m running openevse 4.8 something?

Looks more likely to do with compiling with Arduino as I’ve noticed even when disconnected from openevse WiFi version just says build_tag not 2.3.0

Yes, that issue is due to compiling with Arduino. You can either use Platformio (highly recommended) or manually enter the built tag into Arduino.