My setup was succesfully working for more than a month but just Today I received a “relay stuck” error.

I’ve noticed that when I switch on mains, relay closes and won’t open again (before the failure it didn’t close at startup). If I switch off “relay stuck validation”, setup works perfectly ok and charges EV.

I tried to update firmware to several versions (both WIFI and controller) and neither seem to change anything.

Are the relay contacts welded? If the current is well below the contact rating, that is unlikely with a load that is close to resistive, but if there is a big filter with inductors, it might well be that the contacts have welded. If the fault clears with a sharp tap to the relay itself, welded contacts is very likely.

HI, I’m not sure I fully understand you.

When mains go off, I can clearly hear the relay opening. Is thre something I can measure with tester somewhere?

Contact welding normally happens when you have a highly reactive load, and the weld results in the contacts sticking together. If you can hear the relay operating and if the power is removed from the vehicle, then it is unlikely that this is your problem. The ultimate test is, with both power off and the vehicle disconnected, there should be no continuity between the relay contacts.

I do not know how the openEVSE determines that the relay has stuck - it might be that it is slow, and there is too much time elapsed between the voltage being put on or taken off the coil, and the contacts responding.

I do not know how the openEVSE determines that the relay has stuck - it might be that it is slow, and there is too much time elapsed between the voltage being put on or taken off the coil, and the contacts responding.

I’ve very rare for this to happen, but if it does the only solution is to replace the contactor. First point of call should be to check the connections, please could you post a photo of your build?

Thanks for your ideas. 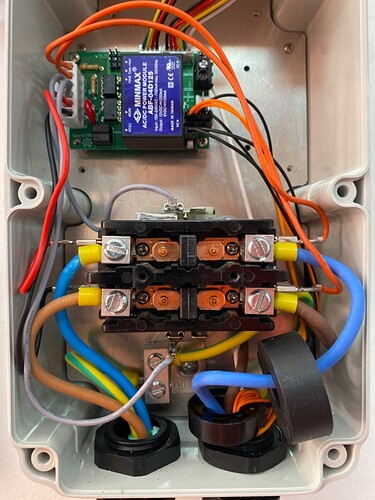 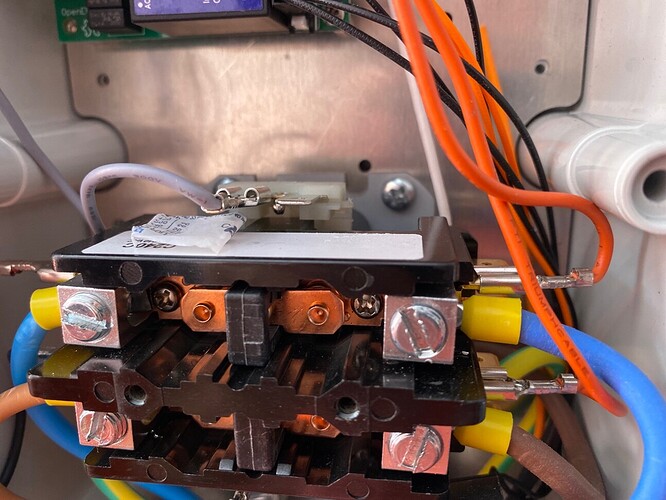 not sure from the pic but is the lower coil connection touching the earth connection? Would be tempted to move it to the right tag. 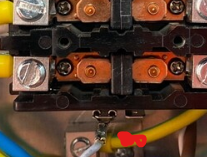 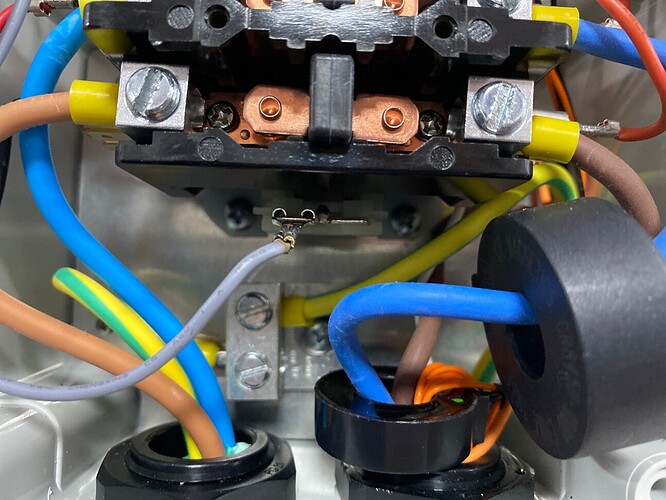 As far as I understand the mechanics, when not connected to Ev or simply not charging there shouldn’t be 220V here and that’s what I measure with my tester. I’m right or I take it completely wrong?
Thanks 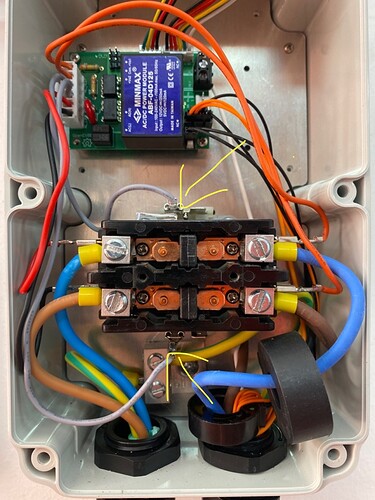 Thanks for the photos, you’ve done a tidy job. The only issue I can see is that you’ve got Live and Neutral connections to the OpenEVSE controller the wrong way round. However, I don’t think this is a cause of this issue.

I measured resistance on both N,L sides of contactor and both measures went around 0 ohms.

When I unplugged pilot wire and power up, contactor is still closing.

You mentioned that contactor shouldn’t close on EU version of firmware but still may be a firmware around that does it, right?

In order to be sure, could you help me find the right firmware url for my build to make sure is not a software related issue?

If the resistance is close to zero ohms then the contactor is not welded.

You surely don’t mean that!

N.B. “Normal” is the de-energised state of the coil.

Are they welded them? If that it’s the case, should I replace the contactor with any other brand/unit with similar features? I live in Europe and this brand is difficult to find.

From what I can see of the picture, surely you can see if there’s an air gap between the contacts when the coil is de-energised?

Be certain to isolate the EVSE before investigating.

Here are pictures of a contactor that I expect has a similar contact arrangement - but this is designed to pull the armature up, so the pictures are upside down. The contacts nearest the coil are the normally open ones (like you have). You can clearly see the air gap.
In the second picture, my screwdriver is pressing one side of the moving contacts to show how they are sprung. I did another test: disconnecting the relay_ac cables from the contactor to check what’s happening when power is on and, as I was suspecting, the contactor is not closing. I measured voltage in the relay_test side (car side) and no power at all.

So it seems that it is definitely something related to the controller because the contactor seems to work as expected.

Looks like I may have damaged the controller somehow?

Have you checked the coil voltage? I don’t know what it should be - normally it’s written on the relay, but it should change when you expect the relay/contactor to operate. The only other test that you might want to do is pull the wires off the coil, and measure the coil resistance. Anything from a few hundred ohms to a few thousand is probably OK, infinite (or anything above say 100 kΩ) means the coil is faulty.

Beyond that, I think I cannot help you any more - I know nothing about the openEVSE, I only joined this topic because Glyn posted a statement that seemed very wrong, so I attempted to clarify the situation.

If the resistance is close to zero ohms then the contactor is not welded.

You surely don’t mean that!