By the way, is emonTH able to connect to open collector? It is powered with an atmega328 and have the same GND and IRQ1. But i couldn’t find about the resistor.

The emonTH V2 has the pulse input on screw terminals. If you look at the sketch, you’ll find exactly the same line:

That turns on the internal pull-up resistor inside the ATMega 328P.

Thanks!
I got it installed today and working just fine!
Thanks for the help!

If i install emoncms to a simple raspberry pi and connect the SO open collector, wich pins should i connect?
(Raspberry pi model B)
My brother has a raspberry pi and since i don’t know much of it, i am afraid to mess it up.

Paul’s script there appears to be using pins 13 & 15.
If the software is applying a pull-down, you connect the SO output between the GPIO pin and the 3.3 V power.

Thanks for the quick response!

I see, but as i could read here: GitHub - ondrej1024/emond: Smart energy monitor device software for EmonCMS
It says
"emond is being developed and tested with this type of simple energy meter that was installed in addition to the one provided by the energy company:

The cabling has to be done as follows:

No external pullup resistor for the S0+ line is required as the RPi internal pullup will be enabled by the software."

So, its confusing me at connecting the wires, as it don’t talk about the 3.3v.
And searching on the web, as i dont have much knowledge of electronics, i couldn’t find any “simple” explanation for my lack of knowledge.
And shouldn’t emoncms detect the input, once its connected?

Sorry bothering you about this.

I think the explanation is simple. One chose one way, the other person chose the other way. Both are valid ways of getting almost the same result.

Now that you explain that, i can see how it works.
How did i miss this(???):
“So if you wire the switch between input and ground, so the switch pulls the input to 0 V when it’s closed, you need a “pull-up” resistor to pull the input up to 3.3 V or 5 V when the switch is open. And vice versa”

I really need to read carefully this Directly connecting to Optical Pulse Counter with RPi? - #7 by pb66

Robert, i am very grateful for you help!
Thank you!
Celso

You might need to choose based on how your logic works - or change your logic.

Personally, normally, I would choose to wire the switch to GND, then a fault to earth on the switch wiring does not burn out the 3.3 V power supply.

Well, the open collector will be the one that i posted at the beginning.

The choice will depend of what emoncms allows me to do without messing up much with the system files but i would like to avoid burning anything so, connecting it to gnd is the most safe decision.

Actually, i thought that was just connect the wires to the open collector and emomcms (i installed the latest image provided by openenergymonitor on a sd card) would detect it automaticaly (sorry, not sure if is well translated).
Already have a emonpi connected to the collector, i assumed that was just connect the raspberry pi with the same software and the result would be the same. Didn’t know about the logic and the pins.
It will take some time to learn and see, as i dont want to bothering everyone every 5 min and i want to learn how to do it. 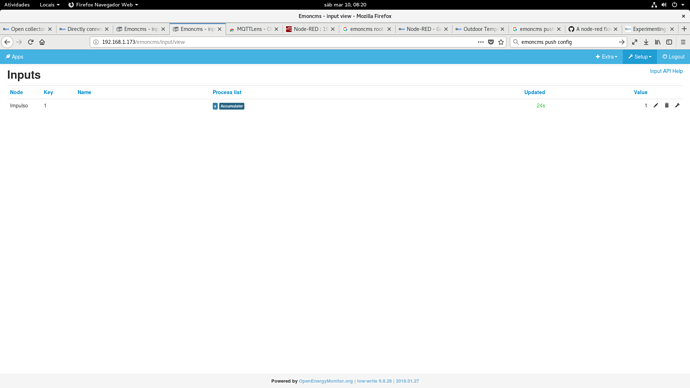 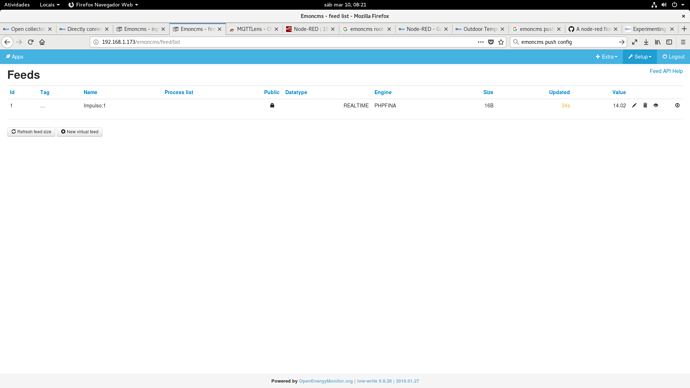 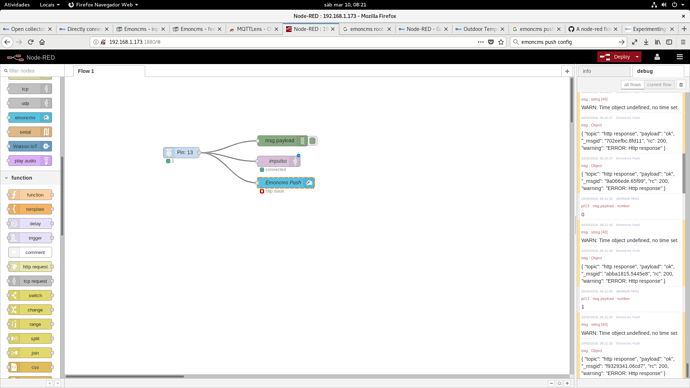 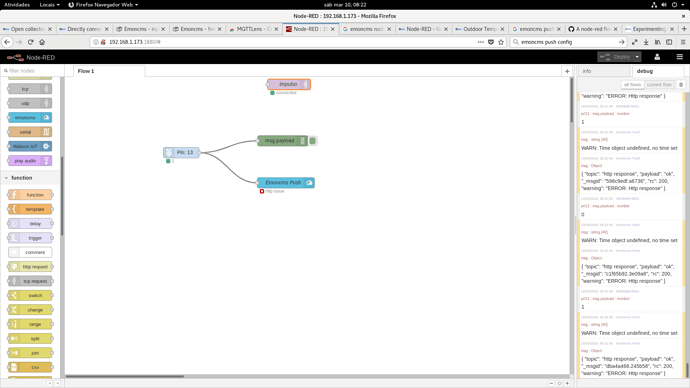