I have an office system installed integrating power consumption, temperture and lighting control by Wifi Relay programmed by Node-Red.

I control Wifi Relay by HTTP so the scheduler component is connected to a HTTP request node.

I have a problem. When Raspberry pi restart or have any problem the Node-Red service restart too and sometimes Relay switch off the light.

Do you know how to program it without this problem? 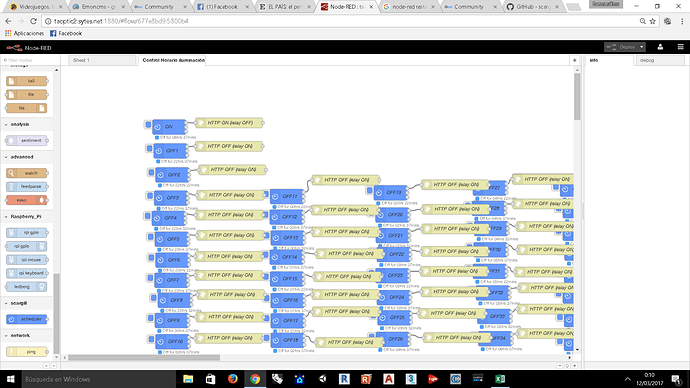 The Node-RED group would be able to answer this question better. They are at:
https://groups.google.com/forum/#!forum/node-red

Be sure to include your:

From the picture it looks like you have an older version of Node-Red. Node-red is at version 0.16.2.