I’ve only been collecting data for about 4 days now, but within that time I have noticed the ‘kWh to Power’ spike into a very large negative value.

I’m currently only using an optical sensor, so firstly should this be happening?

And secondly, if this happens at times, is the correct way to mitigate it by adding an ‘Allow Positive’ process right after the ‘kWh to Power’ so that subsequent processes (kWh/d) do not inherit the same issue? 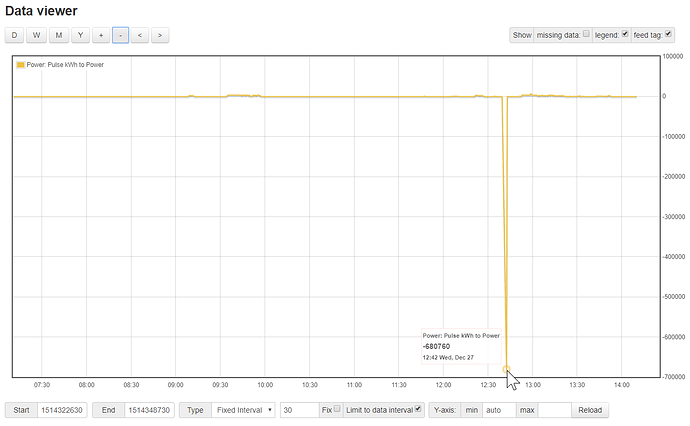 I’m hoping someone could help me with this issue, as it has happened again. Or at least help me with diagnosing it, as I don’t really know where to look for clues.
Along with this is that over the past 2 days I have had my RPi3 become unresponsive, whether that it is hardware or software related. I know that when it is powered off and back on, everything is running again. 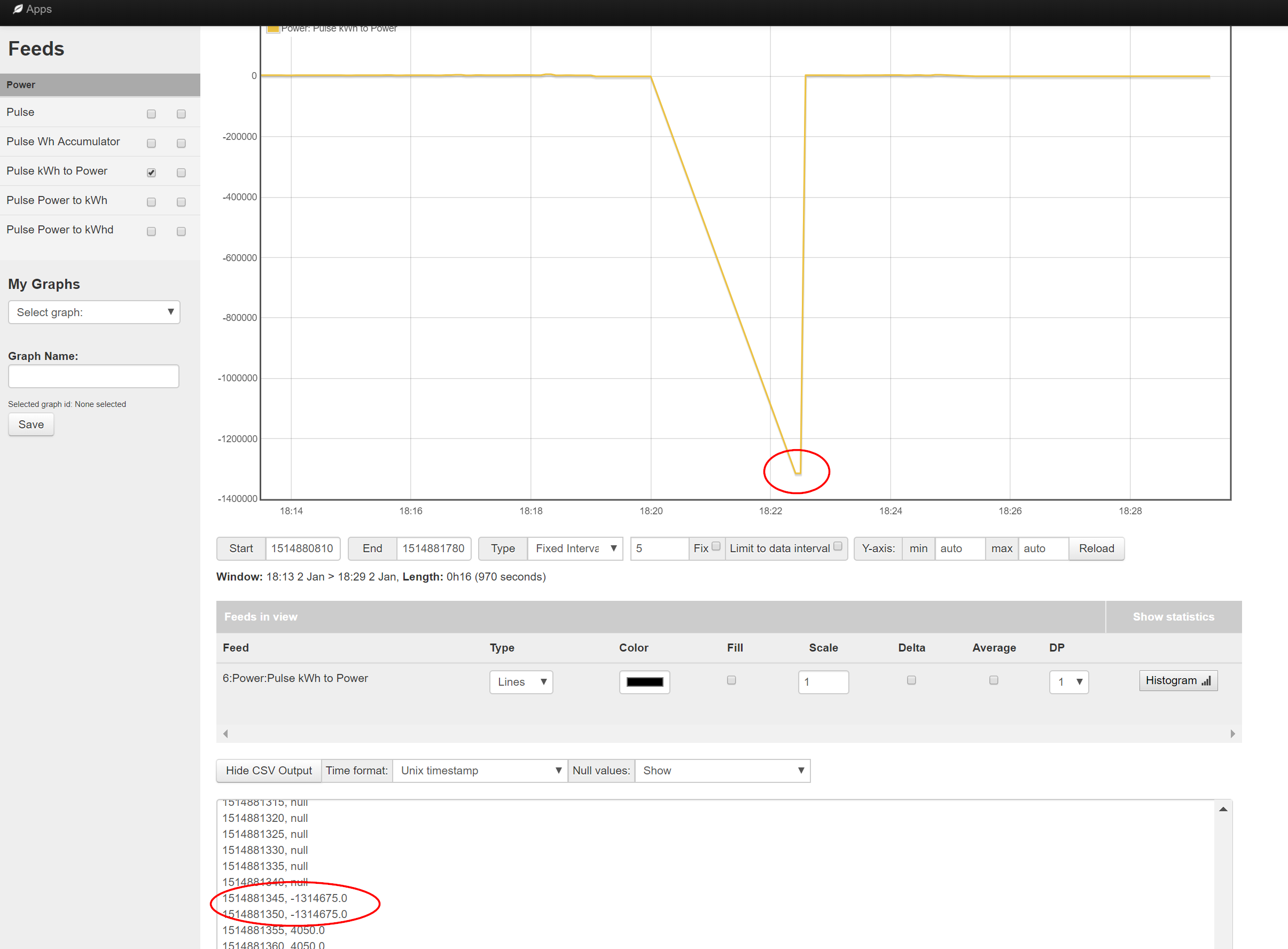 Here’s the affect it is having on the app, and why I would like to resolve this.
Is there a way that I can correct this in the short-term as it has a significant impact on the stats. 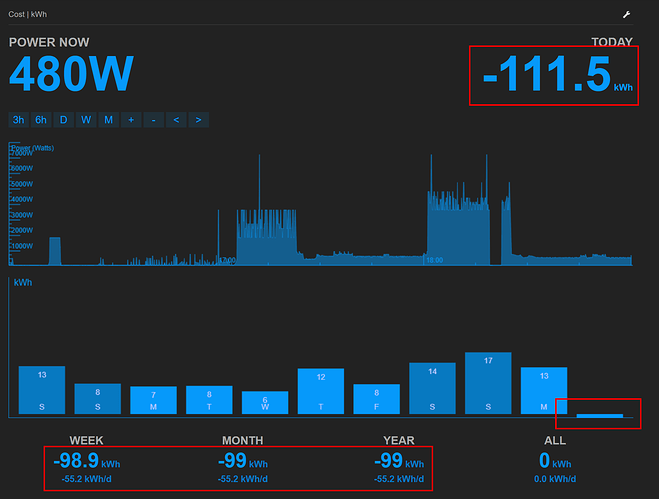 And for what it is worth, here’s the log I grabbed as soon as I realised.
emoncms.zip (723 Bytes)

Overall I love the product and it mostly works well. But these above issues are ensuring that it is unreliable.

I don’t quite understand the full implication of Log to Feed. And what it is logging?

The process gets a value from the input (if you like at the top of the screen). Each process then works on it and in most cases (there are important exceptions, but I can’t reel them off for you) passes the result down to the next process below it in the list. ‘Log to feed’ does exactly what it says - it sends the value it received to a feed, where it is stored, and passes the same value down to (in your case) the accumulator.
So if (say) you want to store the power also, you need to insert another ‘Log to feed’ at position 5, which will push the ‘allow positive’ down to 6th. It must of course log to a different feed.

I don’t know all the processors well enough to tell in detail how they work, so I can’t shed any light on the big negative value.