My emonPi took a spill and the SMA jack/connector broke off. Replacement source?

My emonPi had a fall and the antenna broke the SMA connector off the PCB.

Does anyone know the part number for the SMA connector on the current emonPi? 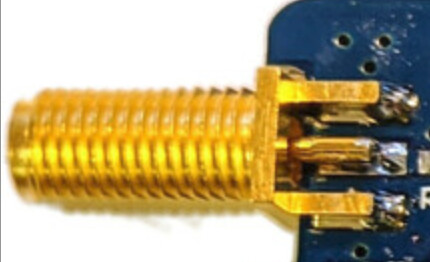 I want to order an exact match so I can solder a replacement on.

I am in the US, but I am willing to order from anywhere.

Welcome, Anthony, to the OEM Forum.

Firstly, we like to think that no-one will be offended by anything they read here, so I’ve changed the title of this topic. Whilst the word that’s no longer there might be totally acceptable in your community, it’s not necessarily like that everywhere.

Now, maybe a silly question - are you actually using the antenna? If you don’t have an emonTx or emonTH reporting by radio, you’re probably not using it. (It isn’t Wi-Fi.)

If you are and need to replace it, how has the connector broken away from the board - has it taken the pads on the PCB with it? If it has, replacing the connector won’t do you any good, because you’ve got to have both a mechanical fixing and an electrical connection to GND and to the antenna output on the radio module. I rather hope that the connector itself has broken in two, leaving the base attached, but even so, removing the remains without damaging the PCB will be tricky.

If the PCB is damaged such that you can’t solder the replacement in place, I’d suggest getting the same connector but cable-mounted, on the end of a short tail of co-ax, and solder the cable screen and core directly to the r.f. module.

Thank you for the forum advice. I am using emonTH. Your guidance on replacement parts is greatly appreciated.

When you’ve assessed the damage and the feasibility of replacing the socket, if you’ve lost the pads off the pcb, we can tell you where to pick up the appropriate tracks.