At present we have a dumb Rolec 7kWh unit that is used to charge Leaf.
A few months ago, I picked up Outlander and I am primarily using manufacturer supplied 2.4kW EVSE using mains socket.

Hello @Hermit_Dave, @glyn.hudson may be able to help with this one, I think the answer will be that you need an EVSE controller and contactor per socket and then would need to design the ratings of everything else appropriately

Many thanks. Let me read up on EVSE controller / contractors in the mean time

It would be possible to create a double-headed unit using two OpenEVSE controllers and two contactors. However, I can’t see any advantage of this over fitting two units.

In a domestic installation you would probably need load sharing between the two units to avoid a 14kW additional load which would most probably not be allowed by a DNO. EVSE’s installations are now required to be DNO notifiable.

I suppose I need two load sharing EVSE controllers. Rolec doesn’t have load sharing capability unless only one needs to be capable.

Load sharing is something we’re looking to implement on the OpenEVSE but it’s not available yet.

Sure, you could use the Viridian controller in place of the OpenEVSE. However, the WiFi interface would not be compatible.

Do the OpenEVSE have ability to interface with ToU tariff? You are right non compatible controllers cannot be expected to communicate.

I’m still in planning phase so nothing is set on stone.

I’m not sure what the ToU tariff is. Currently, the DemandShaper supports OpenEVSE smart Scheduling from a number of signals e.g Octopus Agile 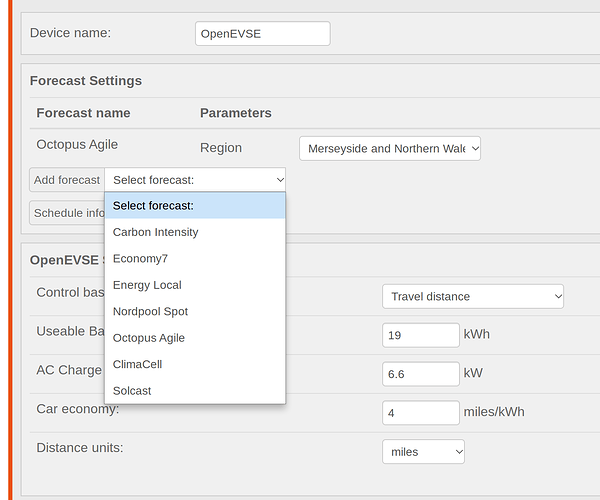 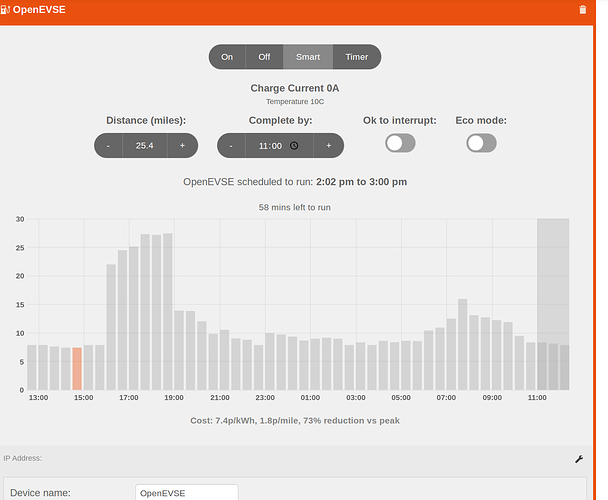 TOU. Time of Use. Generic term, I think Agile is the only such tariff available in UK. (At the moment!)

TOU. Time of Use. Generic term, I think Agile is the only such tariff available in UK.

It’s all relative. My first Time of Use tariff was EDF 20:20 that required specialised meter. I used that for a decade before upgrading to smart meter while on equivalent EDF Go Electric last year.

A few years ago I came across TIDE tariff which was the first time I heard Time of Use though no where near as dynamic as Agile.

I’m on Agile at present

It is, but you said the only TOU tariff. I was just pointing out TOU has been around for a while albeit in a very static way. Agile is the first to price in relatively short time slots and that price is set on a daily basis.