your cheaper Zigbee light they work well but they do not have very strong signal . they need to be closer to a zigbee router as they are only end devices
to reset them you flick your lights on off 10 times to get them into pairing mode…

Great light a cost a littlle more then Sengled . they have strong signal in them. and the ones I bought not sure if all hue lights are the same but they are routers as well so you can disperses them through your structure to achieve optimal coverage as mesh hop point. hard to reset you need a remote ( i did not know that when i bought them) but it seams if you push the pair button Sylvania smart+ plug it will also cause the phillips Hues bulbs to go into pairing mode as well… perhaps it was a one off fluke for me. as one I bough them some were already in pairing mode and and other were not . and when i paired my sylvania smart+ plug all the philips Hues bulbs also went in pairing mode as well and connected to the Zigbee2mqtt - whereas before only 1/2 did

great light got them really cheap lowes was selling them for <$4 a bulb . not 100% sure if they are router as well. but good bulb . pairing is a little awkward - on for 5 seconds off for 5 seconds 5 times . so it can be a bit awkward to get timing right…

Nice plug as the full 15amp circuit which is hard to find as most reasonably priced ones ($25) are 10 amp in the 120 volt range . it only provides on/off capabilities and no power management . to reset hold on/off button for 5 second. it is also a router so it will act as a hop point

Good zigbee adaptor even if you have to modify them slightly for the N.A market. they are routers as well and have good distance. provides on/off and power management . pairing is easy simply press the on/off button until it blinks . only 10amp so you can not use them for any thing like a kettle in the N.A market at 120v… but you can place then on 10 amp 220volt outlets… it is a cheap attractive Zigbee plug for controlling lights and smaller appliances

I am still waiting for those to come … the hieman smoke detector is the same price as normal smoke detector at $30. i will provide details on those when they come

Interesting summary. What about Ikea trådfri bulbs? Do you get them over there?

tried a few out since I got my zigbee2mqtt working

I’ve got zigbee2mqtt working on a Pi with an adapter and I’ve got one bulb installed at the moment but I do find it is not that reliable (communication wise).

I checked I can get them - price is not bad on E26, I try will to buy a couple to test for you-- but what i read on them they are end devices so you need a router placed some where just like my sengled , –
also did you install the newest Z-stack firmware on the 2531
https://github.com/Koenkk/Z-Stack-firmware/tree/master/coordinator/CC2531/bin

my sengled did not work until I did that

I flashed it about 4 months ago so if it came out since then no. If I get one I’ll bear it in mind. They are a pretty good price over here as well.

the newest came out 25 days ago. give that one a try and see it works better.

I may just do that. I do hate disturbing things like this though

is that about the same price there out of curiosity

About £10 - they do a fair number of different ones but similar yes. 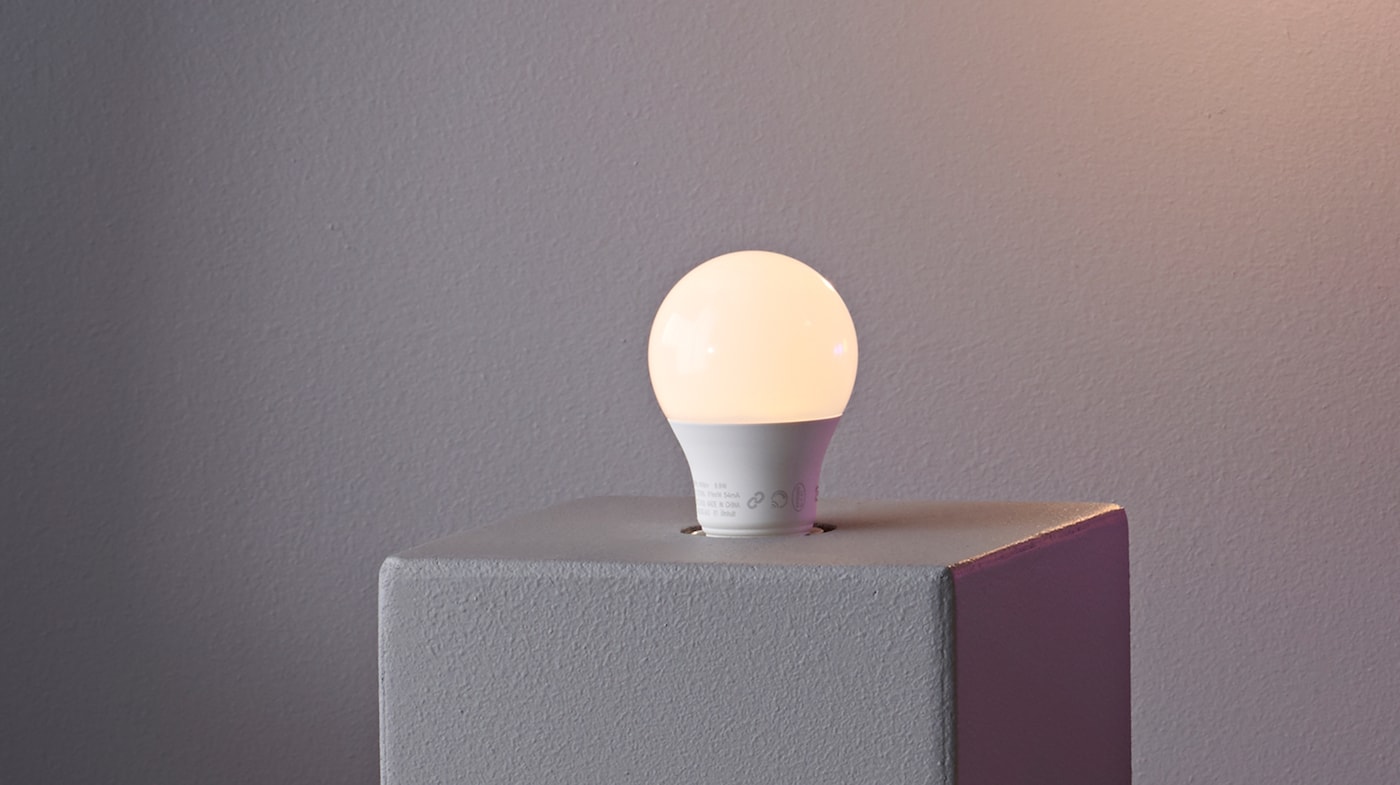 Click here to browse our smart wireless LED bulbs today. Our smart light bulbs can be turned off and on, dimmed and changed from cool to warm lighting.

– for those how are using zigbee2mqtt in domoticz and domoticz-zigbee2mqtt-plugin… and wondering why it does not graph into domoticz… you need to edit kwh.py… and change it from kWh to Usage

it will then graph into domoticz – if using the xiaomi smart plug it only sends updates on watt change of ~20 watts… so it will give you only an approximation of usage a reasonable approximation nonetheless… it does log the total consumption in kwh but then it is only to the first decimal point .

Stephen, you are correct about the Ikea kit being end devices, however they just released this - 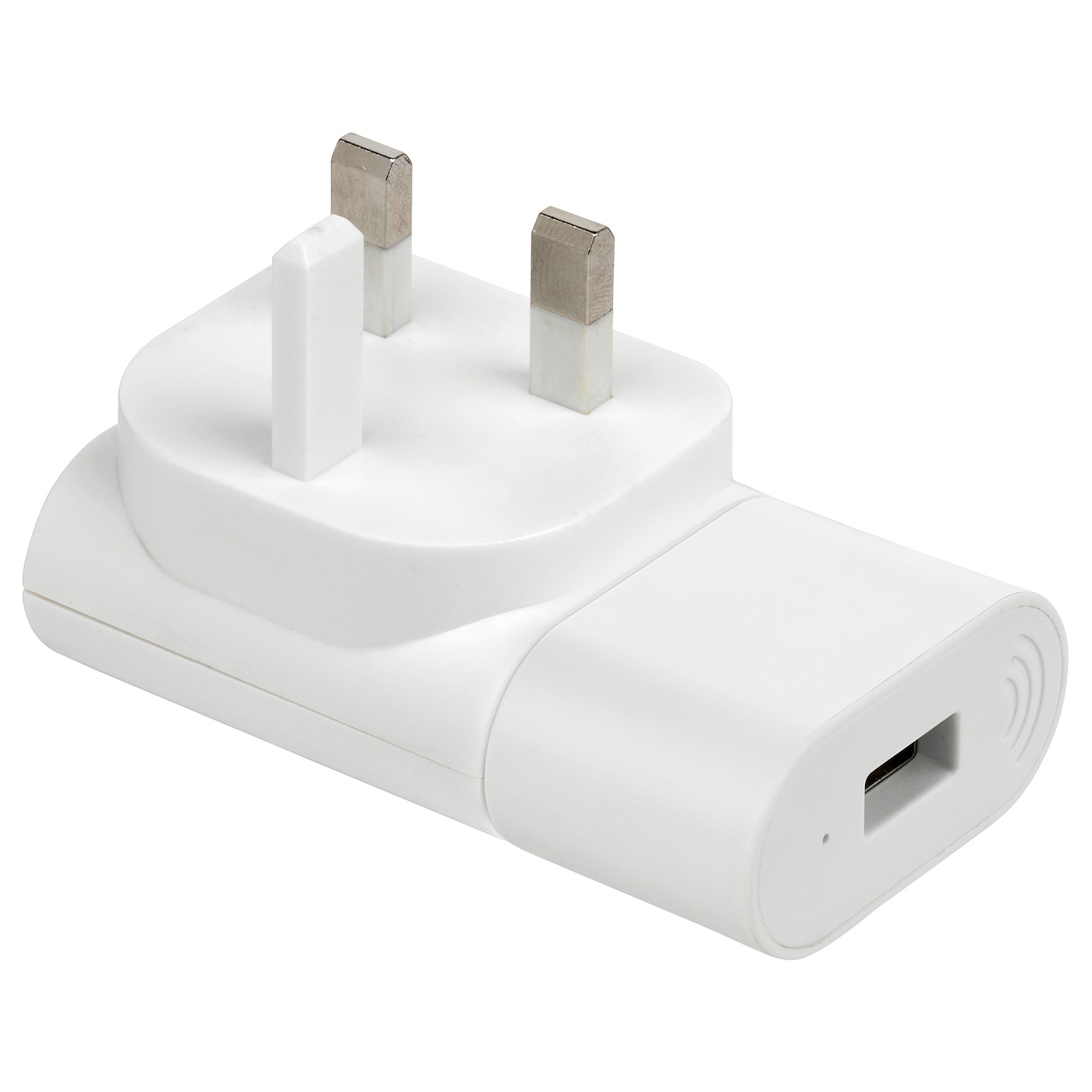 Which is a Zigbee repeater (hub), the hub is actually just the extra part which plugs into the mains USB power supply. The repeater has a USB pass-though so it can be used as a USB charger too.
£8 = approx $10 ?

Also noticed they have re-released the mains switches, different design and the price has gone up from £8 to £10, which is slightly annoying.

Also noticed they have re-released the mains switches

This elongated design is so old hat now though and no power monitoring so a no from me.

oh man _ was going to order some ikea stuff… but gheez the shipping on a couple light bulbs was $50… twice as much as the stuff I ordered… I guess Ikea stuff will have to wait until the next time I go to ikea store. I will stick to the free shipping on amazon, aliexpress, walmart and other online stores for now

received the xiaomi zigbee cube. works well. connected to zigbee2mqtt with a push of a button… oh my lots of switching option on that cube… each side can be it own switch option. rotate 90 degrees, rotate 180 degrees, rotate right, rotate left. degree angle of rotation positive and negative, slide, shake, tap and fall ( toss up and catch)… you can easily set up 100’s of different combinations if you like.
works okay with domoticz, though domoticz has some short coming in it blocky scripting as its “if else” statements are not really “if else” statements more like “if or” or “if and” statements … so to get dimmers function to work through rotate right/left is impossible unless you get at the end of the else statement to send an cube off mqtt topic to zigbee2mqtt. then it tricks the blocky into stopping the continous loop. else wise it will just loop through your "if else ’ statements until there no condition it can run … but you can set dimmer function on degree rotation. which is okay if but a little tricky as you need to be accurate on your rotating the cube skills

received the hieman zigbee smart smoke Sensor ( detector ) today – also works great with zigbee2mqtt. took less then 5 minutes to set up … simply press the small button through the pin hole on the side of the device hold it for 2 seconds until it blinks green, then releases - do not hold it too long then it will go to solid green this is meant to delete the device from the zigbee network. it will take about a minute to connect to the zigbee network. once done you simply add the “switch” and enable notifications in domoticz … for me I just use email and send an mms directly to my cell phone it will pop up like a sms message on the a cell phone . now if there is a fire or smoke alarm goes off it will send an email directly to my phone and other devices … the only thing they are small smoke detectors that for sure nothing like the huge smoke detectors we use in Canada – they are about the size of a small espresso cup versus the the Large cappuccino cup size of a N.A smoke detector