Hi, for those of you that have:

Hi, for those of you that have:

I’ve hit the triple jackpot, I’ve got all three of the above!

Looks awesome, I’ll give it a go 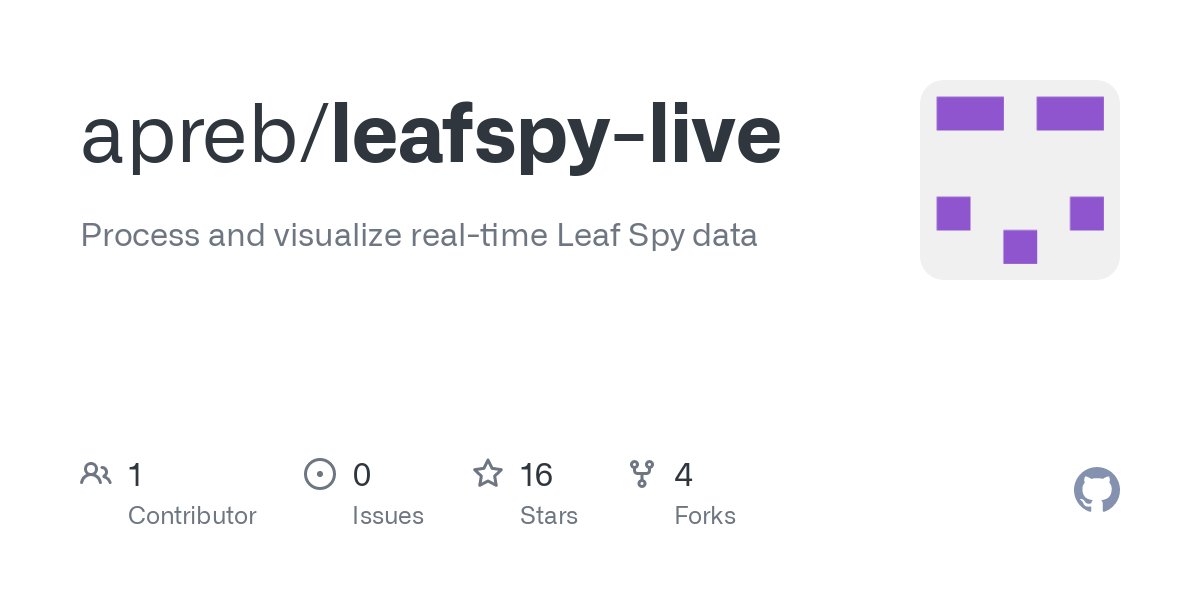 Have you been involved in development @cab123? It’s awesome they choose to use our emonSD image.

i love it… one day I might be able to do this too.

so, a total noob here… I followed the steps. the installing took way longer than I thought it would… I managed to get to the step where I was supposed to login as ROOT to test the Mongo bd but I don’t know the root password for the Emonpi and so I though “maybe it worked, because I don’t know what to do if it didn’t” I got to Node-Red and copied in the script and it got grumpy, so I’ve got ahead of myself and maybe I missed a step or had something happen that I didn’t see in the steps and winged it incorrectly.

So, I’m pretty much not going to get this to work right now as I see some holes in the node-red stuff.

Just so you know, I’m in well over my head here. I’ll come back another day as it’s getting too close my bedtime to try and fall alseep thinking over this and not being able to sleep. Netflix timewaster will fix that. I do hope I can figure this one out later on. 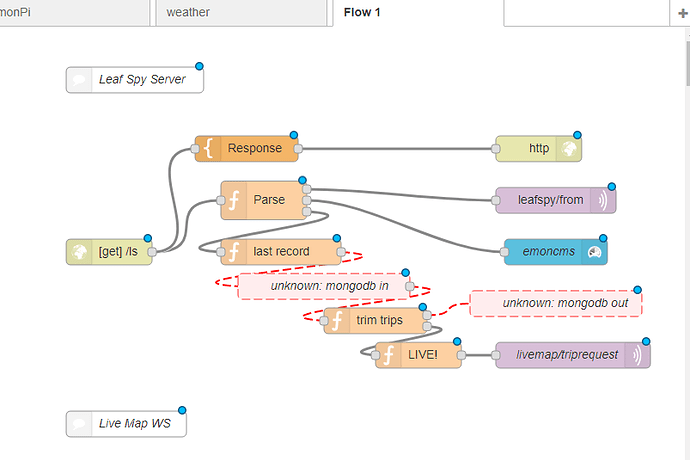 Hey thanks for trying!

You are missing the mongo nodes, just go to menu → manage palette and install both mongodb nodes

Just ssh to emonpi using the default credentials pi/emonpi2016 and then do:

Let me know how it works!

super, I’ll be giving this a good try later on. Thank you. I learn by doing things wrong. when I follow steps and they work… I learn very little. I’ll let you know how it goes. 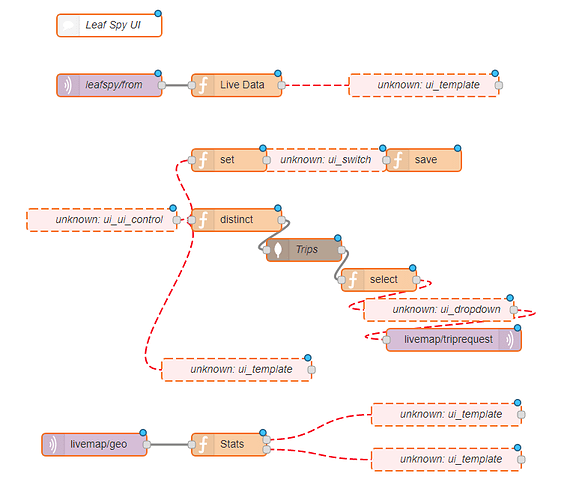 i get this now… and I 'm yet to figure out how to save. EDIT: I figured it out. DEPLOYED. yay! I’m such a big boy. 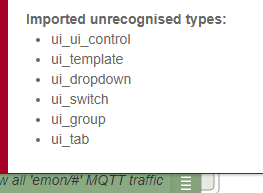 so did I miss something in the steps? It did take a very long time to install the “apt-get update && apt-get upgrade” and “apt-get install mongodb-server” commands.

The UI is missing, go to menu → manage palette and install node-red-dashboard

ha ha, cool. I’m such a noob I was searching for things with “ui” in them with no luck. Thanks.

So I installed that and then saved and relogged in. All nice and neat now. Just getting an error on the Mongo DB, would that be because I’ve not sent it any data yet? I’ve not setup my LeafSpyPro to push data out and I’ve not gone through setting up ports on my firewall. 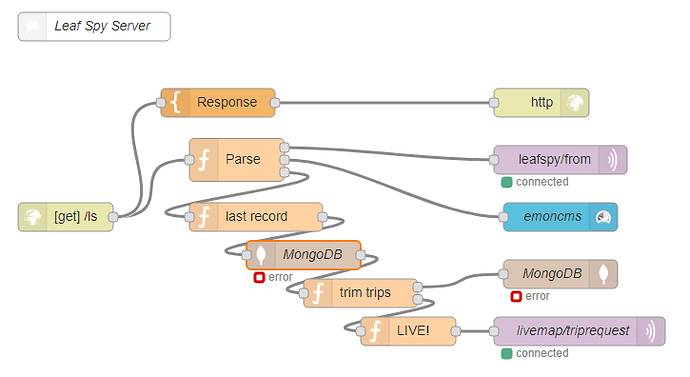 I’ve not done a complete power off and shutdown of the emonpi yet, so maybe that is it?

I think the mongoDB is not running, please review if the mongodb is up and running or if the node is correctely configured.