I just got a new emonTx and Ideal Power AC-AC adapter. This setup reads 114 volts for my mains voltage. My original emonTx with the same model adapter from the OEM shop reads 123 volts, which agrees with my multimeter.

I plugged the older AC-AC adapter into the new emonTx and it read 123 volts. So it’s the adapter, not the emonTx.

Is that amount of error normal? It’s seems like more than the expected 5% tolerance for the AC-AC adapter.

Also I can load a new sketch to calibrate the emonTx to the adapter, but I’m curious what part of the sketch would be best to modify.

I’m guessing from those voltages and your IP address that you have the USA adapter, because your profile doesn’t say where you are. If your voltage is exactly 120 V, the new adapter could be on the bottom edge of the tolerance band and the old one and your meter could be 2.5% high - well inside tolerance for the adapter, I don’t know about your meter. The meter tolerance is usually given as a percentage of reading plus a number of digits - you need to work out what it is, based on the actual reading and the range.

If you measure the mains voltage and the no-load a.c. adapter voltage simultaneously, then, assuming your meters are in calibration and we know what their accuracy is, we can take it from there.

I’m curious what part of the sketch would be best to modify.

Correct that I am in the US, using the USA adapter.

If you measure the mains voltage and the no-load a.c. adapter voltage simultaneously, then, assuming your meters are in calibration and we know what their accuracy is, we can take it from there.

I looked at my records from 2015, and realized I had done the voltage calibration with my original emonTx and AC-AC adapter. The factor I am using in that calibrated sketch is 130 * (123/126.81) = 126.09. I arrived at this by measuring the mains voltage with a Fluke multimeter and comparing it to the vrms readings the emonTx was sending at the same time. By “no-load a.c. adapter voltage” do you mean that my adapter was plugged into an outlet with no other loads on the circuit? I did (and do) have it plugged in that way.

The theoretical calibration constant for your adapter of 130.0 assumes that everything is exactly the correct value: the 3.3 V regulator output, the divider resistors, the adapter and the ADC itself. If one of those is out, then that constant is wrong for that particular set of components. Hopefully, some will be high and some will be low, and the errors will at least partially cancel.

By “no-load a.c. adapter voltage” do you mean that my adapter was plugged into an outlet with no other loads on the circuit?

No, I mean by nothing connected to the adapter 9 V output, except for the meter. The output voltage is only 9 V on full load. We use it almost on no load - the current taken by the emonTx is tiny in comparison, so the voltage rises to a nominal 12.0 V.

I measured mains voltage for a few seconds with my Gardner Bender GDT-11multimeter and got 121.8-122.3 volts. Then I moved to the barrel connector from the AC adapter and measured 10.8-10.9 volts.

I make that 11.3% low, so definitely out of tolerance - unless the specification has changed and nobody has told us (which is actually quite likely). I’ll ask the question.

Given that particular meter is available new for less than seven bucks, it’s probably not what you’d
call really accurate. Not knocking it, just saying one gets what they pay for. And… I realize not
everyone (including me!) can justify, or afford a Fluke 179 (or similar) DMM. 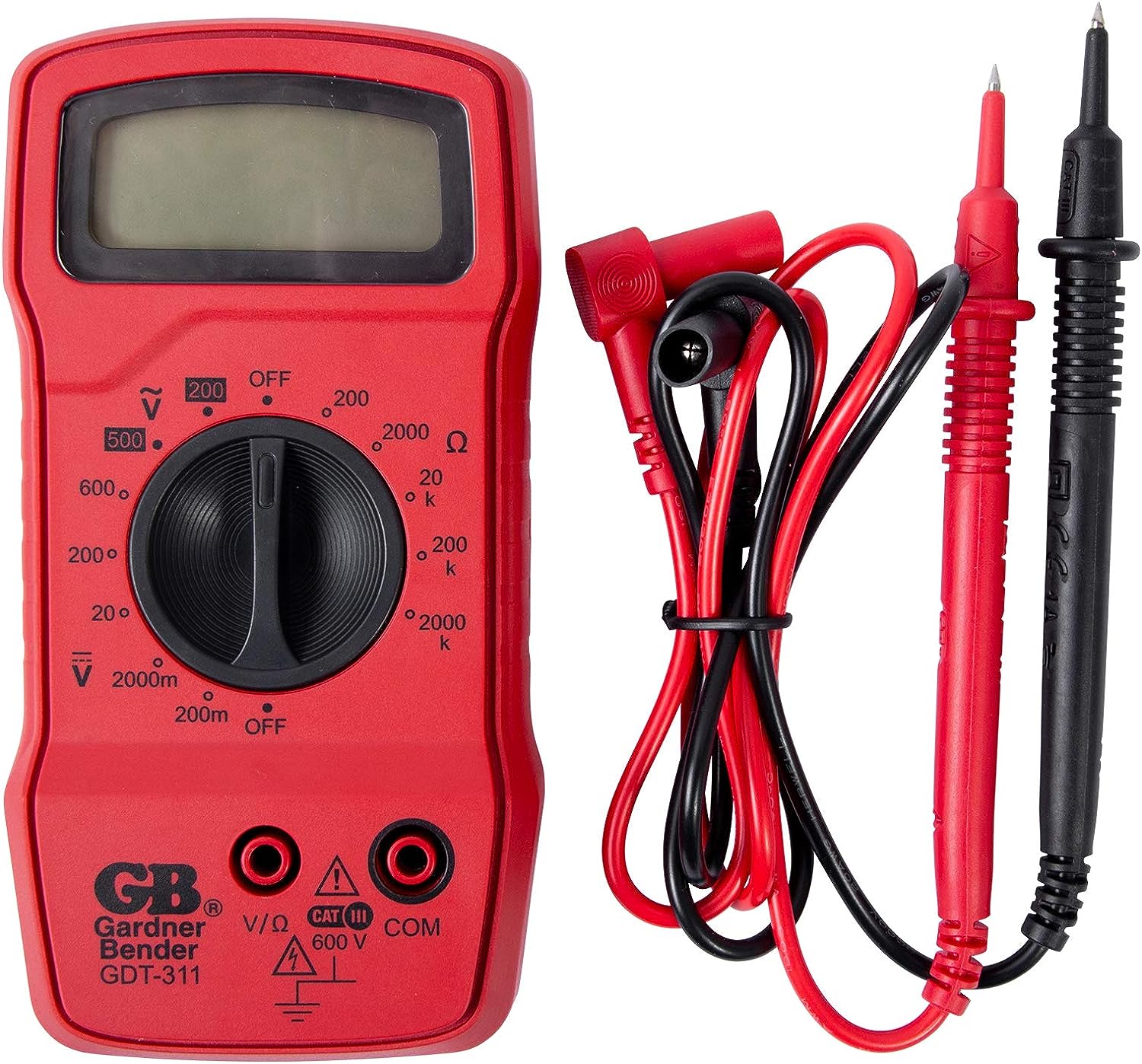 Color:Red  |  Style:Manual 3 Function / 13 Range Product Description When you are ready to add a multi-meter to your toolbox this unit is a great place to start. This tester is designed to work on most...

It works well once calibrated. Here’s a graph of my original emonTx (labeled emonTx1) and the new emonTx with the new AC-AC adapter (labeled emonTx3). 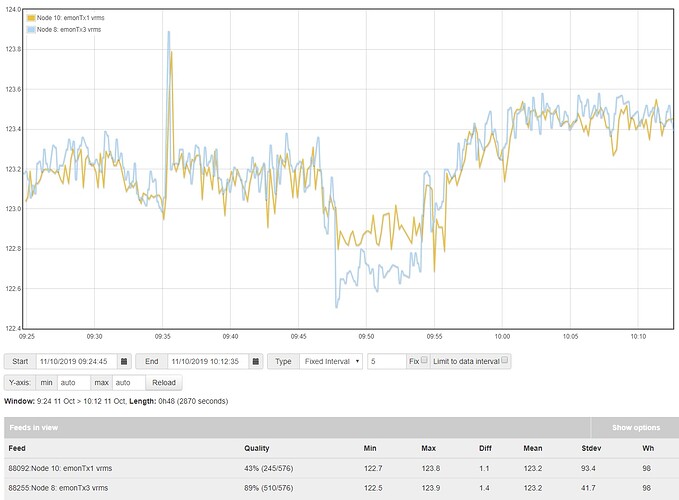 Couple of notes that might be of interest.
(1) Although my GDT-11 is a cheap multimeter, my emonTx1 was calibrated with my father-in-law’s Fluke. The following things agree on the voltage readings of the old and new AC-AC adapter: my original emonTx1, my new emonTx3, and my cheap multimeter. I think it is safe to say it is on the low end of the tolerance range, but that it works once calibrated.

(2) The newer AC-AC adapter in question is one of two I bought from the OEM shop in June of 2017. Both of them give the same lower voltage output than my original one from 2015.

I’ve asked Gwil if the spec. has changed - he’s probably chasing our Factor for an answer.

Maybe your DMM isn’t as inaccurate as I thought it would be for such an inexpensive device.
Just for the hell of it I went looking for the specs and found this: (GDT-11 user manual) 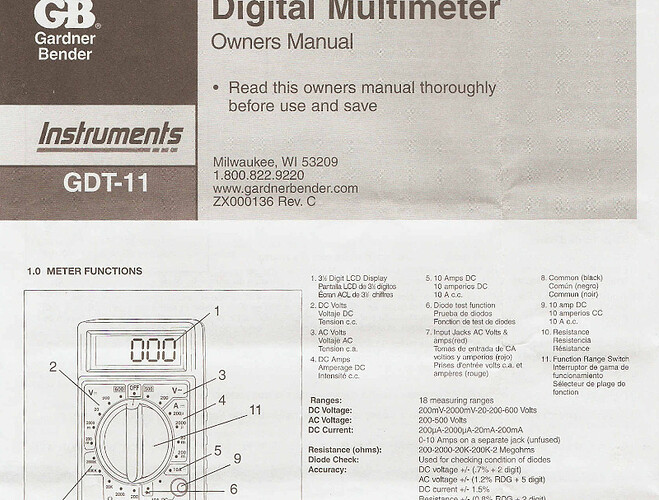 I originally looked at your GDT-311 link.

Gwil says the spec. hasn’t changed. If you’re not happy with the two units, I suggest you email [email protected] and mention this thread.