While waiting for new PCB I took some time to modify my CT calibration rig so I can hook up non-clamp type CTs. I had picked up a bag of HWCT-004’s on eBay awhile ago for about $2 each and didn’t expect much. I was pleasantly surprised. 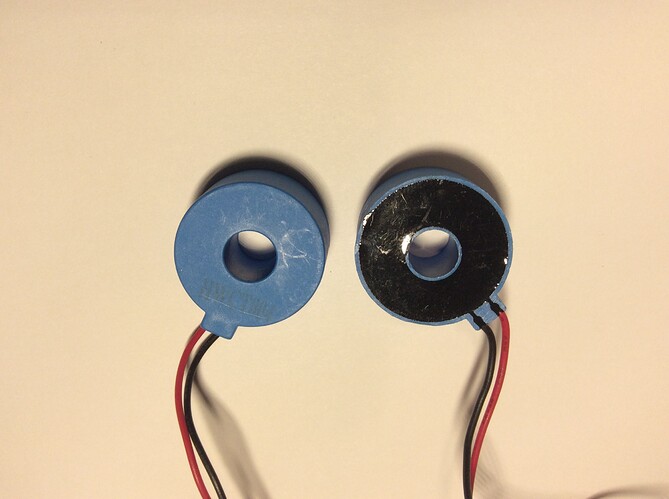 IMG_0670.JPG2592×1936 804 KB
They saturate at about 50A so good for most branch circuits. The linearity is easily less than 1% similar to the SCT-013, but the real difference is the low phase shift. As low as less than 0.5 at the low end and less than 0.2deg above ten amps. That’s practically negligible.

I have to confess that I don’t really know much about what determines phase shift. For the voltage sense transformers I have concluded that heavier transformers typically have less shift. With these, I don’t know if its the smaller hole, the fact that the core is continuous, or because the turns ratio is a low 1:1000.

The downside is that I’ll have to disconnect the wires from the circuit breakers to install. The upside is that they are so small, they will fit much better in the panel than the clamp on type.

I just ordered up a half-dozen other CTs on eBay. I’ll check them out and publish the results after they arrive in a few weeks (china post). Knowing the specs on the offerings out there should make it easier to shop for these things. 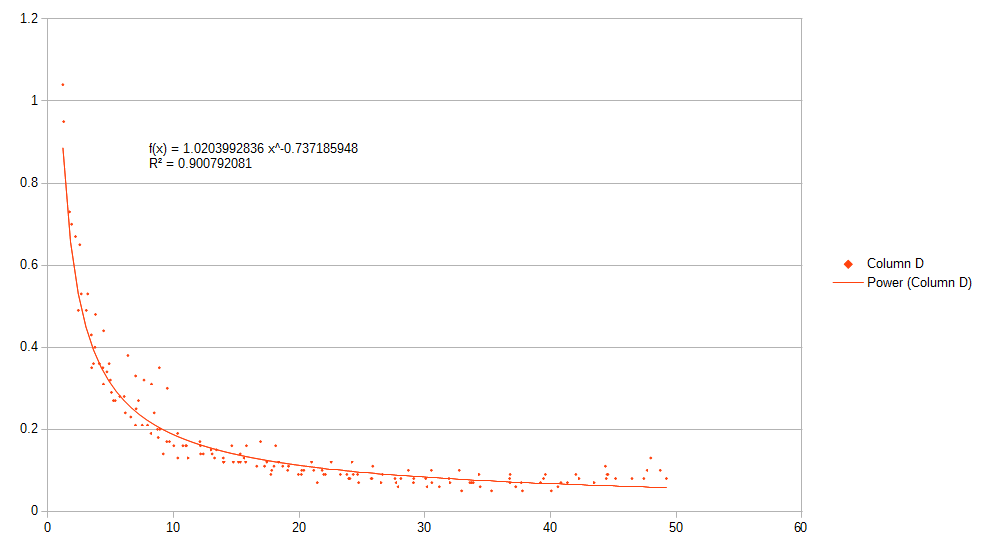 How did you get on with these. I’ve just got myself some and would be great if you could share your set up?

Bob Lemaire can now be found at https://community.iotawatt.com, he has set up a dedicated forum for IotaWatt, if you post your question there I’m sure he will get back to you quickly.

As those are ring-core c.t’s, they cannot be used in the UK on the meter tails, but provided that you are a “competent person”, they could be used on final sub-circuits.

How did you get on with these. I’ve just got myself some and would be great if you could share your set up?

That was a long time ago, but as it happens I still have a few of them in my home panel and they work fine. What I did was to buy some male-male 3.5mm patch cords and cut them in half to use as cords. I soldered them to the HWCT004’s along with a TVS diode, and used shrinkwrap tubing to encase the diode and joints.

thanks guys.
I’m going to give this a go on 5 circuits using a multiplexer as i have limited analog inputs.
just need to find a decent diagram online.