How do I determine which WiFi firmware I can flash on OpenEVSE?

This might be a stupid question, but I haven’t been able to find the answer yet.

I’ve found that the ESP32 board uses the V4.x, and the ESP8266 version uses the V2.x. So far, so good. How do I determine which version I have? Is it possible from the UI?

The only thing I see about the “Hardware” is: 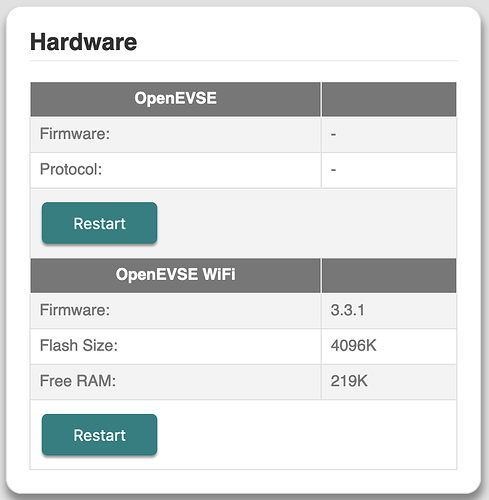 Also, I saw that for some WiFi firmware versions, there was a recommended minimum openEVSE firmware version required (e.g. for the V4 you should have openEVSE v. 7.1.3 or higher). How do I see that firmware version? Wouldn’t that be where there’s just a dash (-) in the image above?

I’ve seen that happen every now and then on my units. Takes a power cycle of the whole unit to fix it. That said, you could try clicking restart on both the OpenEVSE and the WIFI unit. Then reload the page. It should show then.

Indeed, pressing restart under “OpenEVSE WiFi” and reloading worked (I had tried the restart button under “OpenEVSE”, and that did not. Maybe, as you say, both were needed). Thanks!

I’ll take a stab at this.

Because the older ESP8266 WiFi module will only accept firmware up to 2.9.1, and since your WiFi module is currently running 3.3.1, you must have the later ESP32. HTH.

When you update both firmwares (the EVSE Controller’s, and the ESP32 WiFi’s), the UI will provide better/more information.

On one of my three OpenEVSEs, I just replaced the 2017-era ESP8266 with a Adafruit-sourced Huzzah unit, flashed with OpenEVSE 4.1.2, and updated the Controller’s firmware from 5.0.1 (like yours) to 8.2.0, and this is what is now reported: 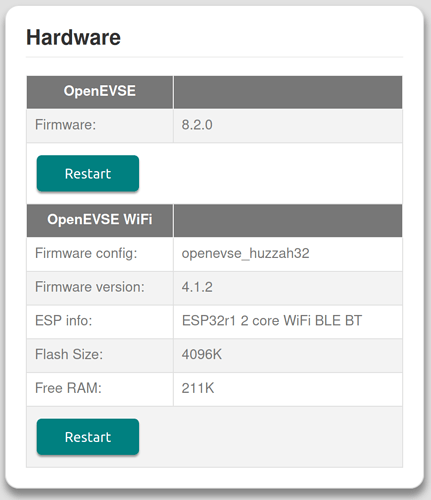 If running an older FW version which does not show the hardware type in the UI the only way to check for sure is to visually check inside the unit: 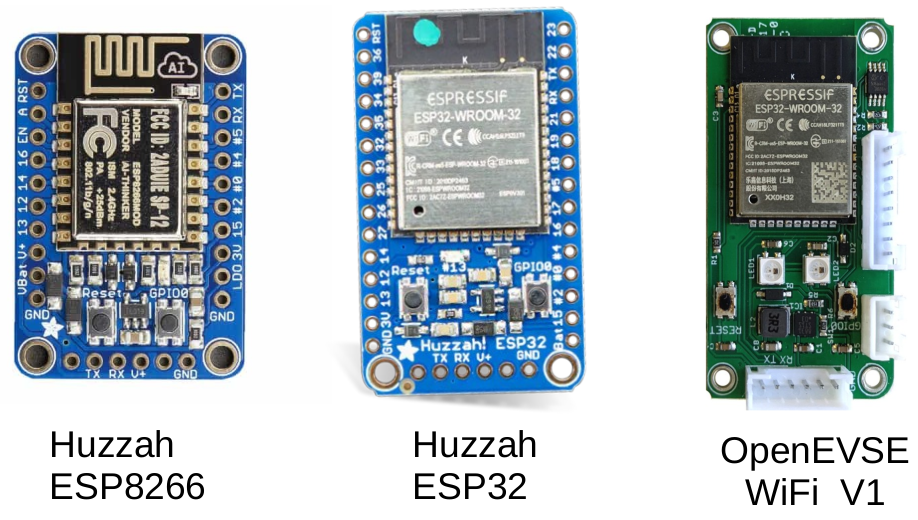