EVSE Three phase charge with only one phase?

This topic is not directly related specifically to OpenEVSE, but also applies.

Does anyone know that if we have 50A on one phase (I know it is rare) we can connect the 3 phases together and charge the car at 11kW or if when using 3 phase it takes advantage of the 120 degree shift between phases and uses the 400V.

If the car chargers don’t take advantage of the 400V between phases, the only problem I see in this scenario, that may very much be the reason for it being limited to 7.4kW in one phase, is the section of the neutral cable that would have to be rated for 50A instead of 32A. In a real 3 phase scenario the neutral is almost unnecessary since that if the power consumption in every phase is balanced, the current through neutral will be negligible.

Any ideas about this?

If the reply to that is satisfactory, you need to establish whether you can feed two lines of the charger off the same phase, and whether it will be any advantage. I suggest your car dealer should be able to answer that.

If the car chargers don’t take advantage of the 400V between phases,

I’m not sure I follow your reasoning there. Why should the charger (it’s on board the car) have to run off two voltages, 230 V (I presume) & the 400 V you mention? It over-complicates things. I’ve never had the opportunity to examine the circuit diagram of a charger, but I would have expected what you first describe – 3 single-phase rectifiers feeding current into the battery. Apart from the extra current, all 3-phase gives you is less ripple on the d.c.

Hi.
@Robert.Wall, thank you for you reply.
I’m in Portugal, the nominal voltage here is 230V and we can subscribe 3 phase power.
As I said, finding such high power as 11kW in single phase can be a challenge: I know from the time I was an energy agent from the local energy company that the maximum that could be supplied in single phase was 45A aka 10.35kVA, and even so it would have to be with a special authorization for the specific installation location.
My question is more or less for informational purposes and not a situation where I’m intending to do anything of what I described.

About the reasoning: I’m assuming that the car charge(s) don’t take advantage of the 3 phase properties because it seems that it is known that it will by it self parallel two of the three charges when only one phase is available, so it seems that each charger will work independently and the rectification of the AC won’t be made with a 3 phase rectifier.

Of course that I may be wrong, and the information I’ve found somewhere about it using two chargers to get 7.3kW may not be entirely correct and it may have a hybrid 1 phase / 3 phase charger that is limited to 7.3kW on only one phase because of the wire sections being limited to 32A (7.3kW).

As you say, the big risk is you’ll be putting 50A through the Neutral wire that’s never expecting so see more than 32A. That would potentially include the Neutral wiring inside the car, and in the cable that runs from the EVSE to the car.

I read in an EV car forum recently that somebody was enjoying 3-phase charging speeds in his single phase installation. I wondered if the EVSE installer had done what you described and run the single phase to all 3 inputs on the EVSE, and that tricked the car into thinking it was connected to 3-phase. Interestingly, after a car service and f/w upgrade, the car reverted to single phase charging speeds even on his EVSE. That got me wondering if they added some more f/w smarts in the charger to distinguish between true 3-phase, and mock 3-phase. Depending on how those chargers work, it mightn’t be too hard to check to see the phases don’t all have their zero-crossings at the same time.

UK practice is to not use a reduced neutral until you know that the neutral current will be small, i.e. only an insignificant part of the load is or might be single-phase. This of course won’t apply to the car’s 4-core cable, nor most likely the internal wiring: the neutral in the cable will undoubtedly be the same CSA as the phase cores, though as you’re no doubt about to point out, not three times that. Maybe the “smart” installer wasn’t quite so smart after all.

This is quite a common setup, 3 x 16A chargers. I’m aware that Tesla use the same setup.

Does anyone know that if we have 50A on one phase (I know it is rare) we can connect the 3 phases together and charge the car at 11kW or if when using 3 phase it takes advantage of the 120 degree shift between phases and uses the 400V.

I don’t think this is possible at least not without making modifications to the charger, I would guess the internal jumpering to connect 2x 16A chargers together to handle single-phase 32A can only connect two chargers together not three. Even if it was technically possibly it would not be permissible, the maximum load per phase in the EU for EV charging is 32A.

I don’t think this is possible at least not without making modifications to the charger, I would guess the internal jumpering to connect 2x 16A chargers together to handle single-phase 32A can only connect two chargers together not three.

I think that would be possible using the described method of connecting every phase input to the same one, but also that would be a risk because of the added current on the neutral wire (inside and outside the car) and it might not work if the car detects that there are not really 3 phases and the same phase is connected to the 3 inputs (no voltage between phases). 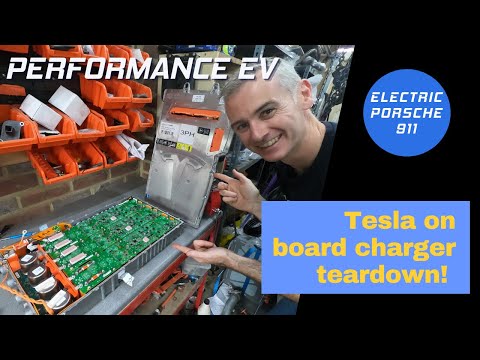 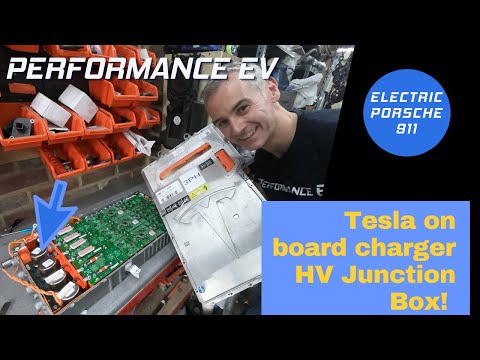 In that particular charger at least, there are indeed three single-phase modules connected in star at the a.c. side, and paralleled at the d.c. side. It was also inferred (“he thought”) that the US version is connected at 240 V across both legs, using 2 line terminals to one leg of the supply and one line and the neutral terminal to the other leg, thus using two modules in parallel; which makes sense.