Enphase S230 anyone repaired one before?

it seems to be just the monitoring not working as I think they are still producing power , green flashing lights and drawing DC power verifying AC output is a task I can not be bothered with as I would have to rewire a few things

so after stumbling across this old discussion

I am now wondering if these might just have corrupt firmware that could be re-flashed ?

and as enphase will not talk to end user , I figured stuff the warranty I’ll just start popping them open and having a look when I have 2 remaining working ones
( something to steal working firmware from and a backup )
just hoping not epoxy filled

the gateways always only sitting on 5% used storage …

The gateway I have (the older white “pill” shaped box) sits at 4 to 5% and has done so ever
since I installed it in Dec of 2016. So I’d guess that’s normal operation.

I’m very confused by this thread. What’s meant by a ‘unit’? Is it one of the Enphase S230 microinverters? Can you see the system on the Enphase website? What does it say is the state? What does your generation meter say? There seem to be so many ways to verify what is happening.

What would have corrupted the firmware? Is this a known problem with the hardware? (I have an Enphase system and haven’t heard anything like this)

What is the ‘gateway’? The only thing I can imagine is the Envoy.

Is this a known problem with the hardware?

I’ve an Enphase system too. I’ve had 2 M-215s and an M-250 die over a period of about six years.
All three quit working completely. No output and no communiction with the Envoy.
(Enphase replaced all three) I’ve not heard of any firmware issues. 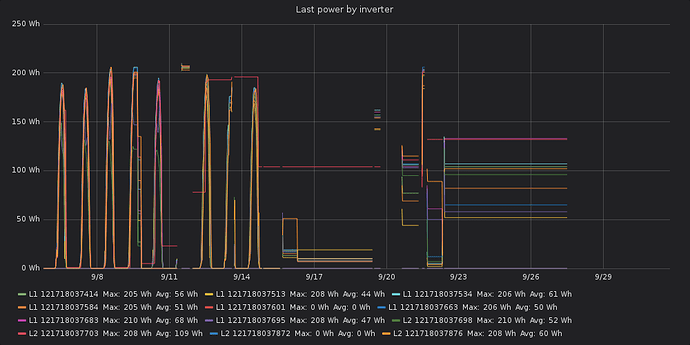 and todays plotting , and updated my code to blacklist the others that stopped reporting because they throw off the daily calculations by flat lining so tomorrow the flat lines should be gone again 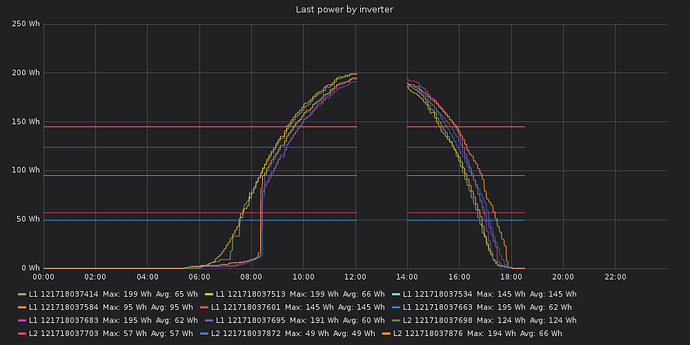 oddly its only the inverters data that keeps playing up , all the other data keeps plotting along 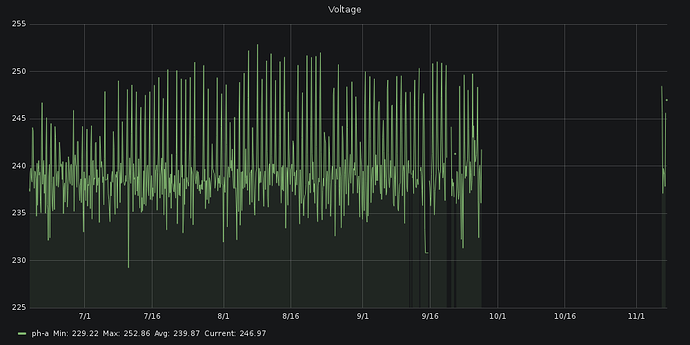 I ran into the same problem. i.e. several of my M250s would drop out near solar noon, yet come back
online afterwards. (measurements with a Fluke 27 DMM revealed the line voltage was going above 250 Volts) I was able to resolve it by modifying the device grid configuration 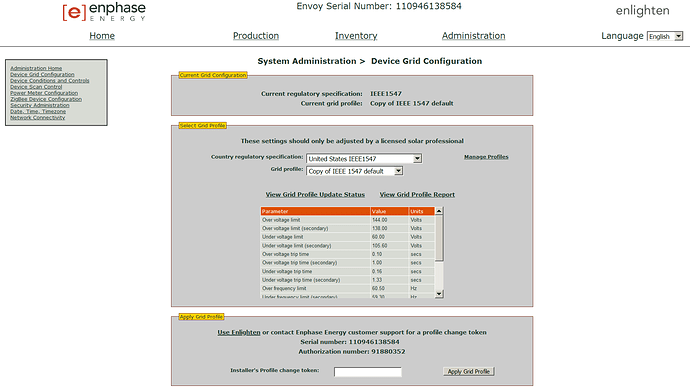 Quite some time ago, they stopped charging for the monitoring service.
(I’ve never used their software so don’t know WRT that)

but I would have thought that would cause more issues ,

but I did not see a way to enter the profiles ,
just a option to select them in which case it was the AU one’s

it was the AU one’s

I have the old style Envoy, i.e. this one: 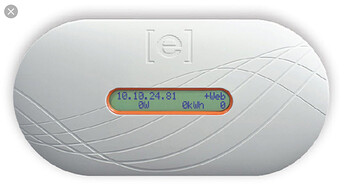