Has anyone looked at the new(ish) Two Way Pi-mote from Energenie?

The most interesting part looks to be that it can control their RF plugs, which unless I am mistaken are OOK. The other interesting thing is it uses a HopeRF RFM69 as used by the OpenEnergyMonitor ecosystem. So in theory, the Energenie plugs (and indeed the whole Mi|Home range) should be able to be controlled from an EmonPi/EmonBase without the additional transmitter.

I also like the look of the Mi|Home plugin power monitor, these look to be the cheapest ones I have seen.

Anyway I just wanted to see if other folks have used these before investing time/money in the Mi|Home ecosystem.

So I went ahead and bought one of these and they have figured out driving OOK from the RFM69. Take a look at pyenergenie/src/energenie at master · whaleygeek/pyenergenie · GitHub. I will report back if the code can be used/ported to Arduino, chances are high as the driver code is in C, just need a spare 433 MHz RFM69, I only have 868MHz RMF69 spare…

Very interesting, it would be awesome to be able to use the RFM69CW to control OOK devices.

As you have probably seen, the emonPi has the option to add an OOK transmitter to control OOK devices. I have been using this for a few years in my house to control Light Wave RF devices via openHAB. Works very well, but would be great to be able to do this without an extra transmitter: Lightwave RF - Guide | OpenEnergyMonitor

@jeremypoulter did you get much further here? I’m interested in capturing the monitoring information from Energenie mi|home plugs into emonCMS, in lieu of OEM wall plugs. You mention sending information out, but we’re you able to bind and receive information too with nothing more than emonPi/base?

Sadly this is still on the To-Do list. The Python library does work well, I have been using a simple MQTT to Energenie script running on a Raspberry Pi for ages.

So you’re just using it for to Energenie control devices from the Pi right? Cool. Doesn’t look too hard to loop in the other direction for receiving info

Yes right, not too difficult to use the lib (if you know Python)

Per my thread about energy monitoring devices, I’ve expanded upon @jeremypoulter’s script to also receive energenie packets and pass them to MQTT. It’s awful hacky Python, but I’ve never coded in Python before. It definitely works when conditions are perfect, but error handling needs to be better. 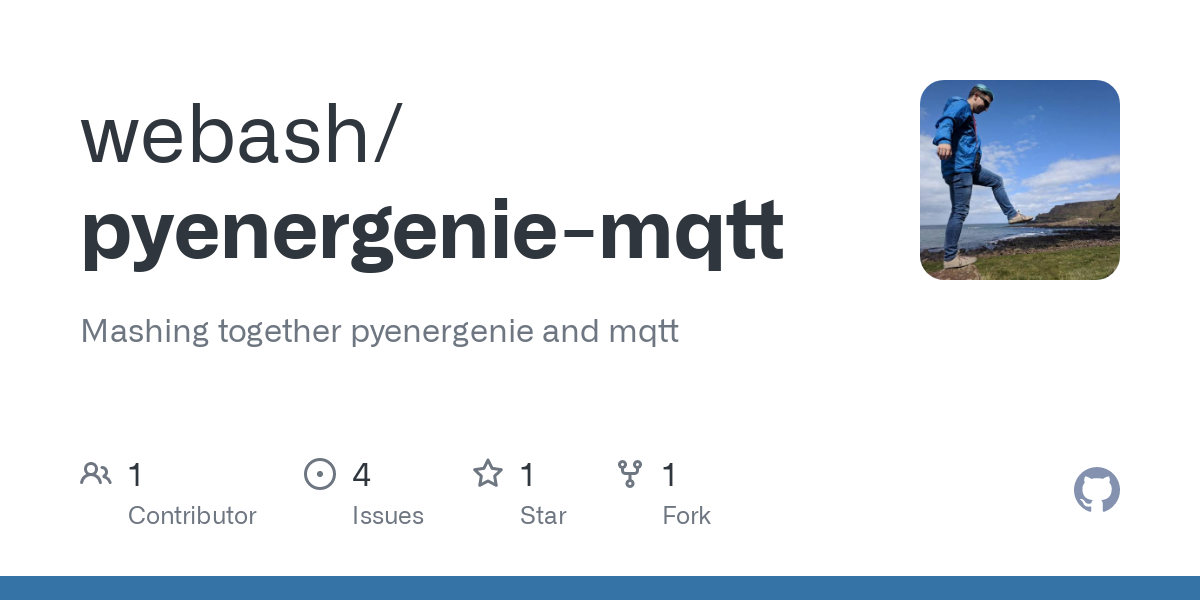 Mashing together pyenergenie and mqtt. Contribute to webash/pyenergenie-mqtt development by creating an account on GitHub.