Emulating a CT in hardware/code

How difficult would it be to simulate a CT clamp from hardware/software.

Imagine if I unplugged a CT clamp from the emonTX and plugged in a replacement “emulator” what would the circuit for the emulator look like ?

You mean current transformer? A clamp is one of my vices: 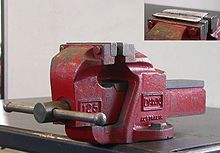 [A play on word there

The easiest is another transformer!
You have two problems:

Having appropriate test gear and a well-stocked “parts” box, I’d use a low voltage isolating transformer and a fixed resistor and rheostat in series - the rheostat to provide some measure of control of current, and the fixed resistor to limit the current to whatever the burden expects - 50 mA in the case of the emonTx.

Notice I say “rheostat” rather than “potentiometer”. The difference is a rheostat is designed to draw current from the moving contact, a pot isn’t.

If it’s important to you to control the current between zero (rather than a small value) and the maximum, then you could use a heavy wirewound potentiometer to shunt the current away from the burden, rather than in series with it (still using the fixed resistor to limit the current).

I just use the test rig from the test report on the c.t., using as many primary turns through the c.t. as I need to give the current I want to represent.

Fountain of knowledge once again Robert, thanks.

I suspected this wouldn’t be an easy job, so I’ll see if I can approach it in a different way.

I’m currently looking at battery storage systems and the inverter that I’m looking at has a limiting CT to prevent excess export to the grid.

This is fine, except that my physical installation won’t let me run the cables for the CT

So rather than emulating the CT I may have to open the unit up and see what its doing inside - I suspect that its doing a very similar job as the emonTX board in relation to converting the current into a voltage via a resistive burden, to drive a CPU input.

I suspect that its doing a very similar job as the emonTX board in relation to converting the current into a voltage via a resistive burden, to drive a CPU input.

So do I. There are few realistic ways of solving that particular problem. The only other way I can think of is to use an inverting op.amp with the c.t. feeding current into a virtual earth - and that implies the c.t. current flows in the feedback resistor, so the op.amp needs to deliver 80-100 mA. Hmm…

But you don’t actually want to emulate a c.t. - or do you? I’m not clear what you’re thinking. Do you want to know what the inverter is measuring, or feed it ‘manufactured’ information to make it do as you want?

feed it ‘manufactured’ information to make it do as you want?

Presumably, you have access to the c.t. connections and know what the ratio is?

If so, what about one of the unity ratio c.t’s that are being mounted with a multiplier resistor on the primary side and a burden on the secondary, and sold as a v.t? ZMPT101B, 2mA:2mA
If you can change the burden so that 2 mA gives an acceptable voltage, then you can get 3 mA out of most op.amps to drive the primary winding, and there’s your isolation problem solved.

Failing that, you could modify an SCT-013-000. You know the ampere.turns it works up to (say 10 up to 100), so calculate what secondary and primary turns you need to give the secondary current you want and the primary current you are able to generate realistically from an op.amp.

Or - and I’ve never tried this but it should work - use another c.t. (or any transformer) backwards, driving the high number of turns from an op amp and the low number of turns into a short circuit with your existing inverter c.t measuring the current.

I also have the same problem.

Would anyone be intrested in a paid project to create a hardware/software solution for this. would need to communicate with emonpi via wifi as the battery is not within 433mhz range.

Well it turned out that this problem was a lot easier to solve than expected. The unit I got has a spare input/control hidden inside which can be connected to a 100k pot to control the output

What inverter do you have? also do you plan on automating the output?

Its a cheap and nasty chinese grid tie inverter - GTIL1000 with limiter.