Am I right in thinking the emonTX3CM only works with RFM69 and not RFM12B?

I have an emonTx 3.2 which has an RFu with a 433Mhz RFM12B. I successfully flashed the emonTX3CM firmware, but out of the box at least, it only seems to reference RFM69.

If RFM12B isn’t supported, is it possible to get hold of an RFu, either with an RFM69 or without a radio module so I can fit an RFM69?

Or does emonTX3CM work with the emonESP stuff so I can use an ESP8266 to make it wifi enabled?

On another note, will the emonTX3CM firmware not work on the older emonTx units, like the v2 and the shield? - they all use the ATMEGA 328, so I can’t think of why it wouldn’t work with just the same with the older boards?

The problem with the RFM12B is it doesn’t have a buffer, meaning that the processor needs to feed it bytes one at a time and exactly on time, else the byte stream is interrupted, the receiver at the other end loses lock, and the checksum fails.

The processor is too busy to be able to do that and service the interrupts from the ADC. The “DS” (Discrete Sample) sketch is OK because it has stopped sampling when the data is transmitted.

I looked for a RFµ not long ago, they seem to no longer be available, but you could ask “The Shop” in case there’s one in a dark corner. I’m told it’s possible with the proper tools to remove the radio, personally, I wouldn’t try without, though some have succeeded.

The serial output is fine, but my colleague @borpin would recommend a serial connection to a PI Zero instead of an ESP8266.

Great, thanks for the reply!

That makes sense on the RFM12B - thanks for explaining.

I’ve emailed the shop to see if they have any RFu left around. I too don’t fancy trying to remove the radio as it could end up damaging the emonTx board which would be a shame/expensive.

I do have an emonTx shield kit still in the packet, so I could build that with an RFM69.

Better wait for Brian, or look for what he’s written on the forum in the last few weeks. 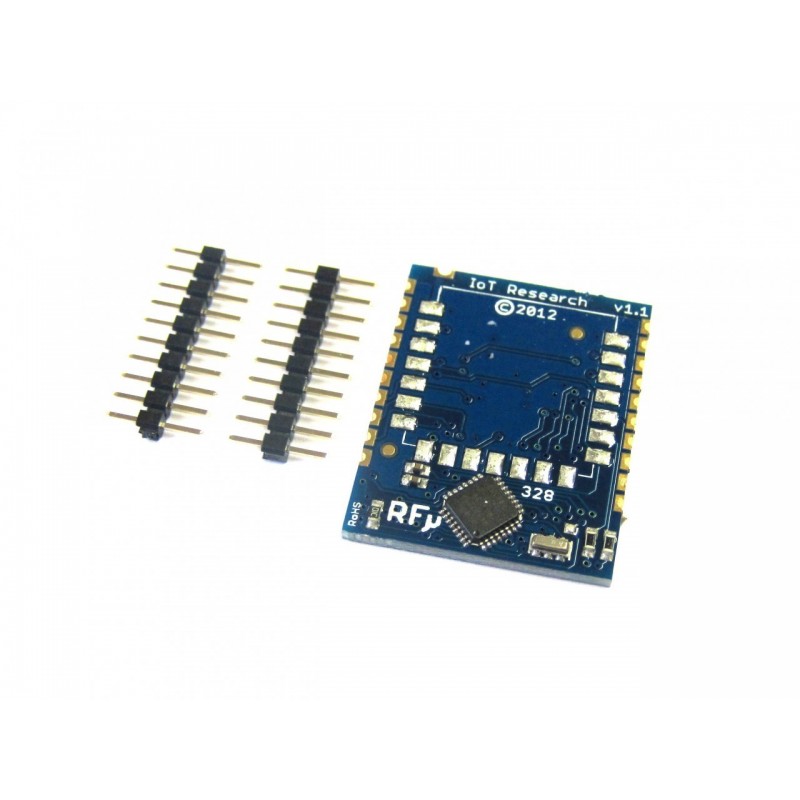 To some extent it is a preference of mine. I see far too many issues here with the ESP8266 module, and personally I have experienced massive Wi-Fi issues with genuine Wemos D1 Mini modules running anything other than Tasmota. Why I don’t know, but that is my experience.

In terms of cost ESP v PiZW is much the same and you can make a neater job than the ESP module (IMNSHO).

Other advantages are it can actually run emoncms and you can easily update the firmware on the emonTX.

Personally, I’d not bother with the RFM and setup a PiZW instead.

Thanks for the input!

The cost difference depends how cheap you can get the ESP8266 boards - I usually get non-genuine Wemos boards from China for ~£2, whereas a PiZW is ~£15.

Oddly, i’ve not had stability problems with the ESP8266, and I run loads of them - have used Tasmota, ESPHome and Arduino code. That said, i’ve had Pis run fine for over a year.

Being able to easily run anything on the Pi, log in to it and do debugging/upgrade the emonTx etc is much better.

Can you directly connect the Pi serial pins to the emonTx FTDI connector? - Tx<>Tx, Rx<>Rx and GND<>GND? - any level conversion or anything needed? - what about DTS/CTS - it’ll need to be able to reset the 328 for a firmware upgrade?

Is there a script available somewhere which will take the serial output from the emonTxCM and get it in to an EmonCMS instance somewhere? (i’ll run it separately to the PiZ).

Can you directly connect the Pi serial pins to the emonTx FTDI connector?

I really need to find the time to write up what I did properly but all the info is in this thread. You can just use the emonSD image, or install emonhub.

So have the signal and gnd connected as per the photos have tried com_port= /dev/ttyUSB0 in the file emonhub.conf and com_port = /dev/ttyRS485-0 neither seem to work nothing is appearing in the inputs screen any way of fault finding. The TX unit has no lights on it well just one red light on start up for a 5 seconds.

Thanks - will check that out.

You should - a nice write up would be good!