I’ve had my EmonTX 3.4 running for two months without issues but then all of a sudden it’s stopped sending data back to emonCMS. When I logged into the EmonTX web interface on my WLAN (I have the ESP8266 Wifi Card) it shows no data received. I have tried rebooting the device in the web interface but it hasn’t helped. None of the CT sensors show up anymore. 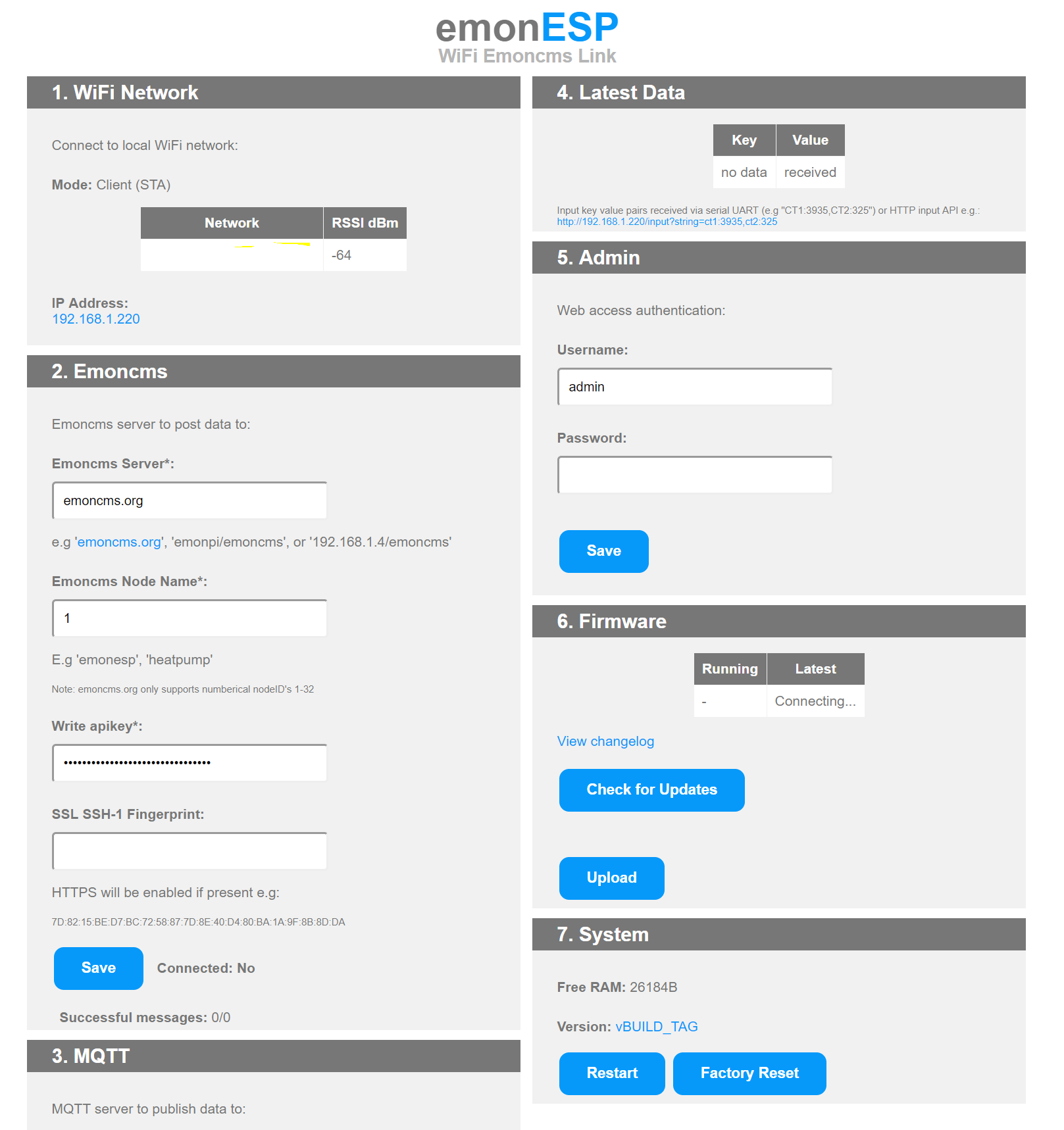 Wifi is obviously working because I’m connected to the EmonTX via the local WLAN.

I installed batteries and it is hard wired via both USB 5v and power adapter. Should I try removing the batteries and hard power cycling it? Physically (CT sensors etc) nothing has changed.

Do I need to remove the batteries to properly power cycle it?

A few weeks ago one of mine also stopped sending for no obvious reason, I just unplugged it, let it there for a minute (to be sure internally all energy was used) and then plugged it back in … once that done and to be sure the emonpi picked it up (seems it isn’t good a seeing new devices once running … for sure someone is going to shoot me here

) I rebooted the emonpi … and since, it is running smooth again… and honestly didn’t dig into the ‘why’ thing … happened once on my 4 emontx in over a year …
Maybe check the batteries … and try without them … not sure if the system takes notice of these once plugged in an external source but you never know.

I pulled the battery out and gave it a hard reset (turning power off). All good now. Must be issued using mains power and battery.

FYI just in case anyone else cares, reboot on the ESP wifi card only reboots that card, not the EmonTX.

FYI just in case anyone else cares, reboot on the ESP wifi card only reboots that card, not the EmonTX.

And the reset button on the emonTx will only reboot that.
Equally, rebooting the Pi in an emonPi does NOT reboot the emonTx card inside the case.