EmonSD and time in Node Red?

I’m running the EmonSD 3/5/16 release in an RPi2.
By default, it seems to run on UTC, so I’ve set the timezone to London, and now ‘date’ in the terminal works as expected.
However, In NodeRed when I do -

The hour still seems to be UTC (an hour behind), as shown here in the debug output -

Lee - London time is one hour ahead of UTC so it seems correct to me.

If you ssh into the RPI2 and type in Date , what do you see? This is what I see and it is correct for me (I live near Chicago).

I have a this javascript code within one of my Node-Red Function nodes that add a timestamp in CDT and in epoch (unix time in milliseconds):

There are two locations to set the timezone within the emonSD-03May16 Release image. Are both correct for your location?

My ‘date’ from the console shows the correct time, it’s the time NodeRed generates is still UTC.

I set the timezone with -

as I’ve done in Debian/Ubuntu for years. Where’s the second place?

on the web side. Go to Setup > My Account 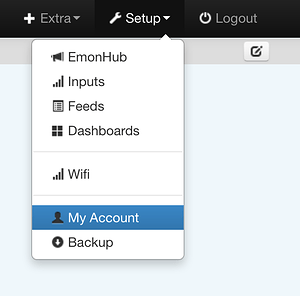 Then under My Profile look for Timezone.

Thanks for that! Yes, that’s what I was missing. A quick change and a reboot later, the NodeRed time is fixed!

Now to see if that fixes my flow issues…