Hello all. My EMONPI V3 has been working perfectly and all of a sudden my inputs are showing negative after a power failure. I rebooted the unit again but still the inputs are show negative. Has this been seen before? I’ve seen some previous posts about it but it’s only during 1st installs when you have the CT’s turned around. I can’t believe my solar panels for send power into the sky.

Anyway, any help would be appreciated on this issue.

Well I just learned something new about this. It appears I had the AC voltage sensor plugged in differently and it reversed the sensing and caused the numbers to be negative. I turned it around and low and behold it was fine. Guess that serves me right to switch things around and not keep them the same.

Have you turned round your a.c. adapter? I assume that your version is reversible in the socket, and that will have exactly the same effect as reversing all the c.t’s.

[EDIT]
So it was not the power failure after all, but digitus erroneous.

Thanks for the reply. I took a stab at it and just turned it around. New to this stuff so I’m still learning.

Thanks for posting it though.

Have a good one.

We have polarised plugs, so it’s never a problem in the UK. Which is probably why it’s not mentioned very often.
[I’ve now added that to the FAQ.]

We have polarised plugs,

We do too. In addition to the rounded contact, one slot is narrower than the other. 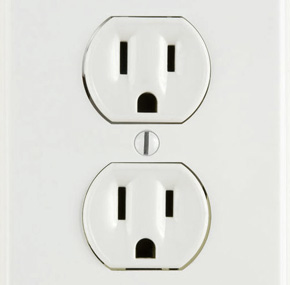 If the “wall-wart” manufacturers would use polarized contacts on their products,
either the third contact, or one blade wider than the other…

Unfortunately, very few of them actually do, so it remains a “gotcha.”