I’ve just ordered my emonEVSE to be installed, so I thought I’d introduce myself on the forum, and ask a couple of questions. I already have an emonPi monitoring my house usage and solar, and I’m in the process of moving to Octopus Agile for my tariff (partly to get cheap power, but also to try to get reasonable export rates when the solar is generating and no-one is home - I missed the FIT and don’t have storage).

So the plan is to automate the EVSE to charge the car during the cheapest period, depending on how much charge the car needs, and when you plan to need it. I have a script already which deals with getting the car SoC (I have an i3 so it talks to BMW to get that) and working out when/ how long to charge using the Octopus API, but I’ve yet to get my head around controlling the EVSE. First pass would probably be just set timers, but I’d like to get to a point where it stopped charging during spikes to continue later, feathered the charge rate in higher priced time periods, and provided power for preconditioning before departure.

At the moment I’m really just trying to find out if other people have done similar things that I use / customise, or if anybody wants to work together on something like this?

Hello @PaulS great to hear! You might be interested in the Emoncms Demand Shaper module - #23 by TrystanLea we are working on doing this exact thing and it works already alongside the emonEVSE

It will need some adaptation to work with the script your using the get the i3 SOC - at the moment the only SOC integration implemented is with OVMS.

@TrystanLea Is that a module that lives on the emonPI? Guess I might need to look at flashing a new SD card to get up to date. Mine’s too old to do live updates these days.

On the i3 SoC. I don’t think OVMS works on BMW as nobody has worked out if it’s possible to read SoC (or anything else) via the CAN bus. I can imagine you wouldn’t want to go down the path of adding code specific to every car manufacturer, so any ideas how I can hook my 10-20 lines of python/requests code in?

Is that a module that lives on the emonPI?

It is under ‘Apps’. What version are you on? @TrystanLea is just running a fresh image based on the Emonscripts repository (which you can run yourself on a fresh Rasbian Lite). You should be able to export your data, dahboards etc and then import it onto the new system.

I’d recommend a new SD card firstly so you can roll back and secondly they do wear out eventually.

What version are you on?

Is the backup module installed?

Im just in the process of doing another run through the image build with a couple of things fixed since the 02Oct19 version, it would be worth you using the new version. Im also going to write a guide on the DemandShaper module for https://guide.openenergymonitor.org that will hopefully help with using it.

Best way forward, once @TrystanLea has finished testing the new build, will be to export your data using the backup module, install a fresh image and then import your data.

It is worth keeping the system up-to date; trying to do a big jump can prove problematic.

It’s been one of those things that… it’s been working, so why mess with it?

it’s been working, so why mess with it?

Yes I’m a bit ‘ain’t broke, don’t fix’ but it then gets to be a real pain to do big jumps. I tend to now try and keep things reasonably current.

I’d be interested in understanding how you are pulling the state of charge from your i3; our car club has an i3 and a Leaf connected to smart chargers (Zappi) supplied by [the non-domestic version of] Agile and I want to automatically schedule the charging to make use of the cheapest half-hours. Getting the SoC is an aspect that I can only currently do with the manufacturer’s iPhone apps.

The BMW i3 has got built in telematics for which an API is available: 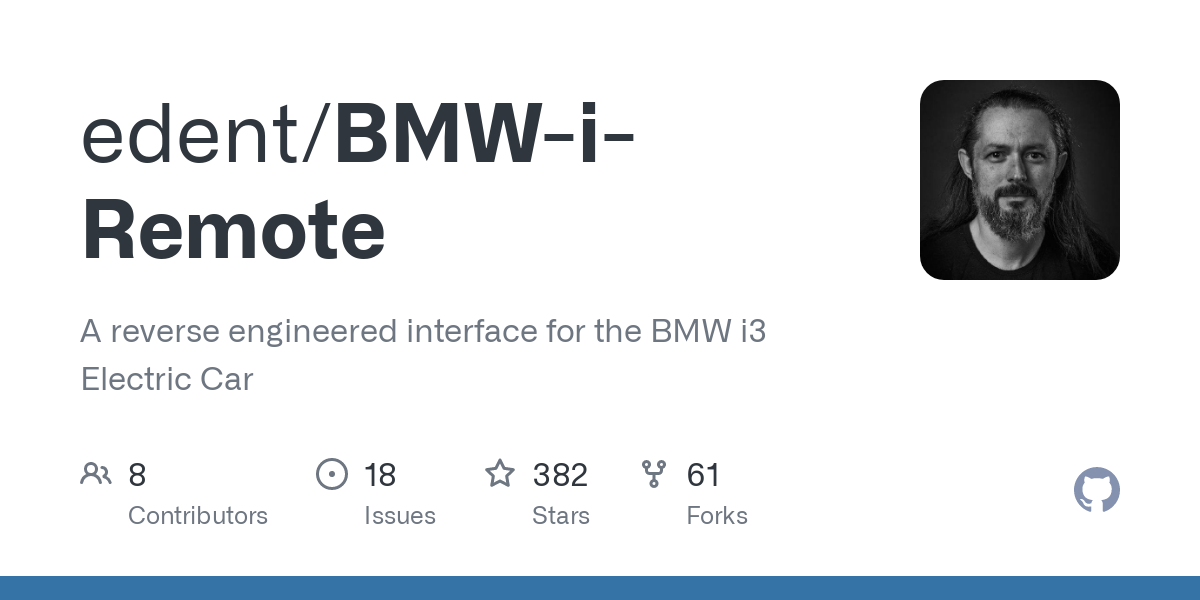 GitHub - edent/BMW-i-Remote: A reverse engineered interface for the BMW i3...

Note: I’ve not tried this myself, nor do I have access to an i3 to test.