Emoncms 9.8.3 has been release to Stable branch:

Would it make more sense to list the change log with the newest version at the top?

The way it is now, the first thing you see is:

glynhudson released this an hour ago

Granted, one only has to look a bit further down their screen to see:

But, as more entries are made, the newest release info will get pushed down the list vice being at the top where it’s quickly and easily spotted.

Sure, good idea. I’ve swapped them round. 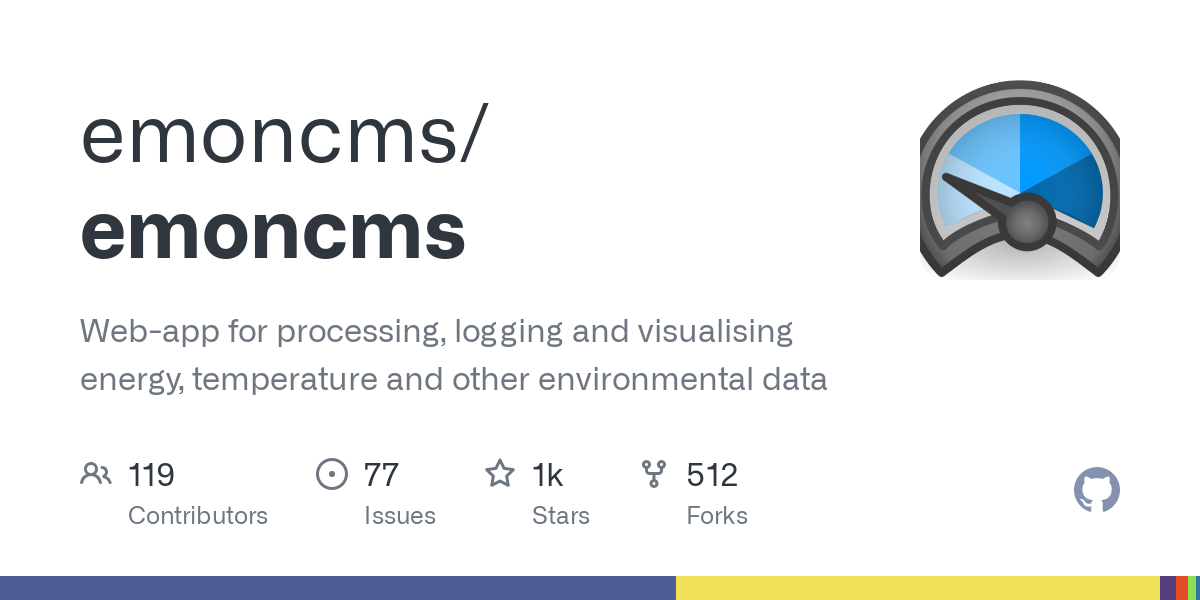 Web-app for processing, logging and visualising energy, temperature and other environmental data - emoncms/emoncms

Also, is there any easy way to discover whether any modules need updating?

[edit]
I remember this thread from last year. Could the code be changed to list the installed version and check for the current version on GitHub so alerting the user an update is available. Even better if there was a button to enable the update for each module.

On the emonPi the update is an automated on button press. (setup > Admin > emonPi update)

I take it you’re running Emoncms on a normal server? The version number is shown on the bottom of the page (once logged in).

Are you running the Master or Stable branch?

Updating is just a case of cd’ing into the Emoncms folder e.g /var/www/emoncms and running $ git pull and doing the same for each module e.g. cd /var/www/emoncms/Modules/dashboard

Yes own install on a Pi

Master or Stable, what ever the original install instructions said

How can I check? is it in the .git? Stable I am guessing.

Would it not be possible for the admin page to interrogate this file and put the information there? Perhaps a separate version status page would be a good addition? Is is apin to have to go into each module folder to test to see if there is an update or not.

Is there not an upgrading page anywhere? Do I need to stop any of the processes?

There is a comment on the need to update the settings file. Is there any more detail anywhere?

@borpin, I use this little bash script saved as update_emoncms and made executable.

Then just using the update_emoncms command does just that, including all the Modules too.

@pb66 That is exactly what I am after to update the repos.

Does anything need to be stopped and started?

Is there any way (command) to list the local release and the remote release?

Then I noticed this…

Subsequent releases are correct! Still do not understand git

, all other versions are correctly tagged, onwards and upwards

To find out which branch your on use:

If you just cloned using git clone you will be on the default master branch. To switch to stable (recommended if you don’t want to be involved with dev) use:

, I use this little bash script saved as update_emoncms and made executable.

Nice script, do you think it would be a good idea for us to add this to the Emoncms useful scripts repo ?

Nice script, do you think it would be a good idea for us to add this to the Emoncms useful scripts repo ?

I don’t see why not.

Does anything need to be stopped and started?

Not in my experience, but I will leave that for others to decide, you will need to check if the database needs updating via the admin page afterwards (perhaps that could be added to the script at somepoint using the api call?) and it is very important to check if the settings.php needs changing/updating etc.

The script can be improved a lot, it was just a quick and dirty way of avoiding having to CD in and out of the different folders and doing pulls in each.

I don’t see why not.