So basically we have been donated a load of grid tied solar inverters, and we have loads of cheep second hand solar pannels,

We want to use this to provide cheep solar powered irrigation for smallholding farms in rural but grid connected parts of Ghana.

I am looking at ways to control the pump, so it’s only on when the solar pannel wattage is above the wattage of the pump so the farmers dont end up buying energy from the grid.

A solar diverter I think would work, but it is massively over speced, and makes the system expensive.

Essentially we just need a CT clamp feeding into a raspberry Pi which controls a relay or some sort of power switch. the relay closes when power goes above say 600W and opens when it goes bellow say 400W to avoid the pump switching on and off.

Is there a cheep way we could achieve this using Open Energi Montor Equipment? bearing in mind we can build a 1kW solar PV system, plus water pump and drip irrigation system and pipework for £500 so cost is paramount here,

Essentially we just need a CT clamp feeding into a raspberry Pi which controls a relay or some sort of power switch. the relay closes when power goes above say 600W and opens when it goes bellow say 400W to avoid the pump switching on and off.

Is there a cheep way we could achieve this using Open Energi Montor Equipment? bearing in mind we can build a 1kW solar PV system, plus water pump and drip irrigation system and pipework for £500 so cost is paramount here,

Probably not, or at least, not with what and how you suggest.

My suggestion would be for an Arduino - this has analogue inputs (which the RPi does not have), and easily accessible outputs (which the emonTx does not have). The downside is you need either the emonTx Shield (minus the RFM69CW) or make your own equivalent, either as a small p.c.b., or maybe for a prototype and definitely not if you need ‘a load’, on stripboard. And you might wish to add a triac or similar (after the fashion of the PV diverter - see the ‘Learn’ section - for switching the water pump.
You’d need to add a case, cable glands, indicator neons or LEDs and all the other necessary add-ons including a 5 V power supply, of course.

I’d also question whether you need an accurate measure of power, or whether current alone will be “good enough” - if so, and it depends on the stability and range over which the grid voltage varies and what’s acceptable to you, you won’t need to worry about the added cost of measuring the voltage. If you’re measuring the output of the PV inverter alone, you know the direction of power flow and you don’t need the voltage in order to determine it.

shion of the PV diverter - see the ‘Learn’ section - for switching the water pump.
You’d need to add a case,

thank for your help!, so in short it would be a custom thing no really using the Open Energi monitor kit, so your suggesting a triac to do the switching and what would the function of the emonTx Shield be?

ill read the about page reg switching pump - Think ill try and get a volunteer who is good at electrics to do this, not sure i have the knowledge

yes i was just thinking of using CTs to measure current and estimating wattage from there, voltage is accurate ±10%

Yes, but using the OEM software, knowledge and expertise! There’s a lot I can only guess - how many units you’ll need will be a major factor in deciding how to go about it. Maybe an Arduino and an emonTx Shield feeding a commercial SSR would be best for a prototype to test on site, then if the idea works and you find the interest is such that tens or hundreds are needed, then a custom design is likely to be cheaper. Only you know all the variables.

what would the function of the emonTx Shield be?

To condition the current, which can swing either size of zero, into a voltage that remains positive always and swings between 0 V and 5 V. Look here for a diagram explaining. The shield has 4 channels for current and one for voltage - you need only one current, which is why I suggest you add this circuit to drive the triac in one custom circuit board or module.

You must be careful to keep the mains voltages separate from the Arduino.

So something like this for the SSR? https://uk.rs-online.com/web/p/solid-state-relays/2368183 it wont be more than a 1kW system, at least at first.

And the emonTx Shield converts the AC signal from the CT to a DC signal between 0-5v for the Arduino to read?

This variant should just be OK on a 1 kW pump load. Bear in mind pumps usually have a very poor power factor and a high inrush current, so a 500 W pump might draw something like 8 - 10 A.

Yes to what the emonTx Shield does.

as a second option. you could buy just use DC solar water pump that operated purely on DC power. I use one and sold many in Canada sizes range from 100w to several kw. my farm operates using one . though i do have batteries(~100ah) so it can operate at night for household and watering my livestock, mine happens to be 24volt (300watt) ~3000 gallons per hour. and I sold a few to farmers to water cattle in the middle of nowhere , they simply come on when the suns up they pump slowly at first maybe 100 gallons per hour but by mid day they are pumping 3000 - 5000 gallons per hour usually at that rate for 3-4 hours on clear day
i import from this company 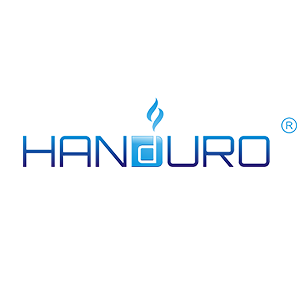 you can get smaller water pump probably for the same cost as raspberry pi or your inverter and . but you can still use the grid tie if you want, as that what I also do. you just use Y connector at the GTI going to the pump controller . it just when the pump is in operation it out put a little less then if the GTI was not there and the GTI out put will drop very significantly … and if you want to say use the pump at night just buy a small DC power source rated for your pump size then you still can use AC power to run it , also what i do in the winter. As I have limited sun, so when the pressure switch comes on it turns on the power supply as well to conserve energy being used by the battery. so in case of power outage i still have water supply for days usually - in the brighter months I have unlimited normal usage about 2000 - 4000 gallons per day supply with out the power supply turned on and just use stored battery energy during the night . I usually ran into issues around the beginning of Dec - end of Jan to meet my daily requirements ( if cloudy) so I added a 300watt AC power source to get me over those hump periods

hmm this is interesting thanks for all the info, I wonder if it is possible to run a DC pump directly from a solar panel without a battery. presumable would need s MPPT pump driver of something to do that.

FYI wwe have loads of second life panels at $30 each 270W, and 150 second hand grid tied inverters which were given to us for free, so cost of solar system with cables is about £140 per kW system installed, adding even a cheep Led acid battery to that adds another £200 and needs to be replaced each 3 years, or lithium adds £500 minimum.

farms in the region are very poor, and with electricity prices going up we are trying to work out a cheaper solutions for them where we can reduce levelized cost of energy,

This is unlikely if batteries, and charge controllers get added to the system i think-

but i will look into running a pump of DC energy directly from a pannel, interesting

my 2c worth on DC pumps:
Commodore (a co in Australia) make an optimiser to run a
dc pump.
basically this stores the charge in a capacitor to supply the start current for the pump.
I guess there are o/s projects to accomplish this too.
regards, Doug (in Australia)