Hi,
I have a 41kWp solar installation on a building with EV charging consumption.

Now, the issue: I see an unexplained consumption phenomenon, which is an image of the solar production (see picture attached). I wonder if this is due to the voltage increase that a solar inverter creates, when on a grid with small loads.

Anyone has sse this issue before? 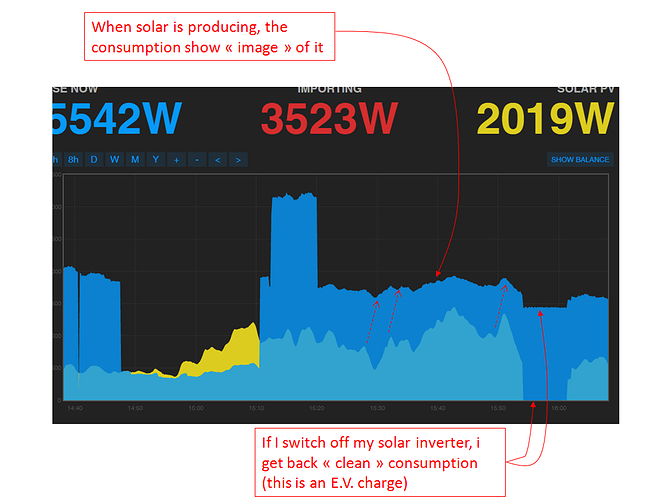 p.s. first i thought there was some stray magnetism from production which could create a false reading, but now the two CTs are well separated: 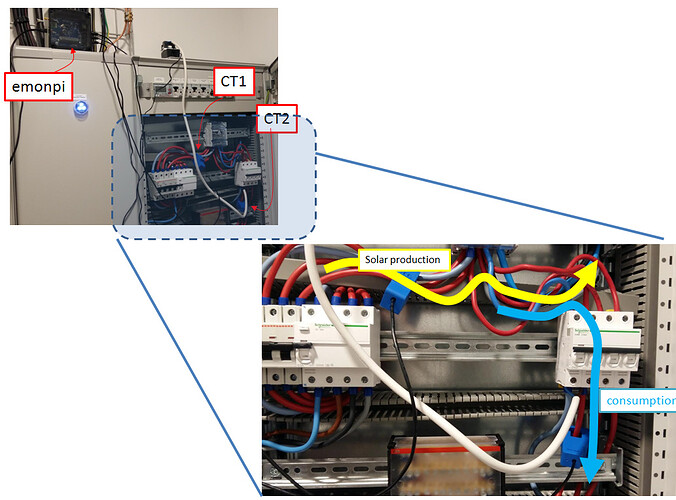 On the 2 occasions I’ve seen this I’ve found a CT was not fully snapped shut or that the CT was being pressed on by a neighboring cable, in both cases there was a slight air gap in the split core causing a difference in readings eg the PV is read as 1kW by the PV CT and also as 1.2kW by the Grid CT if exporting (if wired that way, I cannot tell from your pics).

So assuming the 2 CT readings are used directly in your graph and there is no additional processing to throw things out, I would check for air gaps and/or cracks in the CT split cores.