Been thinking about implementing the IoTaWatt cascading time series database on AWS for some time now. It’s a pretty straightforward flat file system that would lend itself well. AWS pricing is $.012/mo/GB so it looks like about $5/year at most and Moores law says that will go down. 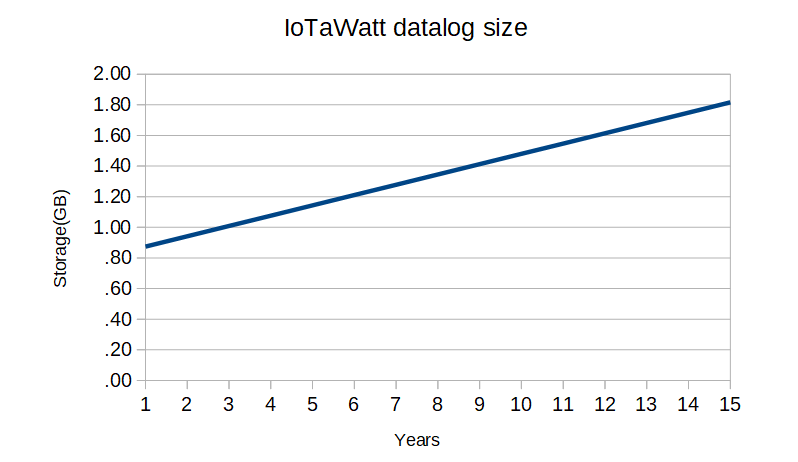 The access method is straightforward and could even work well using MySQL or something. Should be plenty fast for access. Uploading in the native format to AWS would also provide great backup for the local device, and a data repair/restore facility would be straightforward.

The downside is that I will need to get up to speed on AWS and design the APIs to feed and retrieve. The logic is already in the IoTaLog class and IoTaWatt web server code, so it’s really just implementation . If there’s someone out there with those skills that would like to collaborate, it could make this a reality much sooner.

Of course, except for the graph app that I’ve already converted to use IoTaWatt APIs, there is another activity to build visualizations and more analytic tools, particularly for phones.