I have posted my ATM90E26 Energy monitor designs previously. Currently I am running a small crowdfunding to make larger batches and get some resources to complete design of the DIN rail version. It is in various form factors including a featherwing which has been tested with ESP8266, ESP32 (including micropython) and M0. Here is a screenshot of the ESP32 posting data to emonCMS. All the hardware and software is open source. I initially started in Eagle, but all current design is done in KiCAD. I am also adding 3-phase variants of the chip as an option soon. 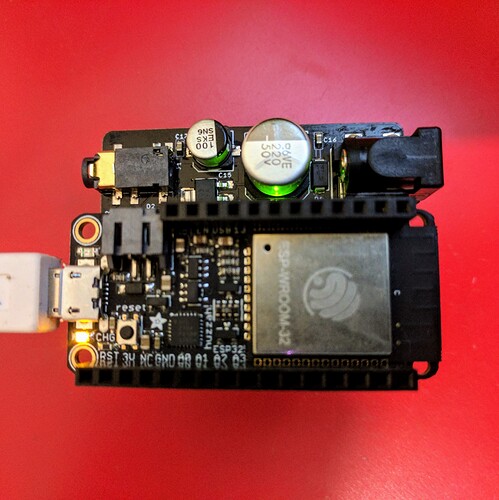 Looks great! Thanks for sharing @whatnick

Thanks for maintaining a great community and all the inspiration @TrystanLea. Would not have taken the plunge without open energy monitor blazing the way.

I think this could be really complementary as another open source hardware monitoring option, especially as it implements ‘continuous sampling’ as part of the atm90e26 chip and the higher accuracy grade potential.

In terms of setup to work with emoncms. Do you have or plan to have a firmware option that works out the box with the option to set the emoncms apikey in the GUI?

Just ordered mine. I can’t wait to receive the featherwing and give it a twirl. I also ordered a DIN rail. All the best to you and your effort.

@whatnick what is the difference between the Energy Monitor Featherwing on crowd supply and the ATM90E26 FeatherWing on Tindie?

There is not major difference except for some minor design iterations and batch manufacture. Also I cannot ship kits individually from Australia due to the weight and postage costs ( I have not large scale logistics set-up). Going via crowdsupply lets me take advantage of their logistics.

Thank you for your reply. I have used Feathers in several projects with much success. I hope all goes very well for you and your team.