Hi folks,
I’ve just come into possession of the emonGLCD and I think it is a super little device.
I’ve modified the firmware to make it work with emonpi, and allow any data/feeds from the emonpi to be sent to it.
It all uses mqtt and it’s all explained here , including providing a configurable sender program so you can chose any emonhub node/feed variable for solar watts, utility watts, solar kwh and utility kwh. 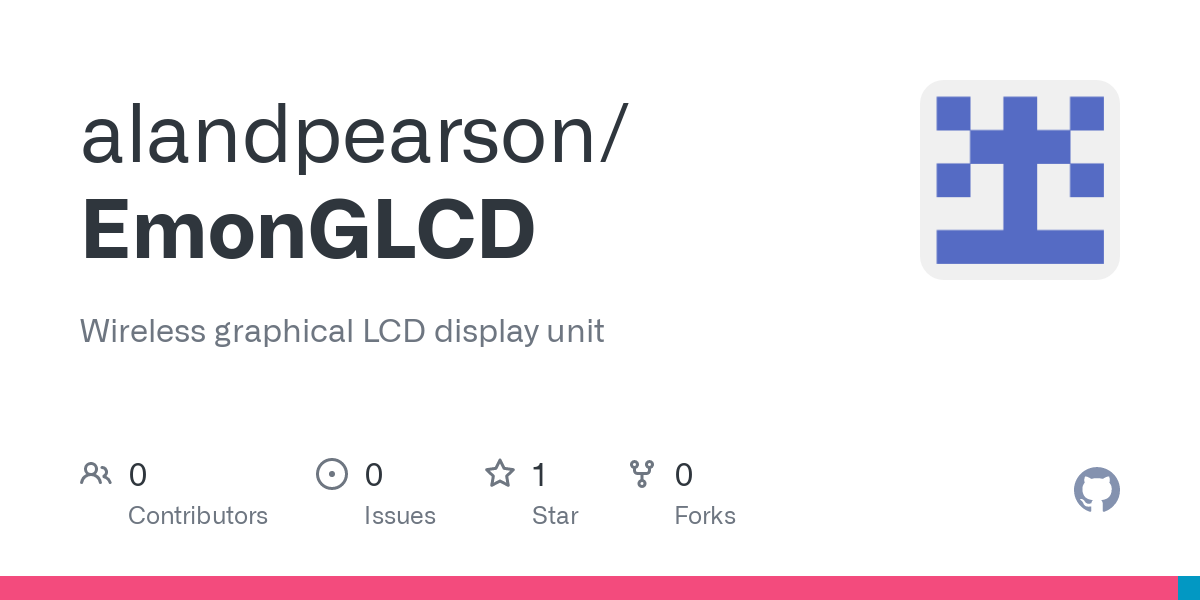 Nice work Alan, seems similar to my idea from last year - although i didn’t use the emonGLCD as the base. 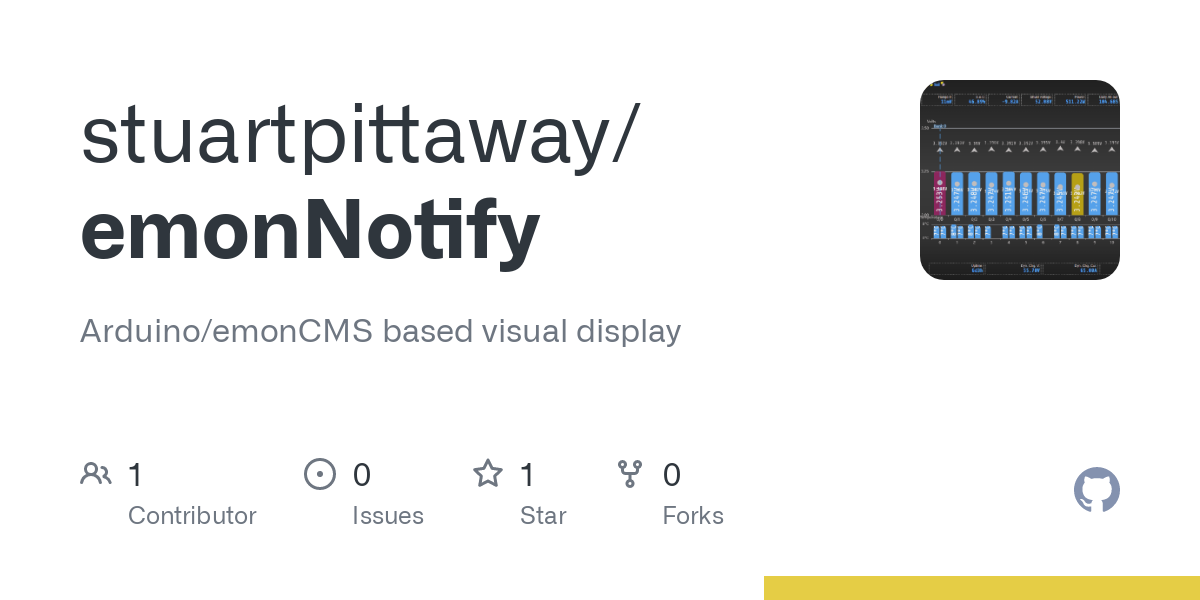 Arduino/emonCMS based visual display. Contribute to stuartpittaway/emonNotify development by creating an account on GitHub.

Unfortunately it didn’t make it into the base code

This commit adds the ability to send feed data over the RFM module in the emonPI… device on a periodic basis. This is the core code for my emonNotify device based on the emonTX v2 PCB and a Nokia 5110 based display - further information and article on building this device is on its way. Arduino code and 3d printing case is here https://github.com/stuartpittaway/emonNotify

That’s really interesting stuff. Do you have any pictures of the display working or the hardware ?

I’d like to take a look and see what it can do, and maybe see if some of the ideas could make it into the emonGLCD (but I’m still learning that whole thing, especially writing to an LCD)…

Fantastic @alandpearson, I’ve been wanting to do this for ages, so props to you for getting it done and thanks for sharing it back!

Will test and merge.

Thanks guys, I just love the thing, so had to get it working.

I’ve added a node-red flow to the repo to make it easier to test than using the perl script updater.