Is anyone running the Android N developer preview?

If so, any chance you could quickly test our Emoncms app? Please let us know if you notice any issues. It’s good to head an early heads up if anything is going to break!

I have it installed on an old Android Nexus. Not using it much honestly.
Anything particular to test ?

my nexus is in French and your app is English, but in the graph below it calls the first letter of each day being in my case
l = lundi
m = mardi
m = mercredi
j = jeudi
v = vendredi
etc

plus it isn’t nicely aligned and in landscape it is even worse with some number going below day … guess the eternal problem with Android and it’s so many screen sizes. From another program I help in beta, only solution is to use vectorised images. If you some day decide to translate it, if you have some kinda xml file with all words/sentences, I can translate to dutch and french. 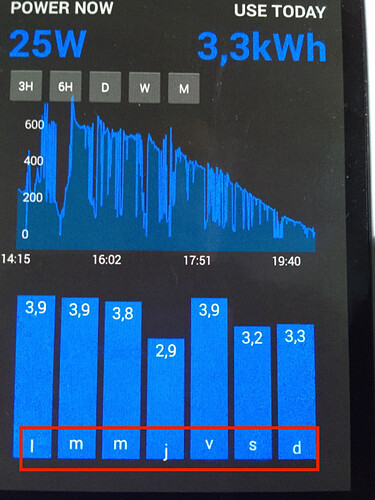 Thanks for testing. Good to see it’s working fine.

I believe the public beta is just a more recent version of the developer preview.

I don’t think the app supports multiple languages, it must be an anonymity that only the days of the week get translated. Do you think all or nothing would be better? I.e unless the app fully supports your phone’s language setting then nothing should be translated. This is probably why the days of the week in French are not properly formatted. Minor issue though. What do you think @JumpMaster?

Only issue is window resizing which I’ve resolved. Also saves the state of the screen on rotation. Only problem I’ve got is as below. Not sure how to fix it without putting the text above and below the bar though. 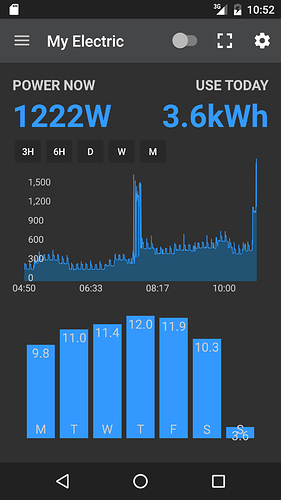 Yep could set the text to be English only. As it’s converting the epoch time to string using the local locale it will go into the users language. Supporting multiple languages is easy and only requires someone to do the hard work of translating the text fields.

A post was split to a new topic: Emoncms Android App Translation

Awesome! Good to hear, I should have asked you first

. The thought just occurred to me after watching some Google IO presentations. Looks like Google are continuing to improve the developer Studio.I started trying to put Android N on my phone but since it’s not a Nexus it’s not as easy.

got latest version today and indeed