hi everyone, just asking for a bit of advice on the best way to wire up the “soon to arrive” DS18B20 sensors to my system.

i have 3x EmonTx v3.4’s in my Fuse box ( monitoring every circuit seperately) so i need to run a cable or 6 from the fuse box to the ceiling and hence to each room.

if i ran all individuals and had 1 on a screw terminal and 1 on a rj45, would i need to modify the sketch of each Emontx, or would they just work?

A fellow countryman of yours, @dBC, has contributed a lot about these sensors very recently, perhaps he can advise?

Whether the emonTx would “just work” depends on the sketch that you’re running. I haven’t got enough sensors to test the latest CM sketch, I think that’s why it’s set to accept 3 only. The earlier ‘discrete sample’ sketch (which works in a completely different way, and if you’ve had your emonTx’s since before mid-October 2019 will be what you use) accepts 6 by default.
But one caveat: the power available to the emonTx from the a.c. adapter is limited by design, so you probably will need a 5 V d.c. USB power supply for that one.
Also note that the power to the sensors using the screw terminals is switched, for those using the RJ45, it isn’t.

thanks for the info, i cant recall what sketch i have( and not sure how to find out), I played with it many moons ago to fix the AC voltage calibration.
i would be on the old firmware as this was all purchased back in 2017, and i havent done anything since the initial calibration.
i power the 3 TX’s from the USB plug and just use the AC for voltage monitoring.

In that case, it’s almost certain that you will have provision for 6 sensors.

What’s your setup apart from the three emonTx’s? Are you using emonCMS ? If it’s local on a RPi, emonhub.conf will tell you.

I have the tx’s with esp8266 sending data to my own server with emoncms logging everything there.

I don’t know what the ESP8266 passes on to emonCMS, but it might just be worth looking at your emonhub.conf. The data structure that’s sent has changed over time, with luck it might be identifiable.

Do the sensors have RJ45? where did you get them from?

sensors haven’t arrived yet, just cheapo from ebay. No rj45 on them, just flying leads

If you do find you have those, and you have the old (not CM) sketch, you should be OK if you permanently power them from 3.3 V, rather than using the emonTx’s switched power (labelled DS18B20 PWR).

thank’s for the heads up. will certainly grab the permanent power.

A fellow countryman of yours, @dBC, has contributed a lot about these sensors very recently, perhaps he can advise?

I don’t really feel qualified to advise on the best way to interface them to the emonTX kit. Most of my work has been on tuning the cpu side of things for maximum robustness. I’m happy to share where I ended up there, but it’s not directly applicable to interfacing them to the emonTx. I can report that 1wire is surprisingly robust once you start tweaking things a bit. I’m away from base at the moment - enjoying Qld’s recent lockdown relaxations, but I left that set up described in the other thread running. So far: 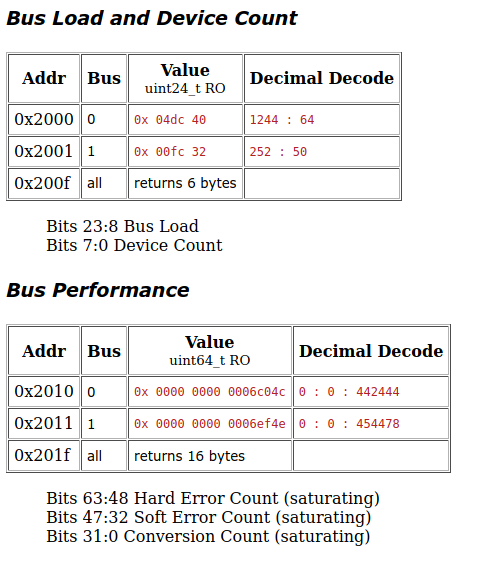 As Robert mentioned, if you post your UIDs when you get them, we might be able to tell you what to look out for.