Can I do this with EmonTX and related hardware. Am happy to hack code, but hardware mods must be minimal.

(And I do want voltage on all three phases, not an approximation based on reading one)

Unfortunately, you cannot do that with one emonTx. The emonTx V3 has only one voltage input, so it looks as if you would need 3 emonTx’s, one per phase. The emonTx on the phase that is common to both installations would use all 4 CT inputs, the other two would use two. You would combine the three sets of outputs in your monitoring system.

Any solution using a more powerful processor is not available to you because it would need serious hardware design and construction.

Thats fine - I’m happy to buy 3x EmonTX but can the emonPI address three of them? (This didn’t seem clear from the site)

Yes, you can have several emonTx’s transmitting to one Pi. There is a small possibility that occasionally, two will transmit at the same time and block one another, but in practice this does not seem to cause a problem.
(The Pi does not request the data, the emonTx transmits when it wants and hopes someone is listening.)

Hi,
If you find that three emonTX’s isn’t good enough, I was in the process of doing a system which might cover what you needed.
I wasn’t happy with the phase stuff and other inaccuracies in my system, and I wanted to move from 8 sensors to 12.
I have somewhat over-engineered my design, it is likely to be capable of 16 CTs on one phase, and another 8 on two other phases. I am designing it as having 4 PCBs stacked, so I personally will only use the first two.
Unfortunately I got distracted by re-writing the software and optimising it, it is currently making an excessive 1.18m conversions a second.
This has meant I haven’t moved from breadboard to the PCB yet, as I am needing to change my power regulation/supply (I wanted to be parasitic off the first phase). I had hoped to have moved past that last month.
So if you haven’t gotten a solution in 2 months give me a shout to see where I am at yet.

Hi. I am interesting in a real 3-phase meter. Also, this week I have installed a diesel generator. I want to monitor the 3 phase main power of the house plus 1 phase from generator.

OK, I’ve realised that for the moment I can order an EmonPI and use the two CT inputs to monitor the single phase grid & generation circuits plus voltage, which is also one of the voltages of the three phase supply. I’ve also ordered two EmonTX to monitor the three phase grid inputs and three phase generation outputs, plus the voltages of the other two phases. Ordered yesterday, so hopefully when they arrive I’ll be able to feedback if it did what I was expecting!

I need a system diagram, but if I understood correctly from what you originally wrote, you won’t be able to calculate real power on the phase of the 3-phase supply that is the one that the emonPi is monitoring from the generator. That’s why I wrote that you needed 3 emonTx’s. (Because you need the voltage and current to be present in the same unit - either an emonTx or the emonPi - to calculate real power.)

Yes, you are completely correct - and before I read this, I’d actually installed the two devices, got a bit puzzelled, and just worked it out, that yes I need 3xEmon TX, and I need to do this not only to work out the real power, but also so it can work the direction of current flow correctly.

You should be able to monitor the 8 circuits with the 2x emonTx and 1x emonPi. You just need to use one of the emonTx’s on the single phase as it has 4 ct channels to also monitor one of the 3 phases too.

The emonPi will be ok to monitor either of the other 2 of the 3phases, just not the one that is common to the single phase circuit. the 3rd phase will be monitored by 2 channels of 2nd emonTx, leaving 2 unused channels.

@pb66
I see what you’re getting at, but Linus wrote that he has two separate voltage feeds. If the one with the emonTx that uses all 4 inputs is isolated, he loses his power measurement on the other feed.

Thanks for both your advice, I have now ordered a third EmonTX as it will be the most accurate approach.

As you said a schematic would help, but I read the discussion to suggest the single phase was common to one of the 3 phases. As per you original suggestion to use 3 emonTx’s but then one got swapped out for an emonPi, this should still work as long as the emonPi goes on any of the “other” 2 phases and not the one that’s common to the single phase.

an EmonPI and use the two CT inputs to monitor the single phase grid & generation circuits plus voltage, which is also one of the voltages of the three phase supply.

EDIT - replied at the same time as @linus, not relevant now.

Robert , there is 8 analogue pin on Arduino board , why emonTx’s not break out pin A6 & A7 for such purpose

Don’t ask me, I did not design the latest emonTx. However, the design drawings (and the parts list, I think) for the emonTx V2 are still available, and that does give you access to all the analogue ports. So it is possible for you to send those drawings to a local pcb manufacturer and have one or more made. 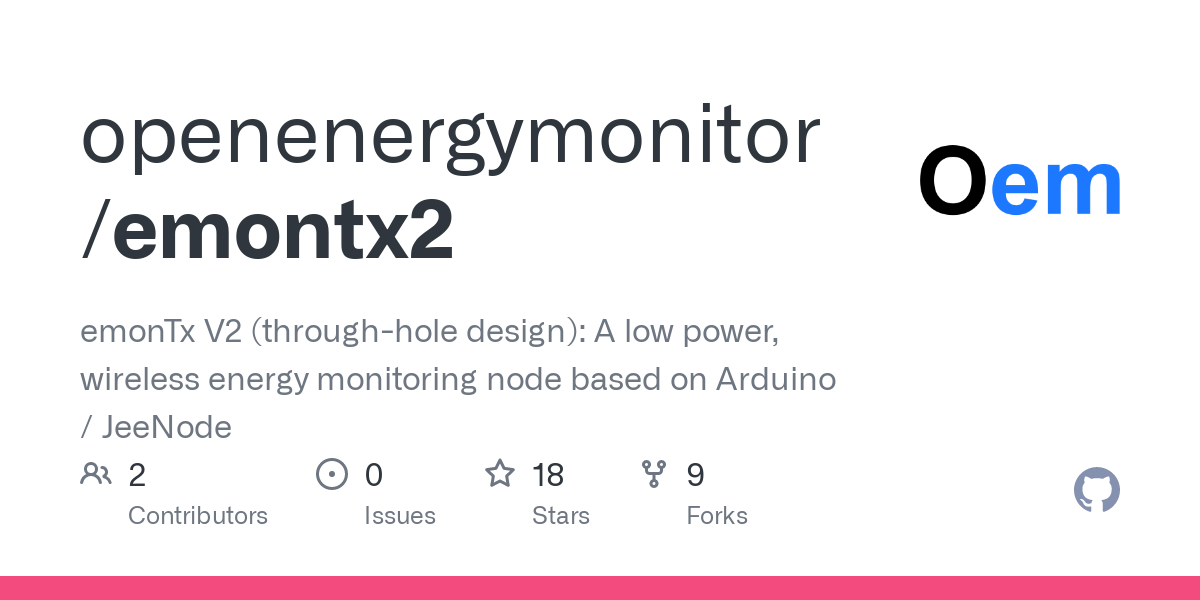 [Edit]
Having checked, I see the emonTx V2 pcb is still available in the shop, but you need to source almost all the components yourself.

no it is not , I’ve check all the schematics and wonder, why any body yet, not use all pins , however as my previous topic , I made PCB with ESP and all break out arduino analog pin and intend to share it with this community and have people opinion , but I don’t know where should I put it ? is there topic for such task ?
tnx 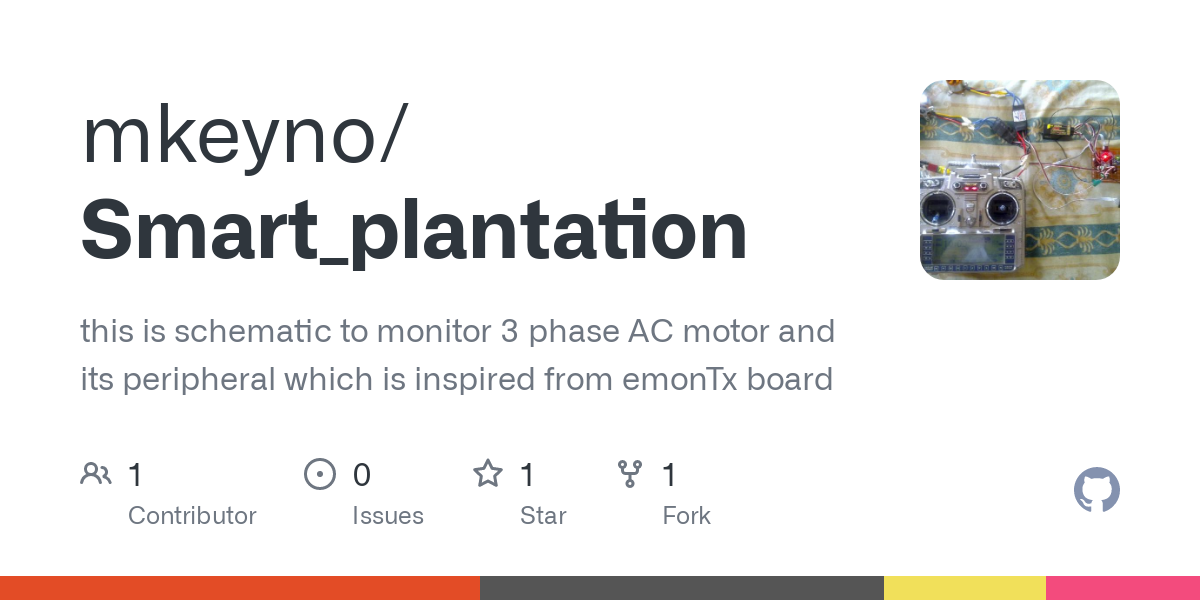 GitHub - mkeyno/Smart_plantation: this is schematic to monitor 3 phase AC...

The emonTx V3.4 is a unit that has been designed for a specific function. Following the ‘Open Source’ philosophy, the designers have made the design, and the designs of all its predecessors, freely available. Therefore, you are free to use and alter those designs in whatever way you wish.

There is no specific forum or topic, if you post here, and someone is interested in your project, then they can find it.